Dale Earnhardt Was “Disappointed” With Dale Jr.’s Smoking Habit, But It Was Amy Who Got Him to Quit 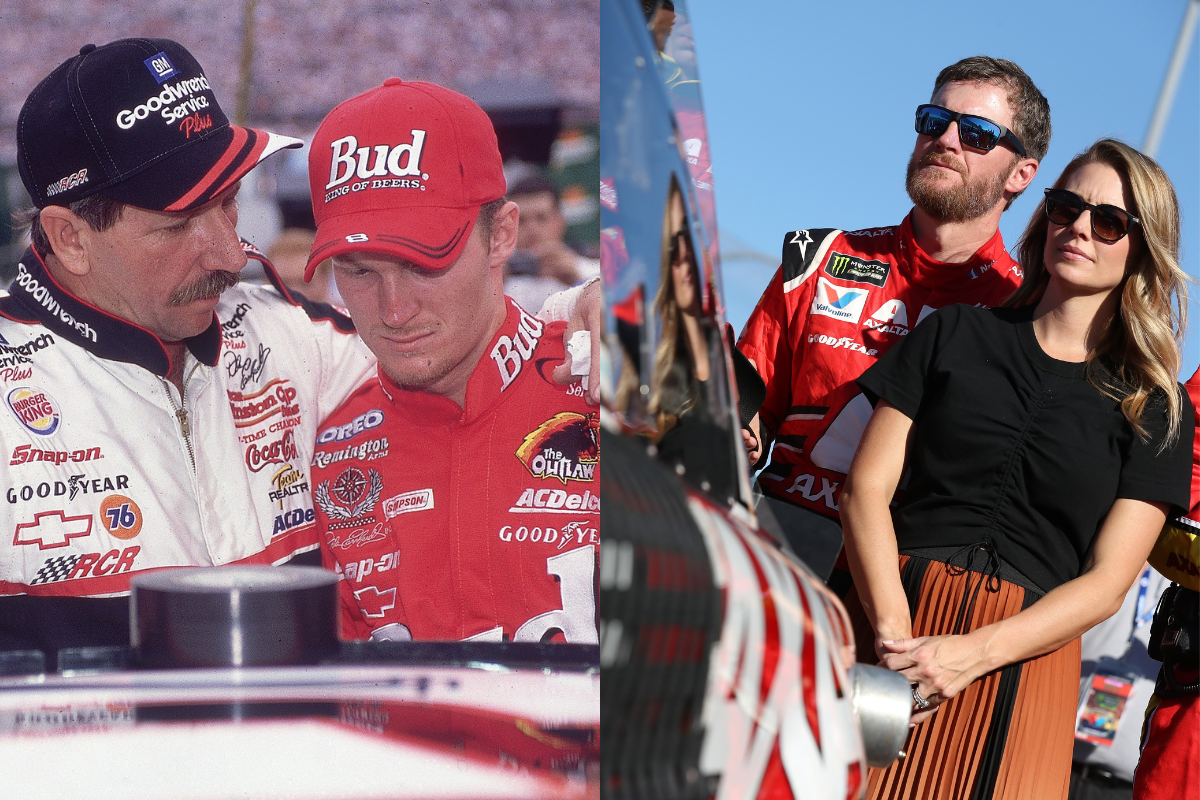 When he was in his mid-20s, Dale Earnhardt Jr. was seriously hitting his stride as a NASCAR driver. After winning back-to-back Xfinity Series titles in ’98 and ’99, he became a full-time driver in the Cup Series, where he would eventually win two Daytona 500s and the Most Popular Driver award a record-breaking 15 times.

During this time, Junior was also in the throes of a nasty habit. He was smoking cigarettes, just like his mom, uncle, and grandparents before him. Dale Jr.’s dad, seven-time Cup champion Dale Earnhardt Sr., seemed to be the only one in the Earnhardt family, or in NASCAR for that matter, who wasn’t smoking. Even though he was well aware that his father didn’t approve of him chain smoking, Dale Jr. kept at it for the first 15 years of his racing career.

Today, it’s been more than 10 years since Junior has touched a cigarette. And, while his dad’s aversion to his smoking habit has stuck with him to this day, it was ultimately his wife Amy who got him to quit smoking.

Dale Earnhardt Sr. was likely adamantly against smoking for personal reasons. After all, his father, Ralph Earnhardt, passed away at the age of 45 from a heart attack. Health was probably at the top of Dale Sr.’s mind after his father’s death, and he was probably more than aware of the risks associated with smoking. And, while The Intimidator never put his foot down about it (his son was, after all, a grown man who could make his own decisions), Dale Jr. knew that his dad absolutely hated the fact that he was smoking.

“When I was a kid, everyone seemed to be smoking except for dad for whatever reason. He just never did,” Dale Jr. told NBC Sports back in 2019. “He knew I did, and I never, ever would have let him see me holding a cigarette. He hated it. We never had a conversation about it. He might have said a few times, ‘You need to effing quit that.’ Or something like that real short. I know that was something that extremely disappointed him.”

When Junior started dating his now wife, Amy, he was still an avid smoker. She put up with it for a few months, but much like Dale Sr., she disapproved of the habit. But, unlike the late NASCAR legend, Amy insisted that Dale Jr. quit. In fact, she pretty much gave an ultimatum.

“She said, ‘Yeah, if you’re not sure, and this is something that is going to be part of our relationship going forward, I just don’t know. So that was a tough conversation that had to be had, and I finally figured out how to get it out of my system when I truly wanted to quit. You have to have that conviction to do it, but it was really, really hard.”

These days, after a decade of life as a non-smoker, Junior not only feels healthier, but also more actively social, whereas before he’d “just sit in the house and play video games” because it allowed him to smoke. Considering that a lot folks go decades and decades before kicking the habit or even go their whole lives as smokers, Junior can go on living a long and smoke-free life.

Good for you, Dale!