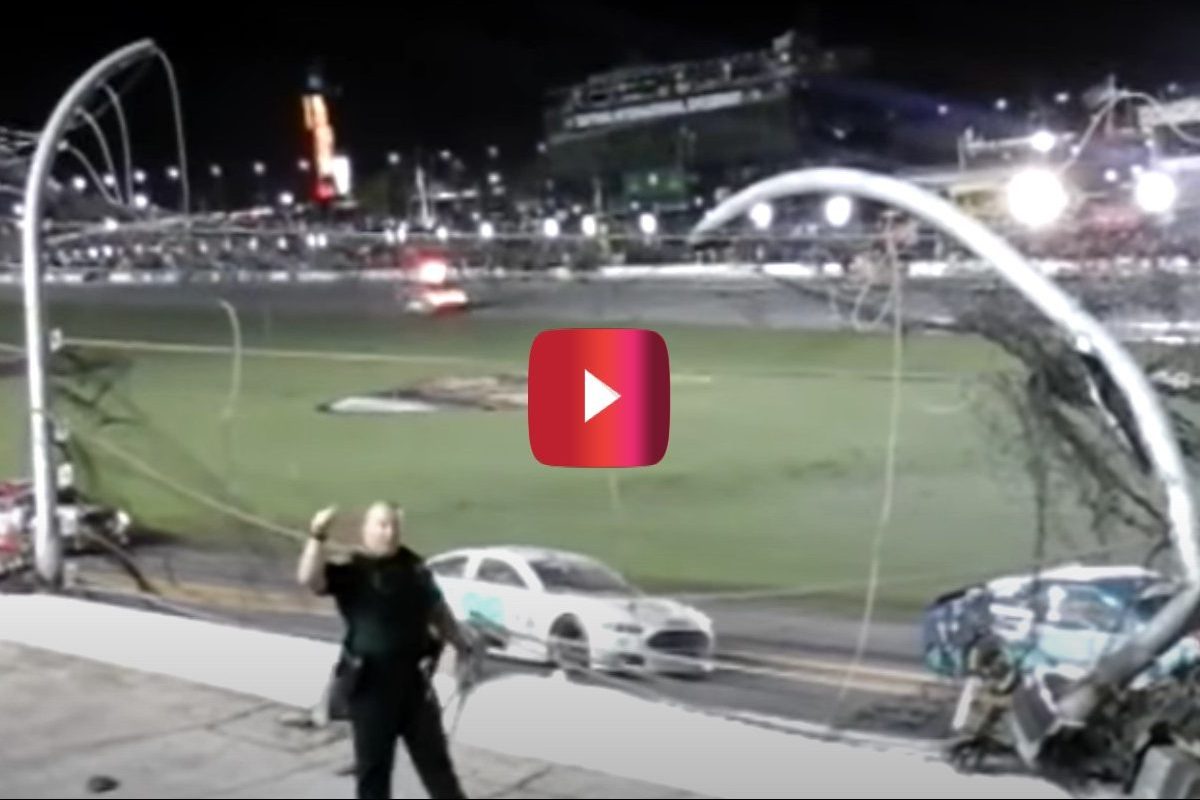 If you’ve ever wondered if that safety fence around a NASCAR track can actually stop a car from going into the crowd, here’s your answer.

A front-row spectator captured Austin Dillon’s insane high-speed wreck right during the last two laps of the July 2015 Daytona race, and it’s beyond intense. Let’s just say that if it weren’t for that fence, this accident would have been much more deadly.

I’m actually a bit impressed that this didn’t seem to phase the cameraman at all. He kept the camera steady pretty much the entire time, even after he almost dies, and regardless of the wreckage, he still manages to keep it focused on the action.

By the looks of it, I think it’s safe to assume that some of the spectators got hit with some pieces of debris, but overall, I’m surprised at how well that fence took the direct blow.

After the wreck, you can hear some of the spectators’ reactions to the carnage. Safety crews are quick to jump to the scene of the accident. The camera man pans back to the fence, and it’s pretty wicked to see just how torn up it got. Being on the first row is cool and all, but having a car fly in your direction at 200 MPH may make you reconsider your seating choice. Then again, he did get a viral video out of it.

While this isn’t the first time we’ve seen use out of these catch fences, this video certainly features a unique angle that you won’t see very often. At least now you can know for sure that you can trust them to keep you safe. Thankfully, for as intense as the crash was, all of the spectators made it out of the incident alright, and they’ll have one crazy story to tell.

MORE: Austin Dillon’s Wife Whitney Has an Impressive Career in Her Own Right