When it comes to NASCAR, you can't discuss the highest of the highs in the sport without also acknowledging the lowest of the lows. It's all well and good to delve into the exciting and down-to-the-wire races that have gone down at Daytona International Speedway and Talladega Superspeedway over the years, but it's also a tragic fact that there were 28 deaths in the NASCAR Cup Series from 1952 to 2001. Most fans remember the fatal crashes of Dale Earnhardt, Kenny Irwin Jr., and Neil Bonnett. But, around three decades before those notable losses, the NASCAR community mourned the death of Glenn "Fireball" Roberts.

Known simply as Fireball Roberts during his career, the Florida native was a massive fan favorite throughout the 1950s and 1960s. His untimely death at the 1964 World 600 at Charlotte Motor Speedway devastated fans but also eventually led to two important safety implementations that changed NASCAR for the better.

From Pitching a Fastball to Racing Fast 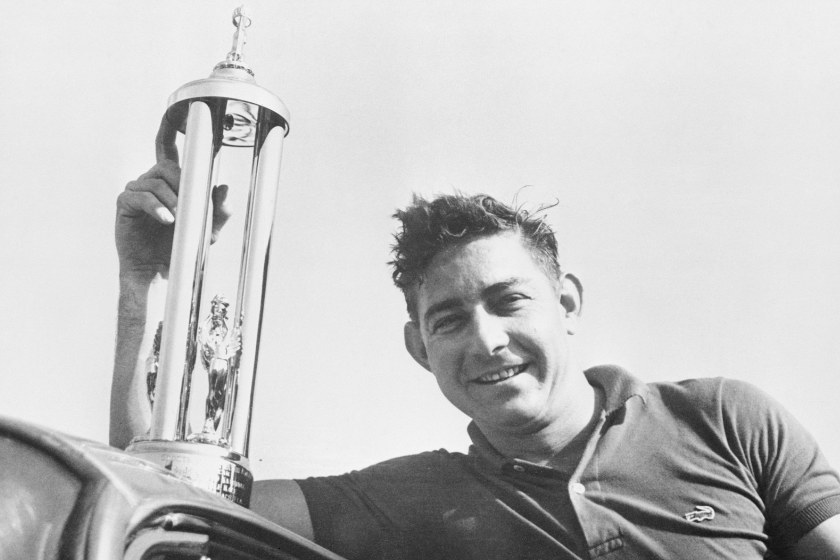 Born in Tavares, Florida, on January 20, 1929, Glenn Roberts spent most of his young life in the city of Apopka. As it turns out, Roberts' iconic nickname did not come as a result of his exploits behind the wheel. While he was interested in stock car racing from an early age, Roberts was also a talented baseball player. As a pitcher for the Zellwood Mud Hens, which was an American Legion baseball team, he earned the nickname "Fireball" because of his fastball. Ultimately, Roberts would trade in his fastball for the opportunity to drive a race car really, really fast.

Roberts' passion for racing really kicked into gear while he was a student at the University of Florida (he had enlisted with the U.S. Army Air Corps in 1945 but was discharged after basic training due to asthma). Roberts would race on dirt tracks during the weekends, and when he was 18, he raced on the Daytona Beach Road Course for the first time. The next year, Roberts won a 150-mile race at Daytona Beach, and he continued to race in local stock and modified races throughout the '40s.

Eventually, Roberts moved up to the NASCAR Grand National Series in 1950, and in his 206 career races, he earned 33 wins and 122 top-10 finishes. Some of his major victories included the 1962 Daytona 500 (he beat a young Richard Petty that year) and the Southern 500 in 1958 and 1963. He also dabbled in sports car racing, nabbing a class win at the 1962 24 Hours of Le Mans behind the wheel of a Ferrari 250 GTO entered by the North American Racing Team.

Aside from his accomplishments on the track, Roberts was also considered to be an important leader among NASCAR's other drivers. In the early '60s, he and fellow driver Curtis Turner teamed up to organize the Federation of Professional Athletes. NASCAR president Bill France eventually disbanded the Teamsters' Union affiliate, but Roberts' commitment to the sport truly resonated with drivers and fans alike. 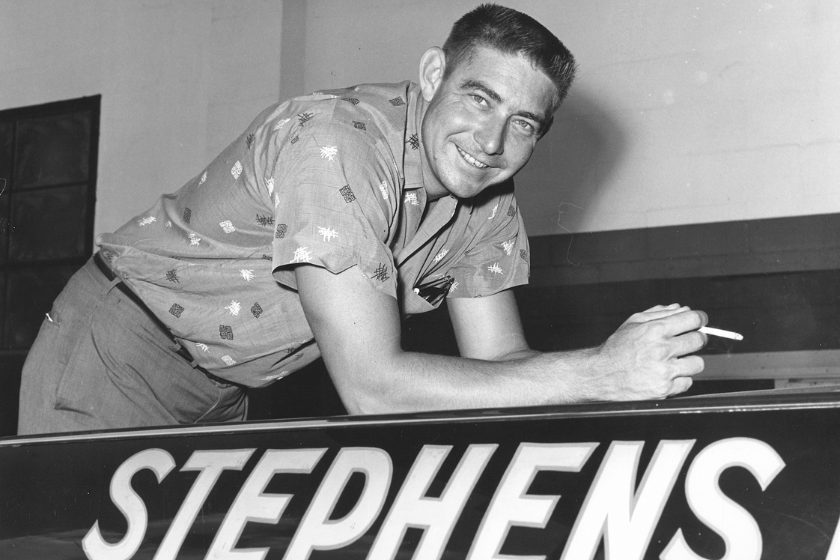 May 24, 1964: the date of Fireball Roberts' fatal crash at the World 600 at Charlotte Motor Speedway. Driving the No. 22 Ford for Holman-Moody, he qualified in the 11th position, which put him right in the middle of the pack. On lap seven of the race, Ned Jarrett and Junior Johnson collided and spun out. Roberts attempted to avoid the collision, but he ended up crashing into the retainer wall, which ruptured his car's fuel cells and caused a massive explosion. As Roberts' Ford was engulfed in flames, Jarrett rushed over to save his friend. By the time Roberts was pulled from the wreckage, second-and third-degree burns had covered over eighty percent of his body. He was airlifted to a hospital in critical condition.

For the next several weeks, Roberts fought for his life. Sadly, on June 30, he contracted pneumonia and sepsis. The following day,  he slipped into a coma. On July 2, Roberts died from his burns. He was only 35. His death sent shockwaves through the auto racing community. To make things even sadder, Roberts had reportedly meant to retire shortly after the Charlotte race, as he had just taken a public relations position at the Falstaff Brewing Company. Needless to say, the inscription on his gravestone showed just how much Fireball Roberts meant to NASCAR as a whole. It reads, "he brought stock car racing a freshness, distinction, a championship quality that surpassed the rewards collected by the checkered flag."

In the days that followed, NASCAR worked tirelessly to make sure that the horrifying manner in which Roberts died would never be duplicated. They worked with Simpson Performance Products, helmed by the late Bill Simpson, to create fire-retardant suits. Gone were the days of simply wearing t-shirts behind the wheel. By 1965, NASCAR required all drivers to wear these suits, and just a year later, a fire-resistant material called Nomex was invented and immediately integrated into the new suits. Another safety change in the aftermath of Roberts' death was the development of the Firestone FireSafe fuel cell, which used a tear-resistant rubber bladder filled with void foam that was meant to eliminate fuel spillage and the subsequent explosion caused by it.

Aside from the safety changes that were made in the wake of Roberts' death, he is memorialized in NASCAR history in a variety of ways. In 1998, as part of NASCAR's 50th anniversary, he was named one of NASCAR's 50 Greatest Drivers, despite never having won a championship. He is also a member of several halls of fame, including the International Motorsports Hall of Fame, the Motorsports Hall of Fame of America, the Florida Sports Hall of Fame, and the NASCAR Hall of Fame. You may have also seen the Fireball Run reality series started in 2007 that covers 40 teams that compete in an eight-day, 2,000-mile race while answering trivia questions. It's clear that, even though Fireball Roberts' life was cut tragically short, his impact on NASCAR is still felt to this day.