A pass with 16 turns to go that would decide a Formula One world champion. Team principals calling foul over the radio. The head race director fired.

To say that the end of the 2021 Formula One racing season was wild would be an understatement: it was pure chaos.

F1 racing fans watched controversy play out in real time in Abu Dhabi when Red Bull Racing's Max Verstappen took the World Championship trophy over Mercedes-AMG Petronas' Lewis Hamilton. Verstappen passed Hamilton, who had led the race for 58 laps, on turn five of the last lap following a yellow flag restart and a highly-debated decision by race director Michael Masi that put Verstappen in position to do so.

In the wake of the race, Masi was removed as F1 race director after an investigation ruled that he botched the finish of the title decider. The entire debacle has fans eagerly awaiting the 2022 rematch. And, with new rules and car restrictions set to take effect this year, including a tightening of aerodynamic restrictions and a lower budget cap level, it's anyone's race.

Here are the top five drivers to watch in this upcoming 2022 Formula One season. 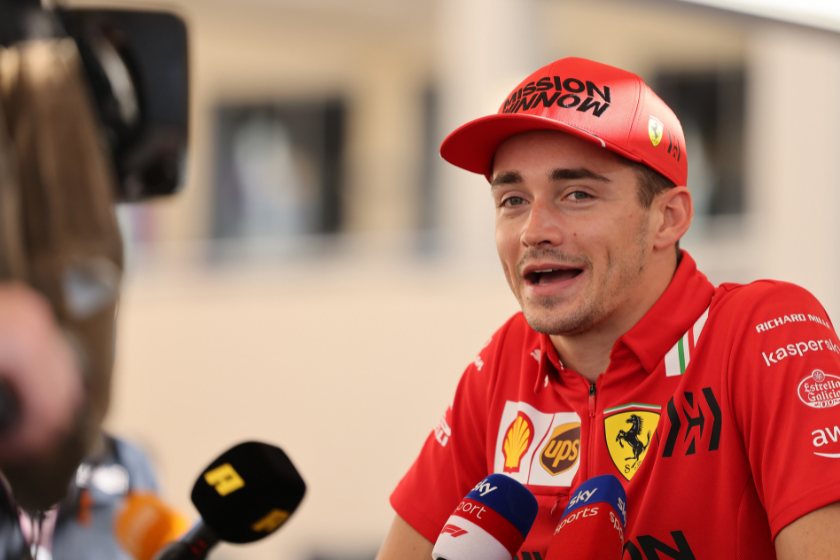 Anyone following the sport most likely expected Carlos Sainz Jr. to make this list -- he had a stellar 2021 season with Ferrari, consistently scoring points and landing himself on the podium four times.

However, Charles Leclerc goes into the 2022 season with something to prove. In the Monaco native's first season with the Italian-based team in 2019, Leclerc recorded ten podium finishes, two wins, four fastest laps, and the most pole positions of any F1 driver that season. He finished fourth in overall standings ahead of his then-teammate, four-time world champion and current Aston Martin driver Sebastian Vettel.

Expectations were high for Leclerc when Vettel left the team and Leclerc became the No. 1 driver, but his lackluster seventh-place finish behind teammate Sainz (fifth) last year has cast some doubt on the driver.

At testing in Barcelona, Feb. 23-25, Leclerc placed fifth overall and ahead of his teammate, proving he feels comfortable in his car and is out to remind everyone why he's Ferrari's No. 1 driver. 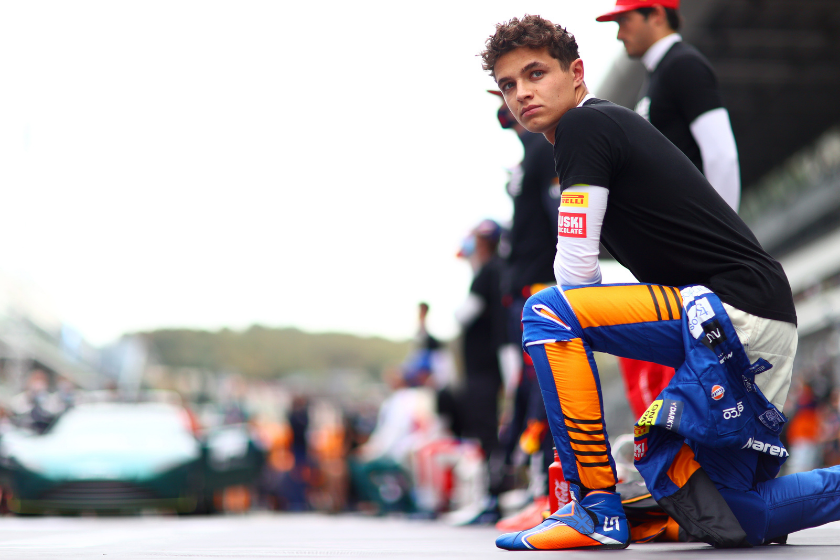 Between his enthusiastic, charismatic charm and his exceptional skills behind the wheel, Lando Norris has become the darling tour-de-force of Formula One. The British-Belgian racing driver seems to get along well with his teammates, is popular in the virtual racing world, and consistently brings home points to McLaren Racing.

Though he narrowly finished sixth behind his former teammate Sainz last season, he finished atop the podium four times and snagged pole position once. At testing in Barcelona, Spain this past February, he finished fourth overall.

Norris is still seen as a rising star. His contract extension with McLaren keeps him at the team until at least 2025. He brings youthful humor to the sport (he's still only 22 years old), while also competing at the highest levels.

Zak Brown, CEO of McLaren Racing, has said that while Norris may not be on the same level as Hamilton and Verstappen as far as experience, Brown believes he's right there in terms of speed, and that he "can be counted among the best drivers now."

Though his teammate, Australian driver Daniel Ricciardo, has a more impressive racing résumé, Norris may just be the McLaren driver to watch this season. 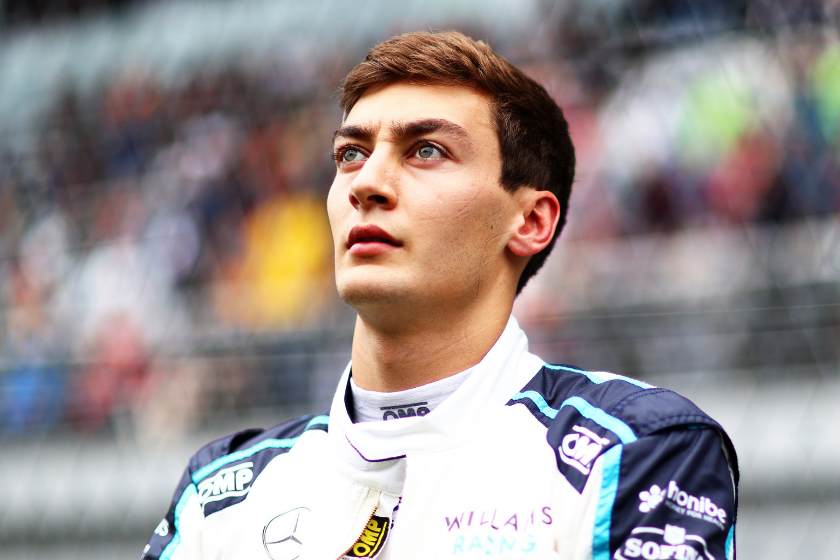 George Russell spent three years at a struggling Williams Racing team making the most of his time in the back of the pack gaining experience and fighting not to come in last. Despite the challenges presented by his inadequate car, the British racing driver claimed his first Formula One podium finish last season (albeit an award for qualifying performance due to inclement weather on race day).

He replaces Valtteri Bottas, who now races for Alfa Romeo, as the No. 2 driver at Mercedes in 2022.

Mercedes' decision to put Russell in the car doesn't come as a shock. In 2020, as a reserve driver for the team, Russell stood in for Hamilton at the Sakhir Grand Prix in Bahrain following a positive coronavirus test from Hamilton. Russell qualified second narrowly behind Bottas, but took early control and led most of the race. After a mistake by mechanics in the pits, Russell finished ninth in the race, but was still praised by the media and the Mercedes team for his performance.

Between his innate skill and the power of the Mercedes car, Russell is set to have a standout first season with the team. The question remains whether he'll play nice as a teammate and support Hamilton in his revenge season, or if he'll do anything it takes to put himself on the top spot. 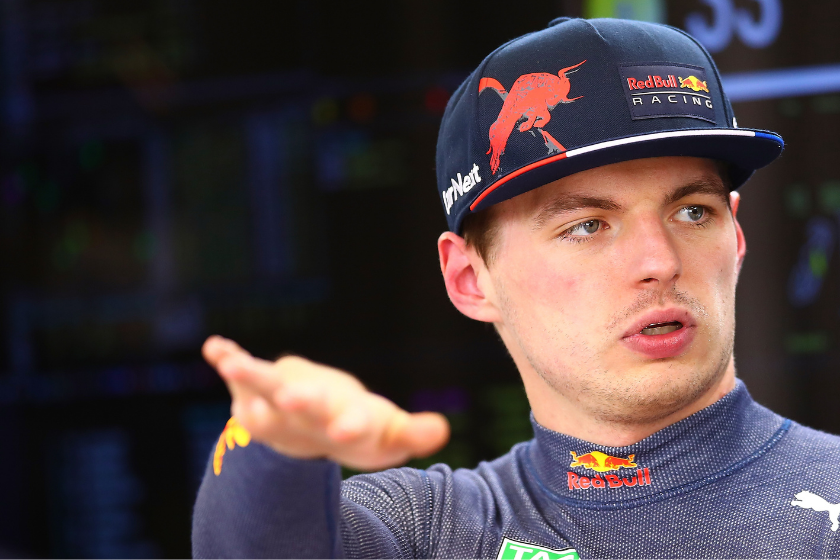 Max Verstappen has had an exciting and explosive career since he entered the F1 scene in 2015. Known for his aggressive style, Verstappen has quickly risen through the ranks to become one of the top drivers in the sport.

So, why does the reigning World Champion get the second spot in this list? Because many believe this title was given and not earned. When Red Bull's team principal Christian Horner got on the radio and compelled the FIA to bend the rules to put Verstappen in a better spot at the end of the Abu Dhabi Grand Prix, it threw into question his credibility as the true world champion.

This next season will be vital for Verstappen as he attempts to defend his controversial championship. 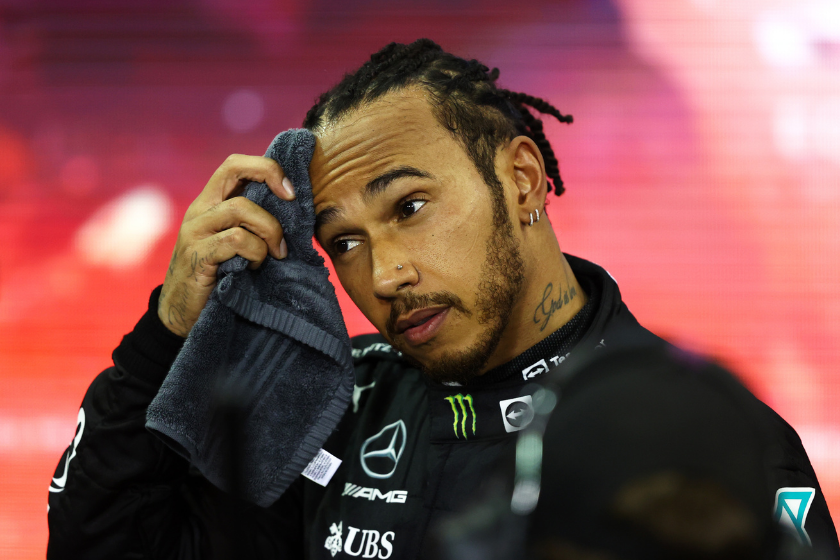 Lewis Hamilton is one of the best drivers in Formula 1 history (some argue he is the best of all time). He keeps breaking Formula One records -- most wins, most points, total podium finishes, to name a few -- and is currently tied for most world championship wins with Michael Schumacher, whose son Mick Schumacher currently races for the Haas F1 team. He was set to break that record in Abu Dhabi in 2021, before Verstappen overtook him for the title.

Hamilton did not speak to media after the title race, and then opted not to post on social media for two months, leaving fans questioning whether he would even return to the sport. In February, he made his first appearance in front of media since the Abu Dhabi Grand Prix at the Mercedes 2022 car launch, saying he never considered retiring, but he did reevaluate his relationship with the sport.

All eyes will be on Hamilton when he climbs into his Mercedes this season. The racing legend from the United Kingdom has nothing to prove to his fans, but we may well get to see him break the ultimate record while racing in what could be his most competitive season yet.