The Burton family has stock car racing in their blood. You have Jeff Burton, who raced for over 20 years in the NASCAR Cup Series and currently works as a analyst for NBC Sports. There's Ward Burton, Jeff's brother, who won the 2002 Daytona 500 and raced for nearly a decade in NASCAR's highest level. Jeb Burton, Ward's son, currently races in the NASCAR Xfinity Series. Finally, you have Jeff Burton's son and the youngest of the bunch: 21-year-old Harrison Burton.

Driving the No. 21 Ford for Wood Brothers Racing, Harrison is about to complete his first full season in the NASCAR Cup Series. Burton described his first season as a "letdown," as he raced to only one top-10 and a top-five finish this year. But, the young gun still has plenty of time to find his footing. Plus, as one of the stars on the new TV show Race for the Championship, more people are getting the chance to see the true potential in the young gun from Huntersville, North Carolina. 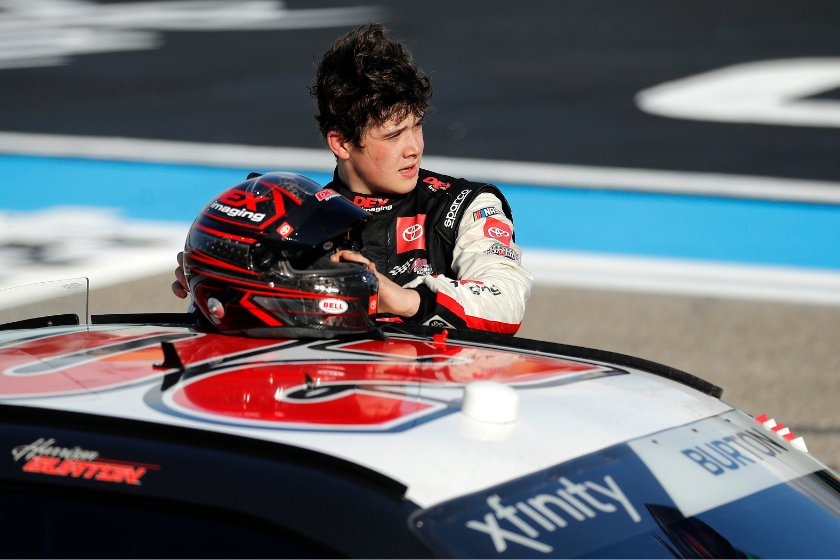 Harrison Burton pretty much took the typical road to the NASCAR Cup Series. He started out in go-karts as a young child, made the switch to late models as an early adolescent, and then did his time in the NASCAR feeder system, running in the ARCA Racing Series and the NASCAR K&N Pro Series East.

Burton got his shot at NASCAR's premier level in 2016 when he signed with Kyle Busch Motorsports for the Camping World Truck Series. His first full season with the team came in 2019, during which he finished 12th in the standings. Burton also raced in several Xfinity Series races for Joe Gibbs Racing that year. He got his first taste of the take-no-prisoners style of racing in the big leagues during the race at New Hampshire Motor Speedway when Paul Menard intentionally wrecked him. Menard claims he did what he did because Burton was racing him dirty, but Burton, despite only being 19, stood up for himself against the wily vet.

"I guess Paul got tired of me beating him so he just wrecked me," he said. "There's nothing more to it. He just wrecked me. It's frustrating. I worked my butt off to be the best that I could be there at the end and then we just get wrecked for no reason."

In 2020 and 2021, Burton ran two full seasons for JGR in the Xfinity Series, finishing eighth in the standings both years. On April 25, 2021, Burton got his first shot in the NASCAR Cup Series, running the race at Talladega Superspeedway in the No. 96 Toyota for Gaunt Brothers Racing. This made him the first driver born in the 2000s to run a Cup Series race. On July 15, 2021, Burton was named the driver of Wood Brothers Racing's No. 21 Ford Mustang for the 2022 season.

Unfortunately, Burton never really found his footing during the regular season, with his best finishes coming at Atlanta Motor Speedway (10th) and Indianapolis Motor Speedway road course (third). As Burton told Sports Illustrated in late August, it wasn't the start he was hoping for.

"It's definitely been a letdown for me personally," Burton said. "I wanted to come out and do a really good job and I feel like I made a lot of mistakes early. I'm just trying to get better and better each weekend."

"If I could give it a grade, I wouldn't give it a good one. I think we've got to run better. There have been a lot of missed opportunities on our end. I think of cars that we had that were fast and I made mistakes or just missing opportunities throughout the weekend to get decent finishes."

While Burton is the only full-time Cup driver for Wood Brothers Racing, he does still have NASCAR vets offering him advice along the way. Earlier in the season, he got the chance to chop it up with Joey Logano, who started racing in the Cup Series when he was just 18 and knows what it's like to be a young driver and racing against the best of the best. With that guidance, Burton has been able to put his first season into perspective and remains determined to finish the season with a strong showing in the playoff races.

"You don't want to pick yourself apart, but you also need to know what you could have done better," Burton said. "That's a balance. I tend to be really hard on myself and want to be the best I can be, so every mistake I make, I kind of wear it on my sleeve." 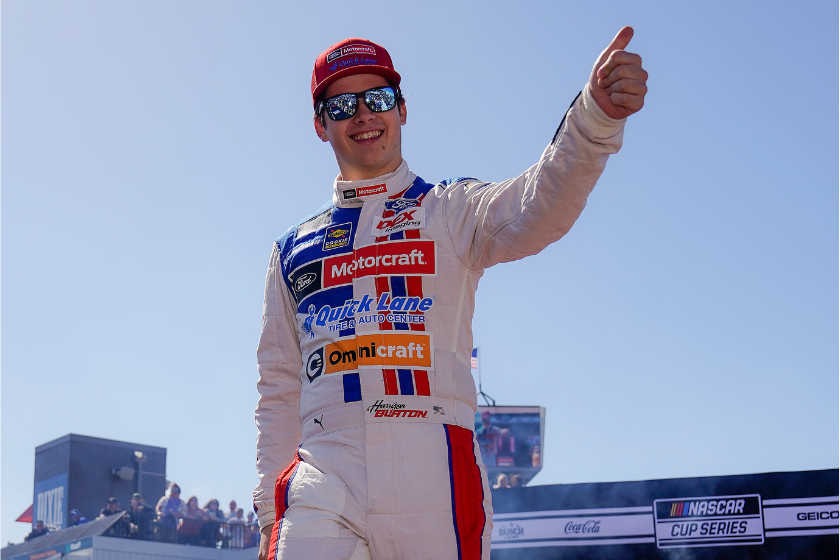 Harrison Burton is one of the many stars of Race for the Championship, a 10-episode series on the USA Network that gives a behind-the-scenes look at the drivers competing in the NASCAR Cup Series. As the youngest member of the show, Burton is just happy to soak it all in.

"I'm just trying to kind of enjoy that. It's cool having the opportunity to be a rookie in the Cup Series and doing it at 21 is pretty fun, for sure."

Ultimately, Burton is happy to have this unique opportunity to introduce himself to NASCAR fans. It's one thing to watch him race every weekend, but he really wants folks to get a closer understanding at something that we all have already assumed: being a NASCAR driver is really, really hard.

"I think I'm probably the most excited to see what you all think about what we go through," Burton said. "I'm really interested in what the fans do, too. Everyone has jobs that are stressful, right? Or there's moments at your job that are stressful and seeing how what we do is really fun and we're really fortunate to be able to do what we do. But, at the end of the day, it's still your job."

MORE: Austin Cindric Is a Rookie of the Year Lock, But How High Can NASCAR's Newest Star Fly?