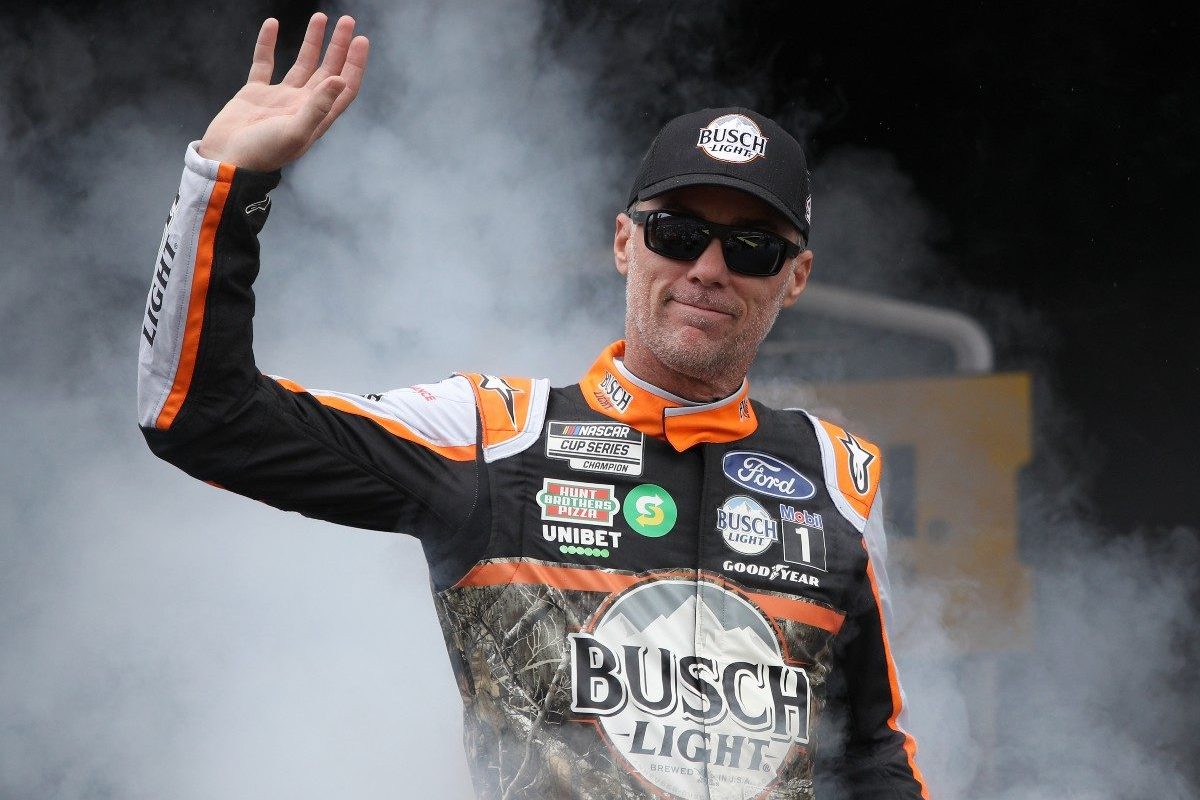 On Sunday, the 2021 NASCAR Playoffs’ Round of 12 got cut down to the Round of 8, as Kevin Harvick, Christopher Bell, Alex Bowman, and William Byron were eliminated from playoff contention at the Charlotte Motor Speedway Road Course.

Harvick’s exit had some karmic undertones, as he ended up crashing into the Turn 1 SAFER barrier, where earlier he turned Chase Elliott, Harvick’s rival since mid September.

As Kyle Larson celebrated his Bank of America Roval 400 win in victory lane, Harvick, who finished 33rd, was asked if his contact with Elliott was retaliation for Elliott’s actions at Bristol Motor Speedway several weeks prior.

Christopher Bell, who finished eighth, was penalized earlier in the race for speeding. The driver of the No. 20 Toyota Camry for Joe Gibbs Racing also had a number of other problems throughout the race.

“Two words, rear grip,” Bowman said after the race. “I don’t know we just couldn’t quite hit it. We were struggled and I made a lot of mistakes driving too, but ultimately we weren’t fast enough to go up there and compete for the win. Came away with an eighth place finish, which is a lot better than it was looking like we were going to have today.”

Alex Bowman came away with a 10th-place finish, although the driver for Hendrick Motorsports was plagued by battery issues.

“We knew we had a volt issue,” Bowman said. “It acted like it threw the belt. So, we came down and put a belt on it and it didn’t. Don’t know what we had going on, but it’s unfortunate.”

“It’s tough to make a car live long here without any brake fans and tire cooling, but [crew chief Greg Ives] and all the guys on the No. 48 Ally team did such a good job letting me know what I needed to do to get it to the finish line and what I could and couldn’t do with fans; and we put a battery in it at one point and kind of went from there.”

“I hate it. I’m glad we got a top 10. I’m exhausted. I’m just mentally drained after the roller coaster that was.”

William Byron had a frustrating end to his playoff run, as Tyler Reddick made contact with Byron’s No. 24 car with 19 laps to go. Byron was fighting for second place, but the contact effectively eliminated his promising chances. Byron ultimately finished 11th.

“I know it was a mistake but it doesn’t make any difference,” Byron said. “The awareness there of that situation: A guy running for the playoffs — first guy on new tires and probably going to win the race — and just lack of awareness there. I feel like if the roles were reversed, I would be aware.”