Daniel Ricciardo has had a lackluster, if not abysmal, start to the 2022 Formula One racing season. With the season about a third of the way done, he currently sits at No. 11 in the driver standings behind surprises like Valtteri Bottas in the No. 7 Alfa Romeo Ferrari, Kevin Magnussen in the No. 10 Haas Ferrari, and former teammate Esteban Ocon in the No. 9 Alpine Renault.

With a contagious grin and seemingly easygoing nature, Ricciardo is easily one of Formula One's most popular and well-liked drivers -- and one of the grid's most talented. At least until this year, it seems. What's been plaguing the Australian driver, affectionately referred to as the "Honey Badger," and will he snap out of it?

A Story of Success and Uncertainty 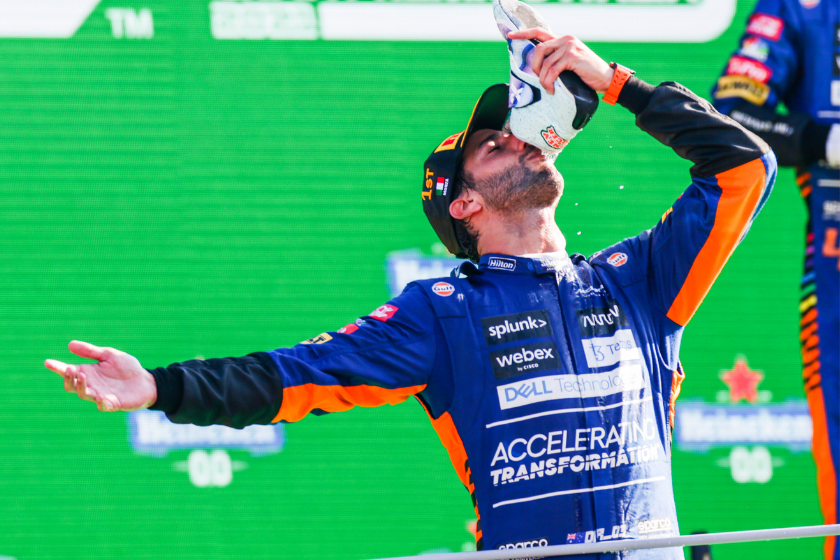 In 2018, Ricciardo announced his departure from Red Bull Racing, where he'd been the No. 1 driver at the time. The announcement shocked fans and the racing community. He'd been continually successful in the car, seeing himself consistently on podiums and finishing third in the World Drivers' Championship (WDC) standings twice. And in 2018, Ricciardo won the Monaco GP, famously executing a belly flop into a pool while surrounded by his team in celebration.

Then, in 2019, Netflix dropped season one of its new series, F1: Drive to Survive, and fans of the sport were treated to a rare behind-the-scenes view of the drivers' personalities and lives outside of the car. Starting in episode three and laced throughout the rest of the season, we saw never-before-seen discussions leading to his decision to leave Red Bull.

Of course, the series also highlighted the swift and aggressive rise of his young teammate, Dutch driver Max Verstappen. Many will agree that Red Bull began favoring Verstappen and, though usually an affable and agreeable teammate, Ricciardo appeared frustrated by the apparent favoritism.

Whether it was the hit to his pride and ego or simply a strategic decision, Ricciardo switched to Renault Racing (now Alpine Renault) alongside Ocon in 2019. The move appeared to work when Ricciardo took the team's first podium in years, finishing third in the Eifel GP and in the Emilia Romagna GP. He finished fifth in 2020 in the WDC with a total of 119 points.

Surely this meant he'd found a comfortable spot to continue his career. But fans were again thrown a curveball when, after only two years with Renault, Ricciardo switched to McLaren. His maiden season with the team in 2021 saw spots of success. He won the Italian GP in Monza and racked up 13 top-10 finishes, often just a spot or two outside of the podium.

However, Ricciardo was again paired with a skilled, young, and popular teammate, British-Belgian driver Lando Norris, who has consistently outraced him in both 2021 and 2022. In 2021,

Norris stood on the podium three times, finished top 10 in all but two races, and finished sixth in the WDC, two spots ahead of Ricciardo.

Though both drivers had a slow start to the 2022 season, finishing disastrously in the Bahrain opener, Norris currently has 48 points to Ricciardo's 11, and finished third at the Emilia Romagna GP in April. They've both had to navigate a bevy of car issues, with Norris saying he's had to relearn how to drive it. But, when Norris fell ill in Barcelona and failed to make Q3, he still hauled the car into the points on race day. Meanwhile, Ricciardo finished behind his teammate who he'd out-qualified.

Ahead of the Monaco Grand Prix, McLaren Racing CEO Zak Brown said on Sky's Any Driven Monday TV show that Ricciardo's time with the team had not lived up to expectations thus far. Ricciardo agreed with his statement, stressing no one is more disappointed with how this year had started, even responding, "Well, it's not false. It's pretty true. Comments I don't take personal. My skin is tanned, beautiful, and also thick."

Was Monaco the Final Nail in the Coffin? 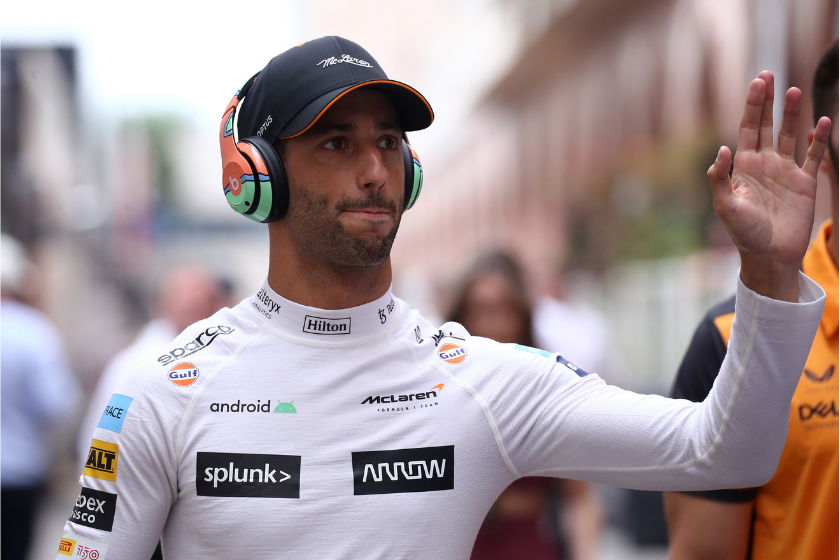 In Monaco, Norris out-qualified Ricciardo and then outpaced him in the race, even as he was still sick enough to skip media duties. Norris took sixth and the fastest lap while Ricciardo, who suffered a huge crash in practice, came home 13th. Ironically, Red Bull's No. 2 driver, Sergio Perez, won the Monaco GP, just as Ricciardo did four years ago for the same team.

So, just how thick is Ricciardo's skin? In a press conference at the Indianapolis 500, Brown revealed there were "mechanisms" in place that could lead to his departure before the end of his three-year deal in 2023.

Ricciardo's fall from grace is a racing conundrum when compared to other drivers who have moved teams and continued to find success. Bottas' success in the Alfa Romeo is certainly a comparison that should have fans scratching their heads -- Alfa Romeo's other driver, Zhou Guanyu, sits down in 18th, so it's clearly Bottas' racing chops keeping the car at the front of the pack.

The Azerbaijan GP is up next on the racing circuit, June 10-12, where Ricciardo's performance will most likely face heavy scrutiny. Can he handle the pressure? Honey Badger fans are surely itching to see another shoey. And, for a driver who is so beloved in the racing world, I'm sure most fans of the sport would prefer to see Ricciardo climb his way back to top.

MORE: Here's All You Need to Know About the Differences Between IndyCar and Formula 1