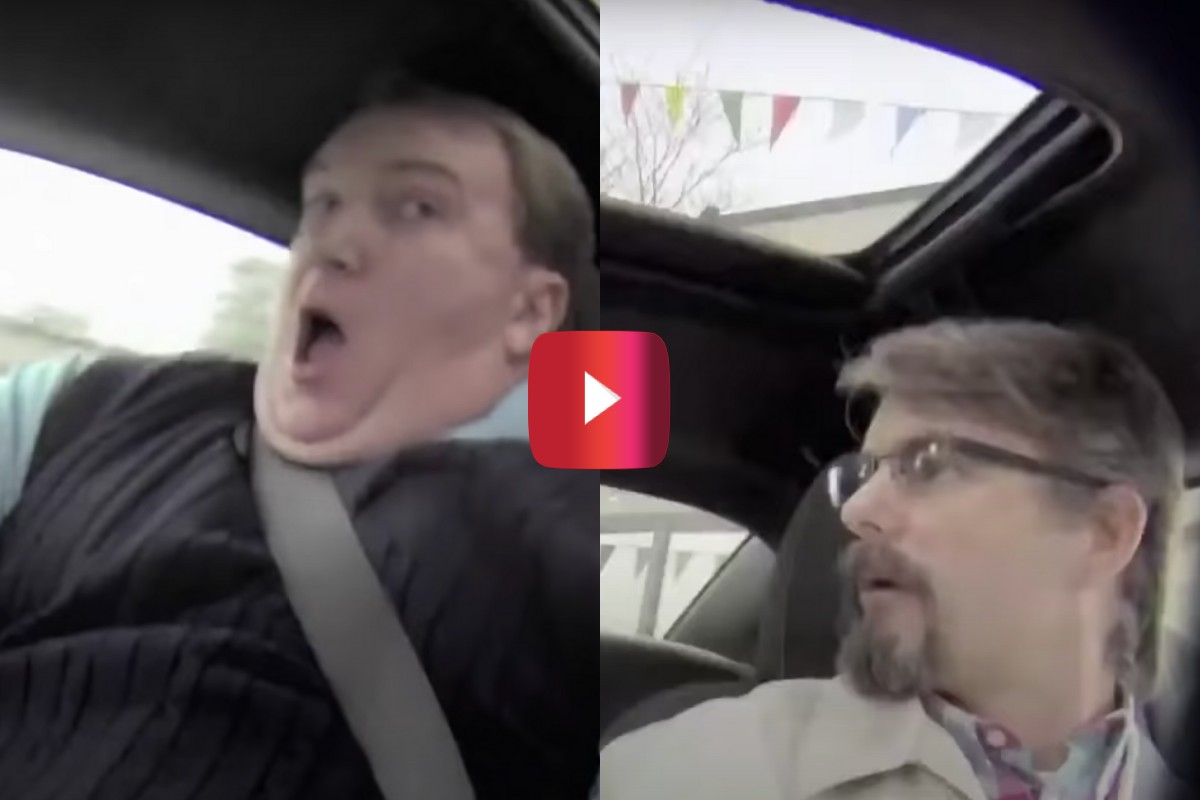 Many NASCAR drivers out there double as part-time pranksters in their free time, and we’ve seen a lot of good ones over the years. However, Jeff Gordon put together one of the ultimate pranks back in 2013, when he teamed up with Pepsi Max and gave an unsuspecting car salesman the ride of his life.

The Pepsi test drive prank instantly went viral when it was posted and featured on a TV commercial.

NASCAR driver Jeff Gordon took on the fake name of “Mike” and goes into disguise with some fake wrinkles, a mole, and some different facial hair. Once he arrives at the Troutman Motors car dealership, he makes his way over to a black Chevrolet Camaro, where he is quickly approached by the salesman. After Mike claimed that he was unsure if he could handle the power of the car, the salesman was quick to convince him to take it on a test drive. That’s where things get interesting.

Jeff Gordon acts like a shaky driver at first, clearly inciting some nervousness in the salesman. Only seconds later, he puts the pedal to the floor and does loads of burnouts, donuts, and skilled stunt work around the surrounding parking lots. As expected, the salesman is scared out of his mind and nearly appears to be on the edge of a heart attack as he yells for “Mike” to slow down. Eventually, they make their way back to the dealership, where the Pepsi crew comes out, and the cameras are shown to expose the prank. It’s pretty hilarious to watch this guy’s reaction to the madness.

Now, of course, skeptics on social media were quick to point out that the commercial was entirely scripted. One of the very first to post his critique of the prank was Jalopnik writer Travis Okulski. After reading the article, the Jeff Gordon Pepsi team came up with a way to get him back, and they eventually put together their follow-up prank, “Jeff Gordon: Test Drive 2.”

For this one, Jeff disguises himself as an ex-con taxi driver, and when Okulski gets into the taxi, all hell breaks loose. It scared him even more than the staged prank, so I’d call it a great success. They were all able to have a good laugh about it after the fact, and Travis went on to write an article on the whole experience.

Scripted or not, I could watch these pranks all day. The reactions that get caught on camera are way too priceless, and it’s always fun to see Gordon display his driving skills. Most NASCAR drivers know how to have a fun time, and I hope we see even more pranks come out of them in the near future.