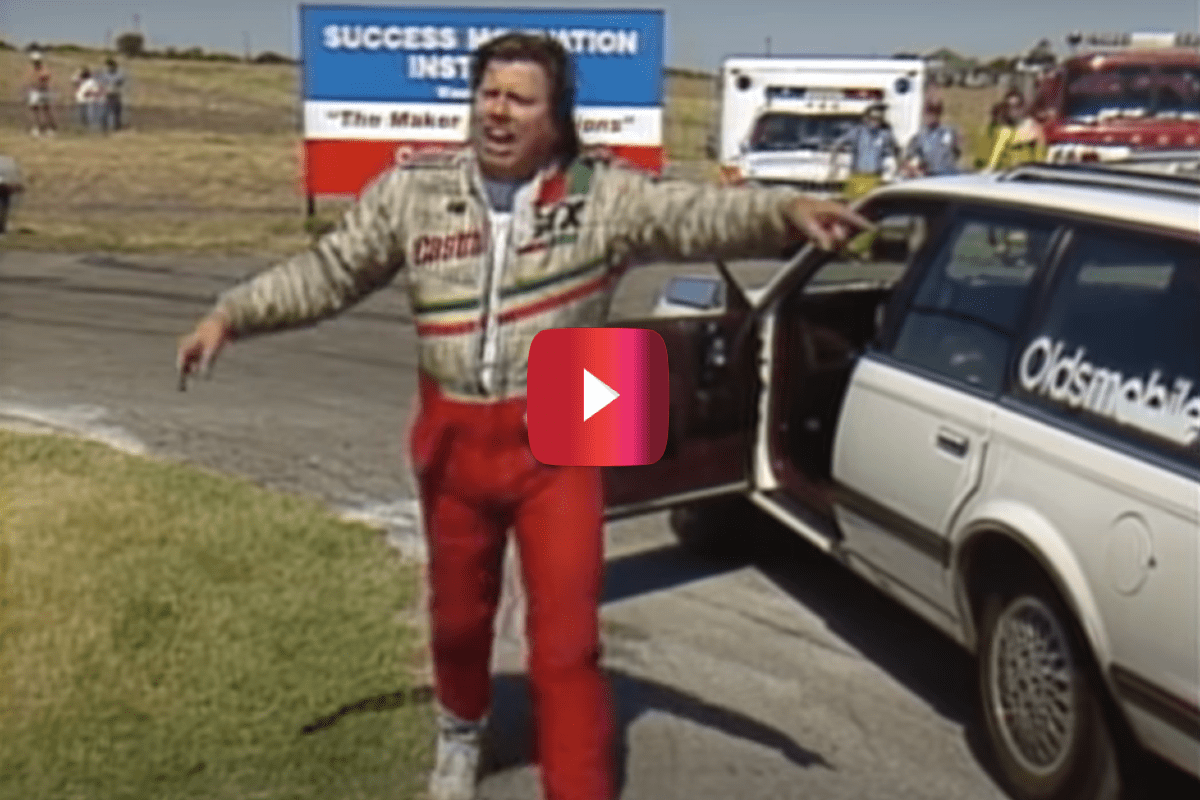 If this isn’t classic John Force, I don’t know what is. The man takes his racing extremely seriously, and he built himself a successful career because of it.

During the 1989 NHRA Chief Nationals at Texas Motorplex, Force got into a pretty heated argument with the race officials after they tried to disqualify him in the first round. You can see his meltdown in all its glory in the clip below.

Here’s what went down. As you see at the beginning, the drag race was anything but clean. Force got the car a little sideways, and it sent him straight towards the left wall. According to him, he never made contact with that wall, and since he got to the end first, he should have been declared the winner. The tower, on the other hand, didn’t see things the same way. They claimed that he did, in fact, make contact, and that would prevent him from moving into the next round. This is when Force gets really fired up.

The amount of swear words that Force yelled within this four-minute clip is pretty wild, but he was probably justly fired up. Visually, it really didn’t appear that there were any marks on the side of the car indicating that he collided with the wall, and that’s what he was trying to tell the officials. Unfortunately, they still made the call that he lost the race, regardless of the evidence. Watch just how quickly they all load up into the station wagon to head toward the tower to dispute the decision.

Force is known for his heated attitude, but you can’t blame the guy for being upset when he knows he never touched that wall. I’d love to hear that conversation once he made it back to the tower. Sometimes, you just get dealt a bad hand on the track, however, Force isn’t the kind of person you want to wrongfully disqualify. He will be all up in your face until he gets the real answers, and this was the perfect example.