When we watch a NASCAR race from the comfort of our living rooms, we often forget the true dangerous nature of the sport. Sadly, sometimes it takes a devastating tragedy on the track for that reality to truly hit home. Before the deaths of Adam Petty, Kenny Irwin, and Dale Earnhardt in the early 2000s, John Nemechek's death in 1997 completely devastated the NASCAR community.

Most recognized for his stint in the NASCAR Craftsman Truck Series, Nemechek was only 27 when he died and only a couple years into his stock car racing career. Despite John's short time spent in the premier levels of NASCAR, the Nemechek family legacy is one that continues to live on in NASCAR long after his death.

From Dirt Bikes to Stock Cars Born in Lakeland, Florida, John Nemechek started his career in motorsports when he was quite young. At the age of 12, he jumped into dirt bike racing on an 80cc. It didn't take long for him to move into the 250cc class, but he eventually decided to ditch two wheels for four.

Competing against his brother Joe Nemechek (who would later string together an impressive career of his own in the NASCAR Cup Series and NASCAR Xfinity Series), John began racing mini-stock cars before transitioning into late-model stocks.

Even during his off-time, John couldn't stay away from the racing lifestyle. He worked as a front tire changer for his brother's pit crew and was even working on the team when Joe won the Busch Series championship in 1992.

In 1994, John scored his first premier NASCAR race: the Busch Series race at Indianapolis Raceway Park. Unfortunately, an engine failure in his No. 89 Chevrolet caused him to finish in 30th position. He'd find a little more positive momentum soon enough in the Truck Series. The following year, Nemechek began racing for Redding Motorsports before switching to NEMCO Motorsports later on in the year. During his first full-time season, he competed in 16 races and grabbed two top-10 finishes. In '96, John started his own race team, Chek Racing, running a truck nicknamed "War Wagon" that he built himself. He attained two more top-10s and an impressive 13th overall in the series standings.

That Tragic Day at Homestead 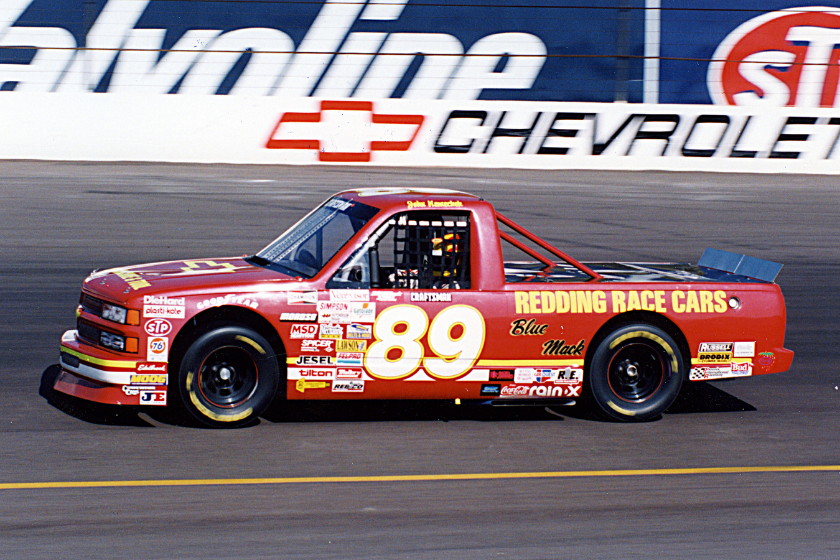 Despite 36th- and 20th-place finishes to start the 1997 Truck Series season, good news was in reach for Nemechek. After the race at Homestead-Miami Speedway, a major company was set to surprise him with a full sponsorship. But, they never got the chance to tell him.

During the Miami truck race on Sunday, March 16, John lost control of his car with only 25 laps to go. The result of the wreckage was worse than anyone could have imagined.

After spinning out, Nemechek collided with the turn one wall on the driver's side, causing his head to make direct contact with the wall. The crash caused severe head injuries. He was quickly extracted from the car and transported to the closest hospital. While doctors attended to him as best they could, John eventually passed just four days later on March 21. 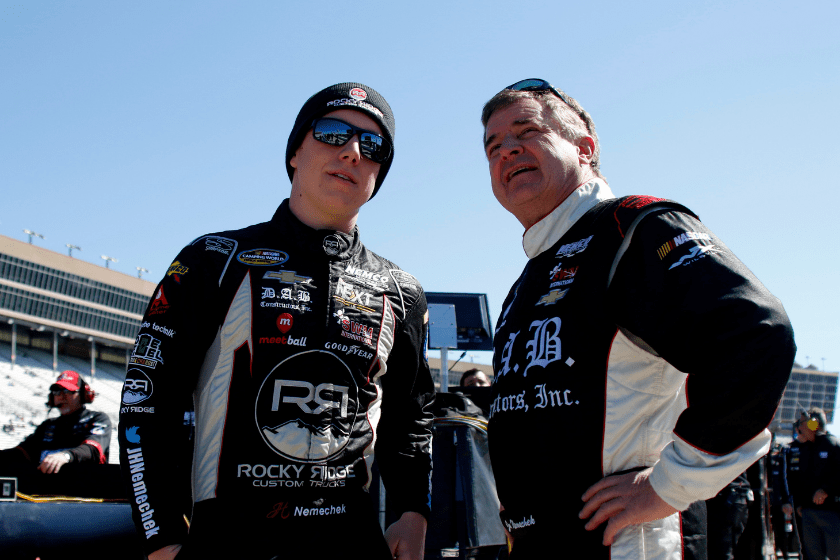 John's death sent shockwaves through the NASCAR world, and like most fatal accidents in NASCAR, it resulted in stricter safety regulations. Following the incident, Homestead was redesigned into a six-degree banking true oval track in order to prevent anything similar from happening again. That November, Joe Nemechek pulled off the first win ever at the newly-designed Homestead, paying tribute to his brother in the most astounding way possible. There's no question John was smiling from above. On June 11, 1997, Joe had a son and named him John after his late brother.

Before competing in the NASCAR Camping World Truck Series season finale at Homestead-Miami back in 2017, then 20-year-old John Hunter Nemechek touched on just how important the racetrack is to his family.

"Our family has a lot of history at Homestead Miami Speedway," Nemechek, who at the time was driving the No. 8 for NEMCO Motorsports, said in an interview with NBC 6. "Being named after Uncle John and driving the No. 8 car at Homestead is definently special for the whole family. I definitely think there are some emotions there every time you look at a corner here, from my dad to my grandmother and my grandpa."

Fast forward several years later, and John Hunter has seen quite a bit of success as a racer, particularly in the Truck Series. Currently driving the No. 4 Toyota Tundra for Kyle Busch Motorsports, the 25-year-old John Hunter has 13 Truck Series race wins and 66 top-10 finishes. In 2021, he raced his way to a regular season championship, while he has two wins and an additional seven top-fives in 2022. On top of that, Nemechek has two victories and 37 top-10s in the Xfinity Series.

Now that's how you carry on a family legacy.