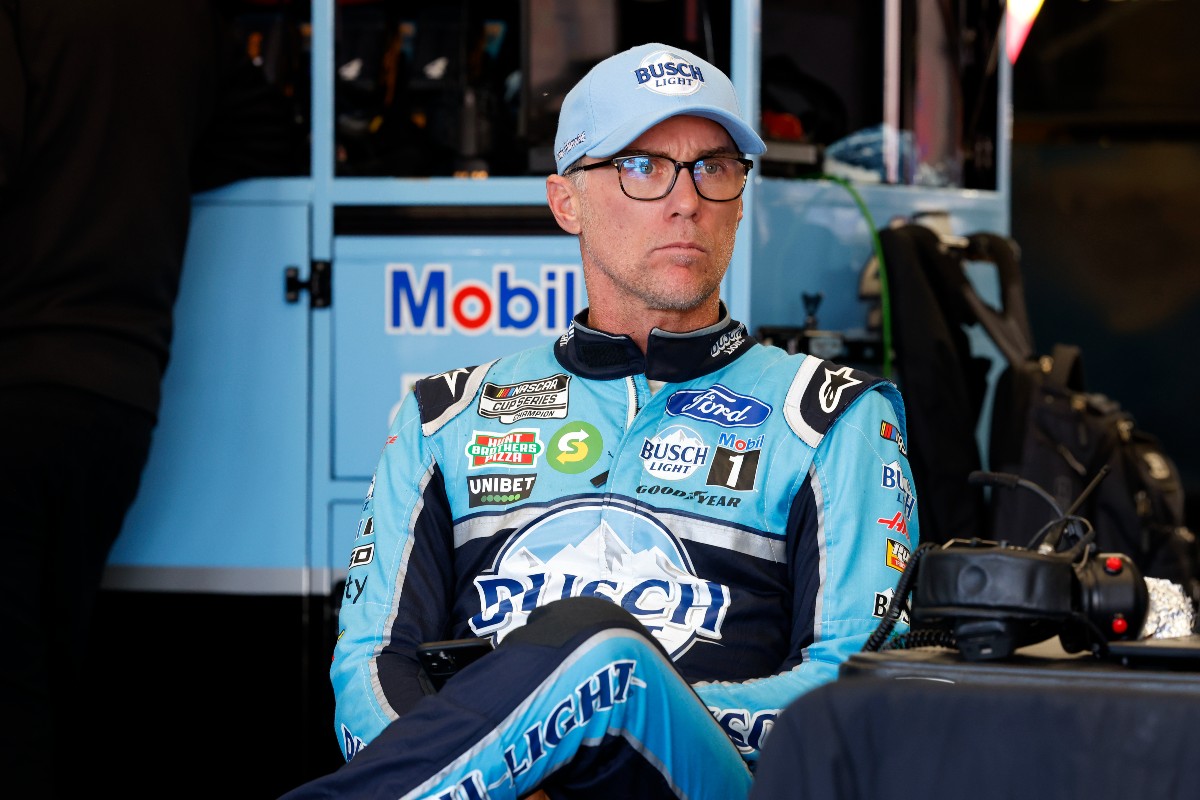 The post-race interviews in NASCAR can, at times, be just as entertaining as the racing itself. It’s when the true feelings and thoughts from the drivers come out, and a perfect example of this happened back in 2010, during an interview with Kevin Harvick.

After Jimmie Johnson grabbed his 48th career win at the Auto Club Speedway race, Harvick didn’t hold back what he truly thought about the situation. He frankly stated that Jimmie Johnson and the No. 48 team at Hendrick Motorsports had a “golden horseshoe stuck up their ass.”

Take a second and check out the clip in the video below, and you’ll see Harvick reflecting back on this old interview.

Now, the “golden horseshoe” that Harvick was referring to was the combination of what he considered to be an unfairly fast car and a skilled driver. With that, it gave Johnson an advantage over the competition to make up for lost time and close gaps more easily. Johnson was pretty unstoppable around this time, and I could see how it might be a bit frustrating for the other drivers. It was pretty clear, though, that Harvick was just talking out of anger from being blocked during the race.

Towards the end of the clip, Harvick admits that this wasn’t one of his proudest moments. He acknowledges that it wasn’t the best thing to say at the time, and that he was a little misguided in his opinions. He also clarifies that Jimmie Johnson won those races legitimately, not because of luck, but because of his driving skills, along with the powerful car that his team was able to put out.

Harvick does have a good laugh about the whole thing, however, and rightfully so. It’s fun to laugh at the ridiculous things you once said. Most people just don’t have televised interviews to look back on.

It was a pretty funny comment, but I give him respect for looking back and sharing his opinion on it today. These drivers all want the same thing, but there is only one winner, and it can be tough to watch someone else take a spot that you know you could have claimed.