From 2017-2019, Kyle Busch, Kevin Harvick, and Martin Truex Jr. dominated the NASCAR Cup Series. Known as the "Big Three," the trio combined to win 51 of 108 Cup races. Truex won the Cup title in 2017, Kyle Busch won in 2019, and Harvick placed third in the standings all three years. Save for Joey Logano (who won the championship in 2018) and Denny Hamlin, no other drivers were really even in the conversation.

Nowadays, that sort of domination is pretty much a relic of the recent past. So far, 14 different drivers have won in 2022, and besides Chase Elliott winning three of the past six races (though the win at Pocono should probably come with an asterisk), no Cup driver has really gone on a winning streak. That's to be expected, given the fact that drivers are still getting used to the feel of the Next Gen car. But, man, does Kyle Busch miss the good ol' days.

During an interview with NASCAR.com, the driver of the No. 18 Toyota for Joe Gibbs Racing talked about how he's had to adjust to a Big Three-less sport, and while he wishes those days could make a comeback, he's not ready to go the way of the dinosaur just yet. 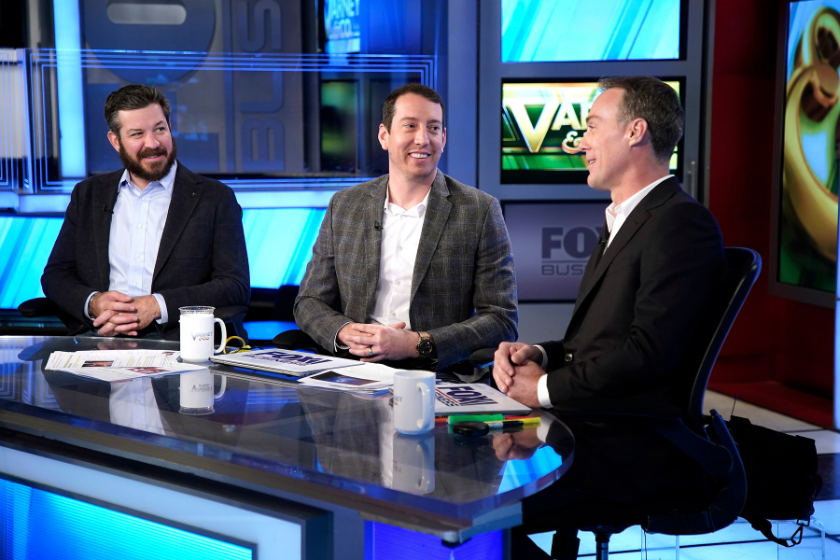 "I look back on what was it 2017, 2018, where you had the 'Big Three,' right? You had Martin Truex Jr., and you had Kevin Harvick," Busch said. "It was us every weekend, it seemed. And then, you know, Denny (Hamlin) would pop in there, (Joey) Logano would pop in there, a couple other guys maybe. But I love that theme. I want to go back to those days. Can we bring that back?"

"You know, but you look at this year, and I think the theme of this year is just the Next Gen. It's just the unknowns of everything around this car. And we're all trying to wrap our arms around it and figure it out and be competitive of understanding what this car likes and what it takes. And there's a lot of things on this thing that you would think like, 'OK, well, this is what worked with the old car.' Throw that out the window, though. That notebook is gone. So I think that's kind of the perspective that everybody's kind of getting with seeing so many different winners in this car and seeing how each...like, look at everybody's schedule. Man, besides Trackhouse guys maybe, you can see the damn roller coaster ride everybody goes on every single week with finishes. Good finish, bad finish, good finish, bad finish, whatever. Like you can't get on a roll except, Chase Elliott, I guess, the last six weeks. You can't get even a top five, top five, top five, top five every week. It's tough. And we all are trying to get to that point. And you know, there's only one guy doing that. Hopefully, they're peaking too soon."

Having won the Bristol dirt race back in April, Busch seems lost in the shuffle among the 10 one-time winners so far this season. But, with 14 races to go, he's got some time to hit his stride and string together some top-five performances like he did back in May with his third-place finish at Kansas and his back-to-back runner-ups at Charlotte and Worldwide Technology Raceway.

Given how everything seems to be going behind-the-scenes recently, Kyle Busch's future with Joe Gibbs Racing definitely isn't set in stone. But, while he probably misses how things were a couple years when the "Big Three" was dominating and he was loving life at JGR, the 37-year-old two-time champ isn't ready to stop winning anytime soon. The learning curve may be steep with the Next Gen car, but who says you can't teach an old Busch new tricks?

MORE: Could Kyle Busch End Up at Stewart-Haas Racing? Here's Why Kevin Harvick Thinks He'd Be a Great Fit.