Last Thursday at the NASCAR Awards, Kyle Busch represented Joe Gibbs Racing for the last time. The whole process in transitioning from JGR to Richard Childress Racing has clearly been bittersweet for the two-time Cup Series champ. On one hand, he's leaving the team where he spent the best years of his career. On the other, it plays to the ultimate competitor in Busch, who will be looking to earn RCR its first championship since 1994. During Champion's Week in Nashville, Busch talked about two NFL legends who faced similar challenges in their career and who ended up rising to the occasion: Tom Brady and Peyton Manning.

"It's obviously been a challenge -- not just this year but the last little while -- so it's kind of maybe a blessing in disguise, honestly, where it might just be time for a fresh start," Busch said. "Time for something new and different. I'm kind of looking at it as the Tom Brady, Peyton Manning aspect where they left great teams, great organizations where they won championships, and they went on and were able to win championships somewhere else."

"I'd like to think I still have that opportunity to do that with RCR. I look at the opportunity with the new Next Gen race car as an easier move to make now with that versus years past with previous generation cars, so I think, honestly, (it) could be a lateral move."

For those not familiar with Busch's NFL reference, Tom Brady won six Super Bowls with the New England Patriots before joining the Tampa Bay Buccaneers in 2020 and winning a Super Bowl that same season. Peyton Manning, on the other hand, won two Super Bowls with two different teams: the Indianapolis Colts and the Denver Broncos. Manning's second Super Bowl win also came during his final season in the NFL. 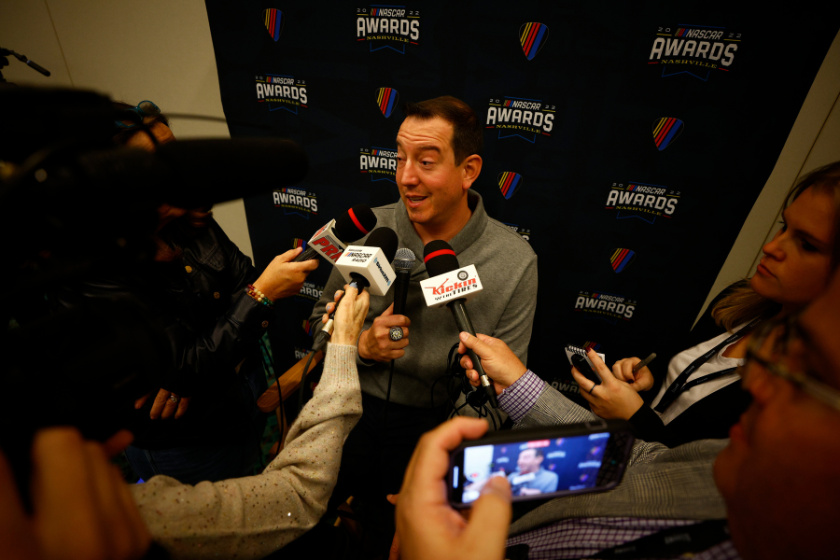 During his Champion's Week press availability, Busch also talked about what it's like being the new guy on the RCR campus, which is located in the conveniently-named North Carolina city of Welcome.

"I've been over there a few times already," Busch said. "Things are progressing. I'm getting into the system a little bit, kind of seeing what's there, what they have, who the people are and all that sort of stuff. It's been good."