To say that Kyle Busch and Kevin Harvick haven't always seen eye-to-eye would be an understatement. They, of course, had their on-track feuds. We all remember the 2011 Cup Series season. But, their disagreements weren't always physical. Often, the two future Hall of Famers would use interviews as opportunities to take jabs at one another. One of these opportunities, for Harvick anyway, came in 2018.

That year, Busch had a big problem with NASCAR promoting young drivers over the established veterans in the sport. Back then, the young guns included the likes of Chase Elliott, Ryan Blaney, Bubba Wallace, and Alex Bowman. Busch, who was in his early 30s at the time, thought that the major marketing push for the next-generation racers was a slight to NASCAR's old guard.

"It is bothersome," Busch said. "We've paid our dues, and our sponsors have and everything else, and all you're doing is advertising all these younger guys for fans to figure out and pick up on and choose as their favorite driver. I think it's stupid. But I don't know, I'm not the marketing genius that's behind this deal."

Now, just like Busch, Harvick has never been afraid to speak his mind when it comes to the inner workings of NASCAR. But, even as a NASCAR elder statesman himself and being 10 years Busch's senior, the 2014 Cup champ thought Busch was dead wrong with his comments.

"That is like the child that is whining for some attention," Harvick said.

"NASCAR has been very open to the things that they are doing and involving us in. So I can't back that up, to be honest with you. You have to have a push for the younger generation as well in order to help introduce them to the fans, and in the end that only works if they have the success on the race track. There has to be a push for the guys coming up to introduce them to who they are." 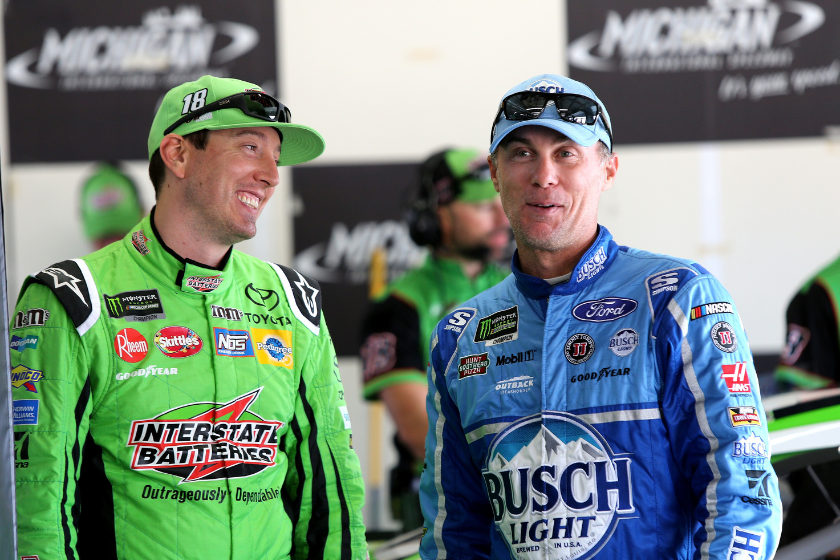 Some of the younger superstars that Busch had indirectly targeted, including Ryan Blaney and Bubba Wallace, also pushed back on Busch's statement.

"I feel like if some drivers were more willing to do these things, they'd get asked more to do it," Blaney said. "The reason why I get asked more to do it a lot is because I say, 'Yes,' a lot. It's good for the sport and myself. I can tell you personally, he (Busch) doesn't like doing a lot of stuff. And that's why they don't ask him to do a lot of stuff. So that kind of made me a little upset how he bashed that part of it. But to each his own. If he doesn't want to do anything, so be it."

Wallace added, "I love Kyle to death, but, damn dude, c'mon. I don't know how old he is. What is he? 32? Damn, he's that old? Getting up there, bud. He was in the same spot we were. They had the 'Gillette Young Guns' back then. He's still got the baby face now. So, I'm not really sure what he's trying to say.

"He had some of the same treatment we went through. I will say when certain drivers -- and if I ever get to this level you can pinch me and bring me back down -- but when they get to a certain level, they stop doing stuff." 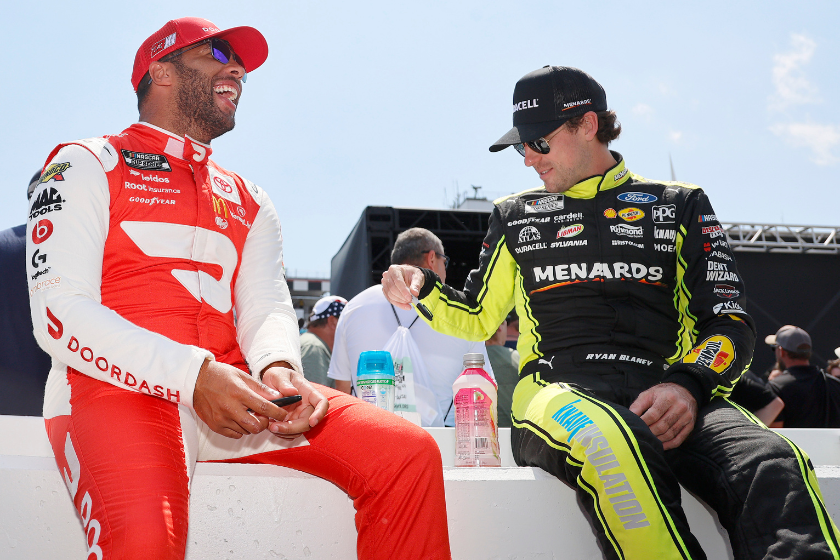 As for Kyle Busch and Kevin Harvick, the two seem to have a pretty solid relationship these days. When Busch signed to Richard Childress Racing in September 2022, Harvick even lamented the fact that Stewart-Haas Racing hadn't been more proactive in trying to scoop Busch up.

This year, both Busch and Harvick are starting new chapters in their careers, with Busch starting his first season with RCR and Harvick racing in his final Cup season. I'd be willing to bet that both drivers will take some time in 2023 to chop it up, reminisce about their careers, and talk about their families and futures. Gone are the days of the two drivers beefing on (and off) the track. We think, anyway.

MORE: Kevin Harvick Cracked Open a Cold One for a Major Career Announcement