If you're lucky enough to catch drag racer Lindsay Wheelock at the track, you're in for a treat. She's not exactly your average woman.

Not only does she embrace the motorsports lifestyle, but she also still works as a dental hygienist, while also handling a family on top of it all.

Let's learn a bit about this rising star, and find out what she's doing to make such a name for herself in the world of drag racing.

Lindsay Wheelock's Passion for Cars and Motorsports Shines Through 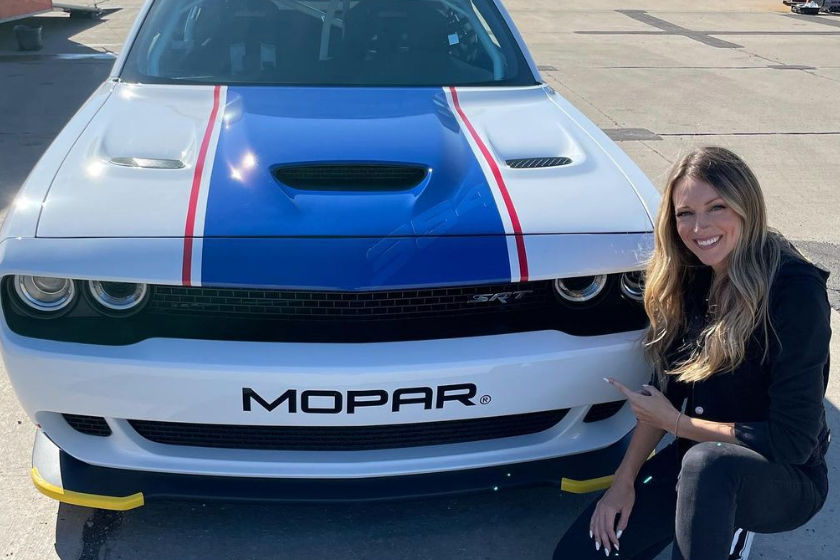 From Lafayette, Indiana, Wheelock attributes the origins of her automotive passion to her father Mike Alsop.

He's been in the automotive industry for quite some time, and currently owns a dealership, Alsop Chevrolet, in the Hoosier state. Growing up, Lindsay spent a fair amount of time around different toys, including four-wheelers, dirt bikes, go-karts, snowmobiles, and practically anything with an internal combustion engine.

Her husband Dustin has also been racing since the age of 16. After meeting Mike at the race track, he began to work for his dealership as a mechanic, then later became a driver for the Mike Alsop Racing team in 2019. He met Lindsay after starting at the dealership, and the power couple haven't looked back since.

While Lindsay has been surrounded by the gearhead lifestyle since her youth, she didn't find herself racing in the drivers seat until a few years ago. During the 2019 race season, Dustin signed her up for the NMCA event at Lucas Oil Raceway at Indianapolis using her dad's Dodge Demon. Although skeptical and nervous, Lindsay gave the first pass her best effort. Little did she know it was the beginning of something great.

As Mike Alsop Racing added a second race car to the team, a Copo Camaro, Lindsay knew she wanted the seat. She attended Frank Hawley's Drag Racing School in order to further hone her skills.

In 2020, she took the skills she learned from racing school and began competing. She raced five of the eight events that year. 2021 marked her first year racing a full season in the NHRA Factory Stock Showdown. Additionally, there's a rumor that she may be moving into a new Dodge Challenger Hemi Drag Pak for the 2022 season.

She may still technically be a rookie, but she's making advancements with every pass. On top of that, she continues to fine-tune her knowledge of pistons, wiring, and engine mechanics alongside her husband and father.

It's exciting to see where both her and Dustin go in the next few years, but Lindsay Wheelock is certainly someone you need to have your eyes on. Word on the street is they're setting their sights on a Wally, drag racing's most prestigious trophy.

Lindsay's Life Outside of Racing 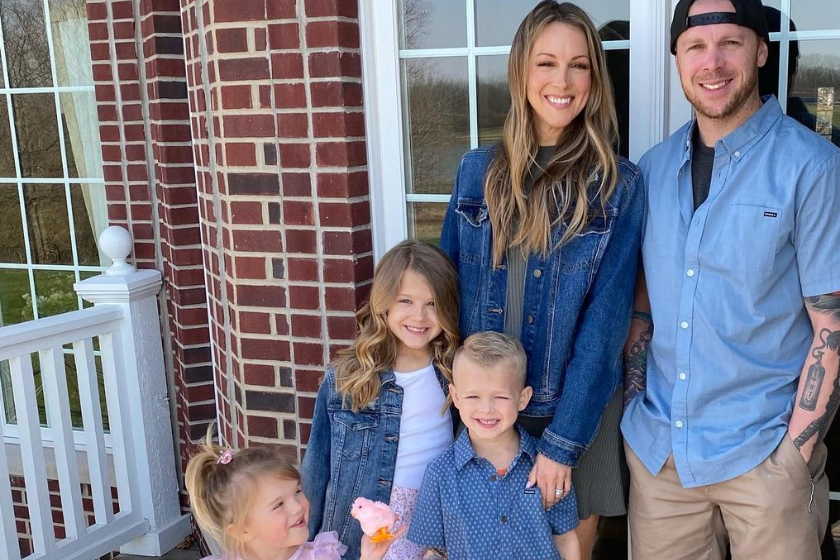 Part of what makes Lindsay Wheelock so impressive exceeds her ability to excel in drag racing. Believe it or not, she also has a full-time career as a dental hygienist.

It doesn't stop there. Alongside her husband, the Wheelock family includes their three children. Judging by the array social media pictures and posts, the kids seem to enjoy the time at the tracks just as much as Lindsay and Dustin do. I see some future racers in the making, just you wait.

During the beginning of the COVID-19 pandemic, Lindsay made the choice to start homeschooling her kids. While that's a hefty task to just jump into, Lindsay has managed to find time to get it all done, despite all her other ventures. She seems to enjoy the extra time she's able to spend with her family.

Wheelock also takes pride in being a role model that younger women can look up to. With two daughters, she proves time and time again that woman are capable of accomplishing anything they set their minds to, and that's pretty awesome in my book.

A mother, teacher, racer, and dental hygienist, Lindsay can pretty much do it all. We're wishing the Wheelock family the best of luck in their upcoming race season, and it will truly be exciting to watch it all play out in real time. Remember the name, because it won't be the last time you hear it.

MORE: What Does the Future Hold for Former Top Fuel Champ Brittany Force?