Mark Martin is considered to be the best NASCAR driver to never win a championship.

Some may consider it to be a dubious title, but if you look at what Martin accomplished on the track, there's no question that he belongs in the conversation alongside NASCAR's greats.

In 2017, the longtime stock car racing driver was inducted into the NASCAR Hall of Fame. At first, he felt like he didn't belong.

"I was embarrassed because I didn't feel like I belonged when I looked up at the banners of the Bill Frances, the Junior Johnsons, the Dale Earnhardts and Richard Pettys and Cale Yarboroughs, David Pearson," Martin told NASCAR.com. "I didn't feel worthy of being in that crowd, especially as early as I felt like I went in."

"There were a lot of greats and heroes of mine that needed to go in before I went in. So, I was a little bit embarrassed, totally, completely humbled, and to this day, I'm still humbled by the fans and the way they supported me all through my career."

Here, we'll check out a few of Martin's highlights that prove that his title of "NASCAR Hall of Famer" is extremely well-deserved. 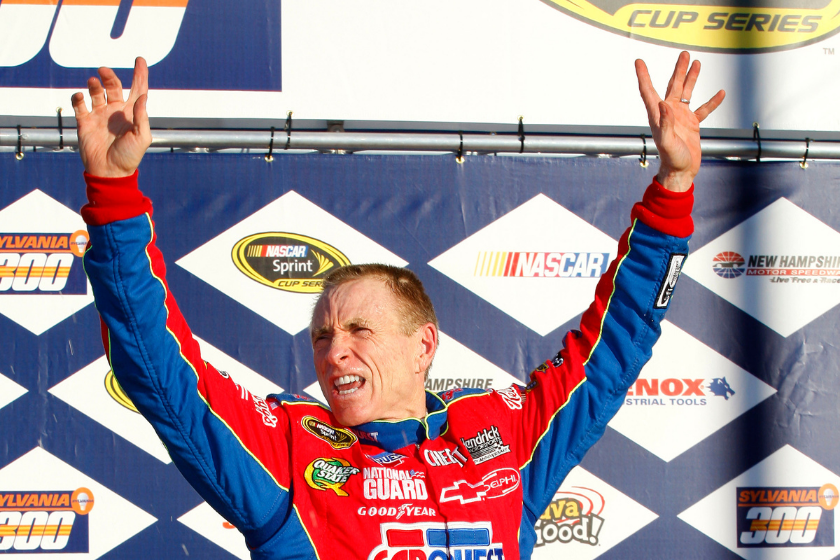 After a successful start to his racing career in the ASA racing series that included Rookie of the Year honors and four championships, Mark Anthony Martin raced his first full-time season in NASCAR in 1982. Throughout his 30-plus years in the sport, he drove for countless teams including Roush Racing, Ginn Racing, Dale Earnhardt Inc., Hendrick Motorsports, Michael Waltrip Racing and Stewart-Haas Racing.

Just take a quick look at his Cup Series numbers, and you'll see that Martin was a force to be reckoned with during his heyday. Out of a total of 882 Cup races run, Martin racked up 40 wins and an astonishing 453 top-10 finishes.

As far as accolades go, Martin was named one of NASCAR's 50 Greatest Drivers in 1998. He was also inducted into the Motorsports Hall of Fame of America in 2015 and the NASCAR Hall of Fame in 2017.

Mark Martin's Net Worth and Life After Racing 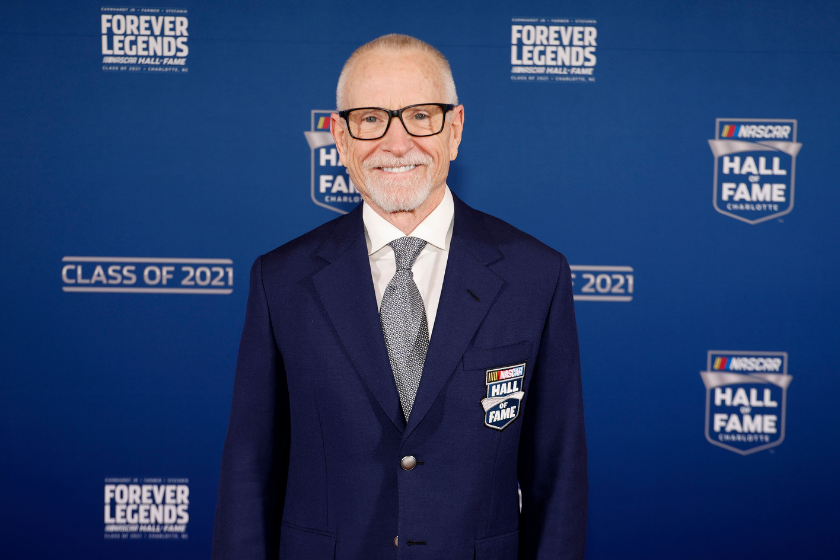 Mark Martin has an estimated net worth of $70 million, according to Celebrity Net Worth. At one point, this put him on the short list of richest drivers in NASCAR history behind Dale Earnhardt Jr., Jeff Gordon, Jimmie Johnson, Tony Stewart, Kevin Harvick, Kyle Busch, and Denny Hamlin.

After a long career and successful career, Martin retired from NASCAR in 2013. Martin was able to find success outside of racing, as he invested a portion of his career earnings into a string of car dealerships under the name of Mark Martin Automotive located near his birth place in Batesville, Arkansas.

Martin has also always been a huge fitness person. In fact, he is recognized as one of the first drivers in the U.S. to adopt a fitness and nutrition regimen. In the '90s, he co-authored Strength Training for Performance Driving, which offers useful workout tips for race car drivers.

Delving a little bit into his personal life, Martin has been married to his wife Arlene since 1984. Their only son Matt (Mark has four children from a previous marriage) dabbled in racing himself in NASCAR's development leagues when he was young, but left the sport behind in 2008.

In recent years, Mark has gotten rid of his private jet and replaced it with an RV, which he and Arlene spend a majority of their time touring across the country in. Considering he had such a fast-paced career for the majority of his life, it's nice to see Mark slow things down in order to appreciate the life he created for himself.

MORE: The 9 Best NASCAR Drivers of the 1990s Dominated the Decade