In the words of Bruce Buffer, "IT'S TIME!" Not for a UFC title fight, but for the 2022 NASCAR playoffs.

Don't mistake the UFC reference as a random throwaway, though. While drivers may not be beating each other to a pulp out on the racetrack, fierce and calculated aggression is a key component of NASCAR, particularly during the playoffs. We've all seen a driver execute a bump and run to earn a trip to Victory Lane. Some drivers have purposely wrecked a rival out of pure spite. Others have even been known to resort to physical violence on pit road. The stakes will be as high as ever for the next two months, and drivers will be doing pretty much whatever it takes to be crowned the 2022 NASCAR Cup Series champion.

Just like last year, we head into the first Round of 16 race on September 4 with plenty of engaging storylines, chief among them bubbling feuds that are just waiting to boil over. Will Ross Chastain add another name to his enemies list? Will William Byron get revenge for what happened at Darlington? You'll have to tune into the next nine or so weeks worth of playoff races to find out. Man, September really couldn't be coming soon enough.

Ross Chastain vs. Everybody 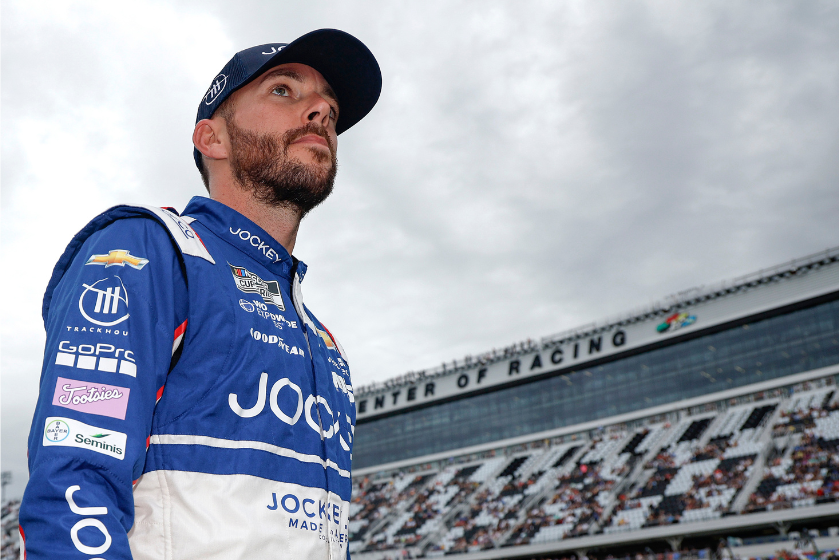 You knew this was coming, so why bury the lead? Besides managing to get into it with all four drivers of Joe Gibbs Racing at different times during the regular season, Ross Chastain has gotten under the skin of basically every driver in the field. His only friend out there seems to be his Trackhouse Racing teammate Daniel Suarez. But, teammates have been known to confrontationally cross paths this year (*cough* Kyle Larson and Chase Elliott *cough*), so let's not entirely rule out the possibility of some friendly fire going down in the future.

With two wins, five stages, and five bonus points, Chastain will be heading into the first race at Darlington as the No. 3 seed, though he'll definitely have the biggest target on his back. If anyone opts to take out the driver of the No. 1 Chevy, my money is on Denny Hamlin. The JGR driver already got revenge on his TRT rival earlier this year, but since Ross pissed in his Cheerios twice during the regular season -- at Atlanta and Gateway -- don't put it past Denny to serve Chastain up another grand slam early on in the playoffs. 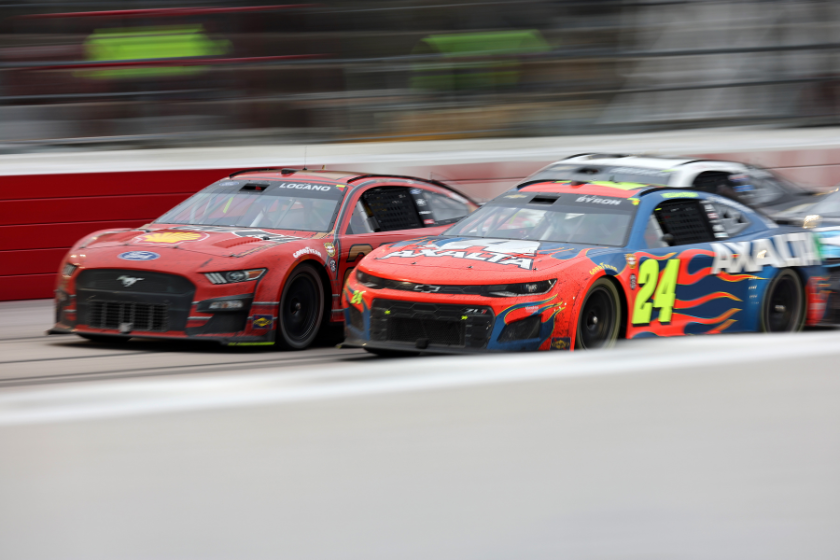 Joey Logano and William Byron's problems date back to the May race at Darlington when Logano bumped Byron for the win. Logano claimed retaliation for how Byron raced him earlier and insisted he was just doing what he needed to do to get the W, but Byron saw it differently in the immediate aftermath.

"I mean he runs everybody over, so I don't see what's different," Byron said. "I mean, he was faster. He could have easily just gotten to the left rear and loosened me up, but he runs in there 10 miles an hour faster. He didn't even barely make the corner, so I don't know why he goes in so hard and knocks the s*** out of you. Makes no sense."

He added, "I mean, we barely touched off of (turn) two on that restart. It was tight and no reason for him to say retaliation. That's stupid. He does this stuff all the time."

Things have been relatively quiet between the two drivers since then, but this week's race at Darlington may have Byron thinking back to Logano's aggressive play at the same track over three months ago. When it comes to revenge in NASCAR, never underestimate the long game. 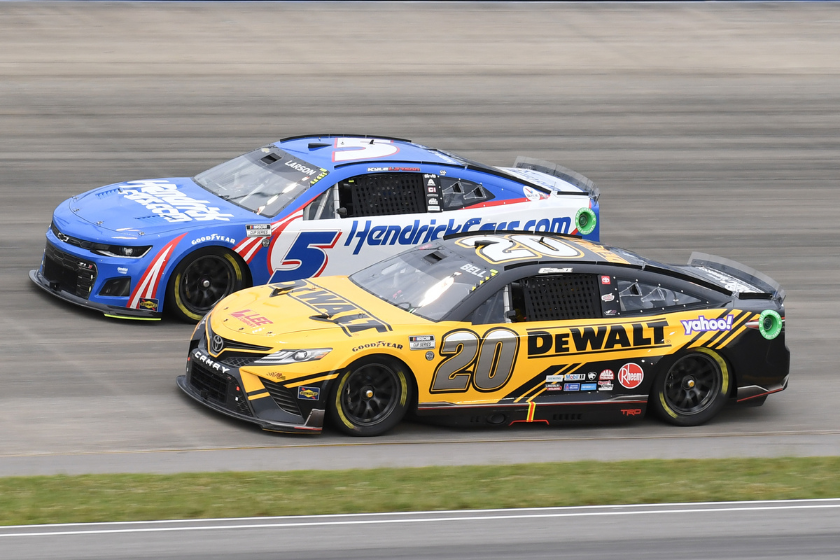 The lover of chaos in me wants to see Kyle Larson and Chase Elliott get into a no-holds-barred feud after what went down at Auto Club and Watkins Glen earlier this year. But, since that's probably not going to happen, let's look at another simmering Larson beef.

Speaking of the long game that I mentioned for William Byron vs. Joey Logano, for this feud we head back to the 2021 Cup race at Watkins Glen. Long story short, Larson made contact with Christopher Bell and spun the Joe Gibbs Racing driver out on Lap 55. Larson ultimately got the victory, while Bell finished seventh. Now here's where the feuding starts.

Larson claimed he tried reaching out to Bell after the race to give his side of the story, but apparently Bell never got back to him. After a day of radio silence from Bell, Larson told reporters, "I think any adult in the field would at least have a conversation with you, but he doesn't care to."

Bell accused Larson of "crying to the media" and reduced the Hendrick Motorsports driver's apology to a "sorry text message." Apparently, they two never officially resolved things. Don't bet the house on these Larson and Bell trading shots in the postseason, but keep an eye out for fireworks between the two rivals.

MORE: Tony Stewart's Beef With Goodyear Was the Biggest NASCAR Feud of 2008