NASCAR’s Throwback Weekend to Honor Legends From All Eras 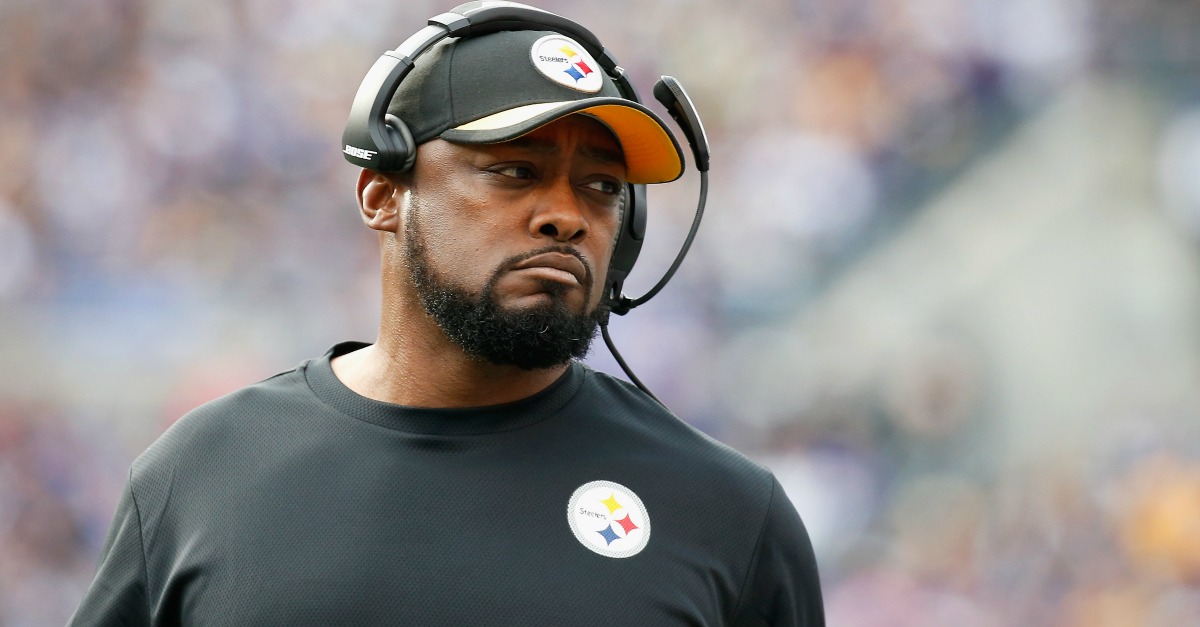 The September 6 race at Darlington Raceway doesn’t just kick off the 2020 NASCAR Cup Series playoffs with the 71st running of the Southern 500, but it also marks the South Carolina track’s sixth throwback weekend.

This year’s throwback campaign at “The Track Too Tough to Tame” is a celebration of “NASCAR’s Champions…Past, Present and Future” and “New Traditions…First Race of the 2020 NASCAR Cup Series Playoffs.”

There are obviously a lot of directions that Cup and Xfinity Series drivers could go in with that theme, so let’s take a look at some of the best throwback paints schemes for 2020.

The No. 10 team will honor #NASCARHall of Famer Fireball Roberts Sept. 6 at Darlington. Fireball hailed from Florida, just like @Aric_Almirola, and the @GoBowlingdotcom Ford Mustang mimics the Ford Fireball drove to an eight-win season in 1957.
#NASCARThrowback pic.twitter.com/ap5tdthdMz

Almirola will pay tribute to Edward Glenn “Fireball” Roberts Jr., a two-time Southern 500 winner — and Florida native like Aric — who died following a crash at the 1964 World 600.

10 years later and still going strong! @DiscountTire has done so much for me this past decade, but I’ve got to say… them making this year’s #NASCARThrowback scheme a tribute to our first season together and at @Team_Penske is pretty cool! pic.twitter.com/Cf96QDRfjC

The 2012 Cup Series champion will be honoring…well, himself with the Discount Tire scheme that he rocked during his first season with Team Penske about 10 years ago.

It’s a bittersweet year for Jimmie Johnson fans, as the seven-time Cup champ and surely soon-to-be Hall of Famer is ringing in his final season as a full-time NASCAR driver. Chase Elliott will be paying tribute to the racing great with a scheme from Johnson’s 2009 championship season.

In this year's #Southern500, @ClintBowyer will throw it back to @kylepetty's Rockingham win from the pole back in 1990.

Bowyer is going peak throwback, with a tribute to Kyle Petty’s No. 42 PEAK Pontiac, which he took from the pole at Rockingham Speedway for his third career NASCAR Cup Series back in 1990.

Throwing it back to 1973, the year Federal Express began and when Cale Yarborough won in the #11 at Darlington. Paying tribute to all 500,000 hard-working, past and present @FedEx team members. I've been asking for this design for a while and it's finally happening! #Southern500 pic.twitter.com/NR0VlppEnk

The three-time Daytona 500 winner is headed WAY back to 1973 with this Darlington-winning scheme rocked by Cale Yarborough, a five-time Southern 500 winner and three-time Cup Series champion.

Erik Jones may race for Joe Gibbs Racing, but he’ll be channeling a little bit of Stewart-Haas Racing at Darlington. Well, at least its co-owner, with a throwback to Tony Stewart’s 2005 fall Martinsville Speedway paint scheme.

Johnson is tricking out his Chevy in memory of the two other legends in the seven-time Cup Series champion club: Dale Earnhardt Sr. and Richard Petty.

Logano is paying homage to the iconic driver of another No. 22 car — Bobby Allison — with the Hall of Famer’s scheme from 1985.

Not only is Kevin Harvick’s Busch scheme an epic throwback to NASCAR Busch Series champions, but Darlington will also be selling custom 1997 Busch beer cans during race weekend. Hell yeah!

Like Brad Kesolowski, Kyle Busch is also throwing it back to an old paint scheme of his own, specifically the 2004 M&M’s look. The start of something great!

We’ll be running the 2003 @BassProShops colors that Hank Parker Jr raced in at Atlanta that year. This car was one of Johnny Morris’ first primary sponsorships in @NASCAR, so we’re excited to bring it back at @TooToughToTame! #NASCARThrowback pic.twitter.com/HF1x39ChlC

Truex, an avid fisherman and outdoorsman, will be sporting the Bass Pro Shop colors that Hank Parker Jr. raced in at Atlanta in 2003.

A hat tip to 1963’s 500 win and owner championship pic.twitter.com/oXqBsZKNmA

DiBenedetto honors the Wood Brothers? 1963 Ford Galaxie, which Tiny Lund drove to victory in the 1963 Daytona 500 and team founder Glenn Wood drove in his last win as a Cup Series driver later that year.

Newman, having thankfully recovered from his terrifying crash at the Daytona 500, is hearkening back to his pre-NASCAR days, with a 1999 scheme from the USAC Silver Crown Series, where he won the National Championship.

Reddick’s throwback scheme is a tribute to Jeff Burton?s rookie year in 1994.