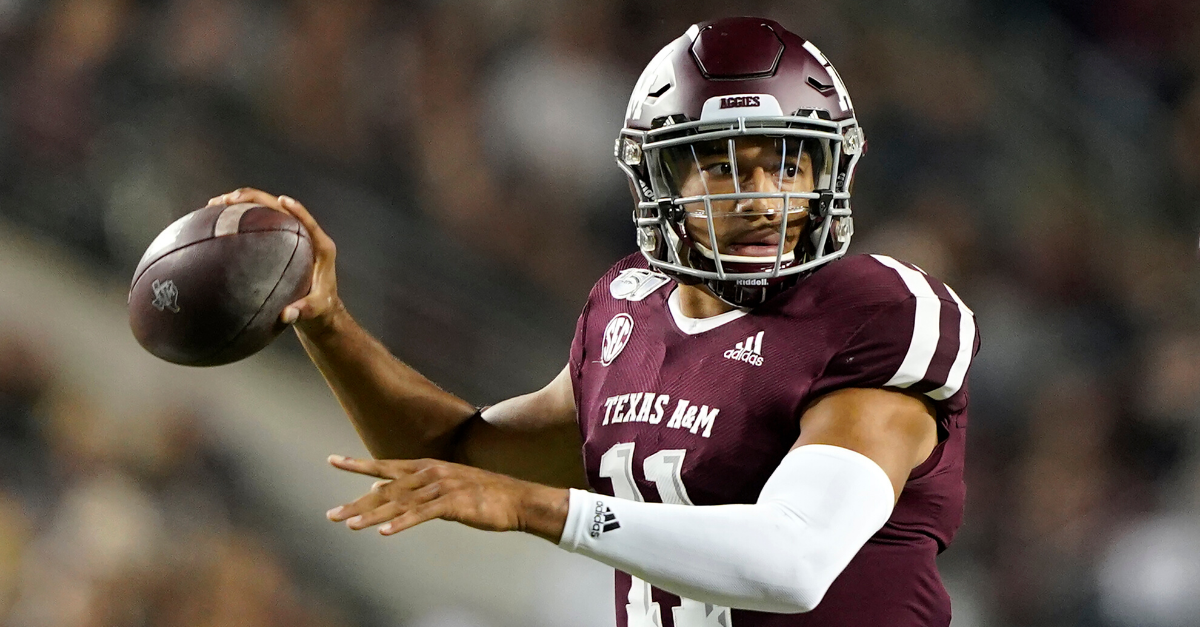 The future of the 2020 college football season hangs in the balance, but the past at Texas A&M University is stronger than ever.

Tradition and Aggie football are synonymous. Heisman Trophy winners John David Crow and Johnny Manziel, plus future NFL Hall of Famers like Von Miller, cemented College Station as a hotbed of elite talent. Coaching greats from Bear Bryant to R.C. Slocum to Jimbo Fisher filled Kyle Field with 102,000 Texas A&M Aggies every fall. Though national championships have eluded A&M, there’s no doubting how much the past influences the 12th Man’s future.

On August 12, the Texas A&M football Twitter account dropped its first look at the Aggies’ new football uniforms for the upcoming season. Though they are “new,” throwback elements to Texas A&M’s past brings a classic flare that fans are already clamoring to see more of.

Comparing this home uniform set to the modern-style seen in recent years, I think this is hands down an upgrade. A&M dropped its shoulder stripes for a cleaner style with numbers on the sleeves; This pairs really well with the solid white pants that also dropped maroon piping down the legs. An enlarged “TEXAS A&M” watermark brings back memories of Ja’Mar Toombs and Dante Hall in the late ’90s. The glossy maroon helmet’s white facemask pivots away from the old matte gray masks, and the black socks with black cleats complete the look, which is outfitted by adidas.

The immediate unveiling didn’t offer a preview of A&M’s white jerseys, though I can’t imagine changing one without the other.

Texas A&M quarterback Kellen Mond hinted at the release the day before, athletic director Ross Bjork doubled-down on the uniform reveal with this tweet, and the Aggie Twitter account was on the ball with the release during an offseason without much positive news.

The Aggies wore a similar alternate uniform in 2018, honoring the 20th anniversary of its 1998 Big 12 Championship football team. However, this new look appears to be the team’s primary home jersey moving forward.

This marks the first time Texas A&M athletics changed its primary uniform design since moving from the Big 12 to the SEC in 2012, according to The Eagle.

With a new schedule in hand, Texas A&M expects to open the 2020 campaign on the weekend of September 26. The Southeastern Conference’s updated 10-game conference schedule gave the Aggies two new SEC East opponents ? home versus the Florida Gators and away against the Tennessee Volunteers ? in addition to the usual suspects in a packed SEC West like Alabama, Auburn and LSU.

It remains to be seen if conference commissioner Greg Sankey and university presidents will green-light a coronavirus pandemic-laden season, especially after the Big Ten and Pac-12 postponed fall sports indefinitely due to COVID-19 concerns.