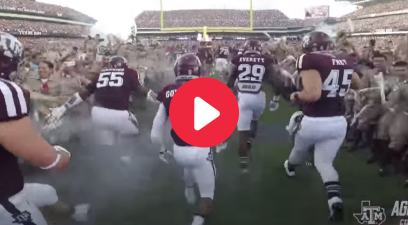 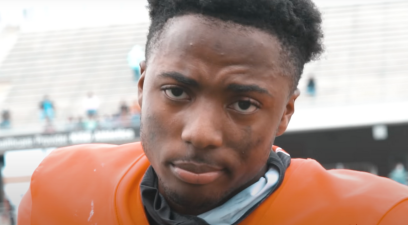 Paul “Bear” Bryant is widely considered as one of the greatest college football coaches of all time, and to many, is the best to ever do it. What he did throughout his coaching career, especially with the Alabama Crimson Tide, was simply amazing. His list of accomplishments are second to none, but it’s hard to believe he only had one Heisman Trophy winner.

Of all of the great players under his watch in Tuscaloosa, none of them won the prestigious award. Not one. Bryant did, however, have the greatest player in America when he was the coach of the Texas A&M Aggies in do-it-all badass John David Crow.

In 1957, the Aggies were atop of the college football world. They won their first eight games to become the No. 1 team in America, and Crow, who played both offense and defense, won the Heisman Trophy despite only playing seven games.

The rest of the season didn’t go as planned. The team lost the final three games, mainly due to uncertainly of Coach Bryant’s future in College Station, but Texas A&M University will always remember the first Heisman winner in school history.

Before Dat Nguyen tackled everything in sight and Johnny Manziel took college football by storm, John David Crow was the ultimate Texas A&M football legend. He paved the way for greatness.

Born in Marion, Louisiana, Crow arrived on campus from Springhill High School in 1954, but couldn’t play as a freshman due to NCAA rules. However, two years later, Crow led the Aggies to their first win over the Texas Longhorns at DKR, and then had a senior season for the ages.

Despite missing some games, Crow — a running back, halfback, quarterback and a stud on defense — rushed for 562 yards with six touchdowns, caught two passes, threw for five touchdowns and recorded five interceptions. He was a Unanimous All-American and won the Heisman Trophy over Iowa’s Alex Karras.

Crow was elected to the College Football Hall of Fame in 1976.

The No. 2 overall pick in the 1958 NFL Draft, Crow was named to four Pro Bowls, earned First-Team All-Pro twice, and compiled nearly 80 touchdowns during his playing career before retiring and becoming a coach.

In 1969, John David Crow joined Coach Paul “Bear” Bryant’s staff at Alabama as an assistant coach. He stayed there two years before becoming an offensive coach for the Cleveland Browns and San Diego Chargers.

Then in 1976, Crow became the the head football coach at Northeast Louisiana University, which is now the University of Louisiana-Monroe. He compiled a 20-34-1 record over five seasons.

A couple years after he left as a head coach, Crow and his wife, Carolyn, moved back to College Station where he started working for the Texas A&M athletic department. He even became the athletic director in 1988 until his resignation in 1993.

In addition to the College Football Hall of Fame, Crow was named to the Louisiana Sports Hall of Fame, a street is named after him next to Kyle Field, and there is a large bronze statue of Crow on campus.

Crow passed away in June 2015, three weeks shy of his 80th birthday, but his legacy lives on forever.