Kellen Mond: ‘I’m the Best’ Quarterback in the SEC 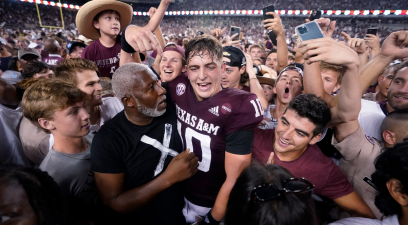 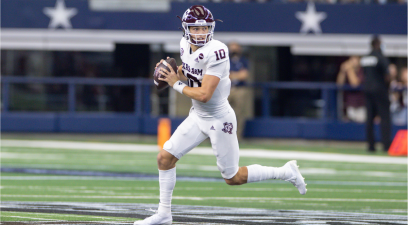 If there was any proof needed that NCAA college football needs to hurry up and get here, Texas A&M Aggies quarterback Kellen Mond just provided it. Not only did the junior signal caller just claim something pretty outrageous, but he also needs to back it up on the football field in a hurry.

Standing in front of reporters at SEC Media Days on Tuesday, the 6-foot-2, 217-pound Mond said he?s the best quarterback in the Southeastern Conference. He?s dead serious about it, too.

So it?s time to forget about Alabama?s Tua Tagovailoa, last year?s Heisman Trophy runner up, and Georgia?s Jake Fromm, who led the Bulldogs to back-to-back SEC Championship Game appearances. Go ahead and toss aside LSU?s Joe Burrow, Florida?s Feleipe Franks, South Carolina?s Jake Bentley and even Missouri?s Kelly Bryant while you?re at it, too.

This apparently Kellen Mond?s World, and we are all just here to witness the show.

Kellen Mond is confident heading into the season. When asked how he stacks up against the other SEC quarterbacks: “In my opinion I’m the best one. Not just because I’m a confident person, but I actually believe that.” pic.twitter.com/M71snxssQM

Make no mistake about it, Kellen Mond is very talented. He threw for over 3,100 passing yards and 24 touchdowns while adding nearly 500 rushing yards and seven scores on the ground in his first full year as starting quarterback last season. His potential in College Station is off the charts.

Mond balled out against Clemson with a career-high 430 yards. He threw for six touchdowns against LSU. He tossed for at least 220 yards against SEC defenses like Ole Miss, Auburn, Mississippi State, South Carolina and Kentucky, and led the Aggies to a Gator Bowl win over NC State.

However, unless the Aggies and head coach Jimbo Fisher has found a way to unlock a crazy video game cheat code for Mond this season, the San Antonio, Texas native and IMG Academy product is putting a big target on his back this offseason.

?In my opinion, I?m the best one. That?s not just because I?m a confident person but I actually believe that. I feel like my teammates believe in me, too, and Coach Fisher does. Like I just told him, I can come out here and say that in front of the media, but I got to go out and prove it on the field. Obviously, the SEC has a lot of great quarterbacks, and they?ve all proven that throughout the years, but I feel like I?m the best.?

There are tons of really good SEC quarterbacks, many who have NFL scouts drooling. It?s one thing to say you are the best and be confident. It?s another to back it up against All-American candidates at the FBS level.

Kellen Mond has his work cut out for him because potential and a bowl game win isn?t going to be enough to prove he belongs in the discussion.

READ MORE: Could Texas A&M?s Tough Schedule Actually Get Them to Atlanta?