It's a lofty goal, no doubt, but Amber is no stranger to making history. In 2016, following her victory at the NASCAR Whelen All-American Series race at Motor Mile Speedway, she became the first female Canadian driver to win a NASCAR-sanctioned race in the United States. Balcaen also puts in major work off the race track, as a social media influencer, television star, and the president of Amber Balcaen Racing, Inc.

Balcaen has already proven to be a massive influence to little girls and young women everywhere who are hoping to carve their own paths in professional auto racing. But, she has no plans of stopping her barrier-breaking journey anytime soon. 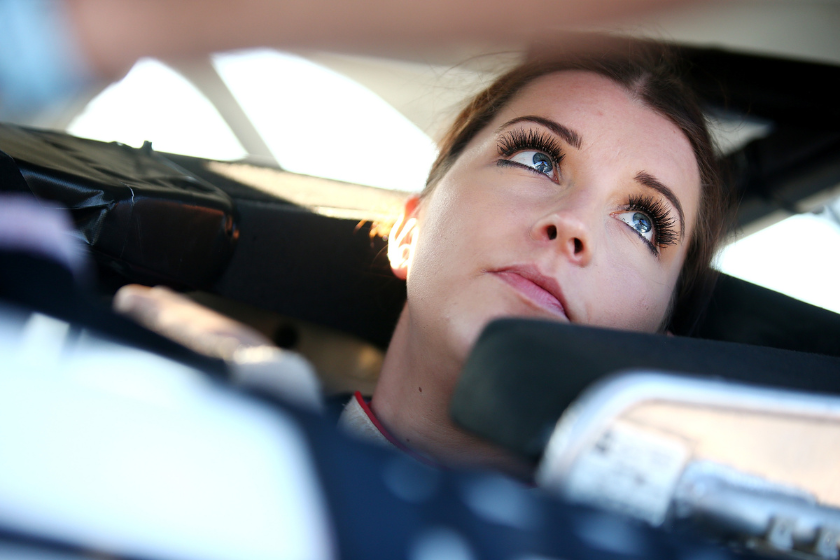 Amber has been engrained in the racing lifestyle since birth. Her father, Mike Balcaen, was a 48-time track champion in late model racing, and her grandfather, Lou Kennedy Sr., was a Hall of Fame sprint car driver. Amber's own racing career started when she was 10. She proved her talent out on the dirt track and racked up tons of victories in the midst of adversity, as she was typically the youngest driver and the only female driver competing. When she was 16, she bought her own Lightning Sprint Car, and that same year, she became the first female to win a dirt track racing championship in Manitoba.

By 2014, Amber was driving a 410 Outlaw Sprint car for Apex SpeedSports. She continued her dominant streak and went on to win Rookie of the Year honors. Her skills on the track impressed the higher-ups at NASCAR, and they eventually invited her to claim a spot in the the NASCAR Driver for Diversity Program. It was at this point that Amber made her transition into stock car racing.

As it turns out, Amber was the first member from her racing family to make the move from a dirt track to an asphalt race track, and  although it was a big change for her, she absolutely kicked ass during her first full season on hard ground. Driving for Lee Pulliam Performance in the NASCAR Whelen All-American Series, Balcaen made history with her win at Motor Mile Speedway and racked up 11 top-five finishes (seven of them being top-three) on her way to yet another Rookie of the Year award.

In the years that followed, Amber made several series debuts. In 2017, she made her first start in the NASCAR K&N Pro Series East at New Smyrna Speedway, while in 2018 and 2019 she ran in two races each year for Kyle Busch Motorsports in the CARS Super Late Model Tour. In 2020, Amber went back to dirt track racing, competing in the National Powri Midget racing series for Ripper Motorsport. In 2021, Amber ran in three NASCAR K&N Pro Series West races for Bill McAnally Racing, placing 15th at Irwindale Speedway, 11th at Irwindale two weeks later, and 22nd at Las Vegas.

Today, Amber is running her first full-time schedule in the ARCA Menards Series, driving the No. 30 Ford for Rette Jones Racing. As of the publication of this article, she is currently sitting at sixth in the standings thanks to three top-10 performances in a row at Kansas, Charlotte, and Iowa. She has plenty of ground to make up if she hopes to accomplish her historic goals, but with 12 races left in the season, a lot can happen.

Amber's Stint as a TV Star and Social Media Influencer 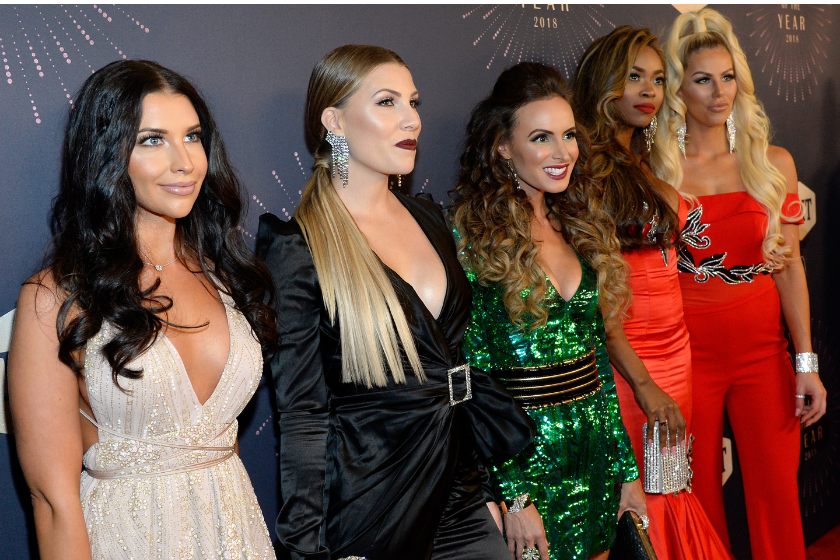 While Amber was starting to make a name for herself in NASCAR, she also started to gain some momentum in another industry: television. In 2017, she worked as a TV personality for News Rising and, alongside AC/DC frontman Brian Johnson, she co-hosted Season 3 of Cars That Rock. In 2018, Amber was also a celebrity guest for Fins and Skins Classic Adventures with Henry Waszczuk.

Her big TV break came in 2019, when she appeared on the CMT TV show Racing Wives. The show starred such NASCAR wives as Samantha Busch and Whitney Dillon and touched on what they did in their personal careers. Amber Balcaen was on the show not as a wife, but as a woman who carved her very own career in auto racing. The show particularly gave an inside look at the challenges she faced with landing sponsorships for her upcoming season.

Amber is also all about using her social media presence (@AmberBalcaen10 on Instagram and Twitter) to inspire others. Aside from covering her racing career, Balcaen also uses her platform as an influencer to showcase her business and fitness interests, while also giving her followers a little inside look into her personal life.

She may have a long way to go before she reaches her ultimate goals, but something tells me that we'll be hearing and seeing the name Amber Balcaen a lot more in the next year or two.