Every diehard NASCAR fan knows that Dale Earnhardt and Jeff Gordon dominated the 1990s, with seven championships between the two of them.

Even still, "The Intimidator" and "Wonder Boy" weren't the only drivers who stood out during the '90s. Sure, it wasn't easy to compete with two of the best to ever step inside a stock car, but Victory Lane was littered with legends during that decade.

Here's our official ranking of the nine best NASCAR drivers of the 1990s. 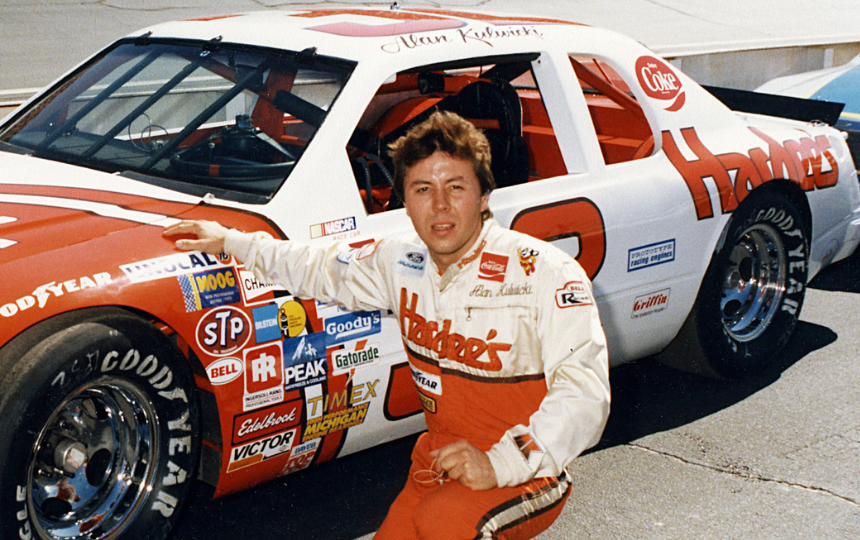 The Polish Prince won the 1992 Cup championship, and his song choice at the end of year banquet embodied his style throughout his career: My Way by Frank Sinatra.

Alan Kulwicki wanted to race for himself. He had to do things his way and not have anybody be his boss. A mechanical engineer by trade from Wisconsin, Kulwicki was the first college graduate to win the NASCAR title in 1992 and did so after climbing from 278 points down with six races to go to win over Elliott by 10 points.

Kulwicki died in a plane crash on board a private airplane owned by his sponsor Hooters on April 1, 1993. 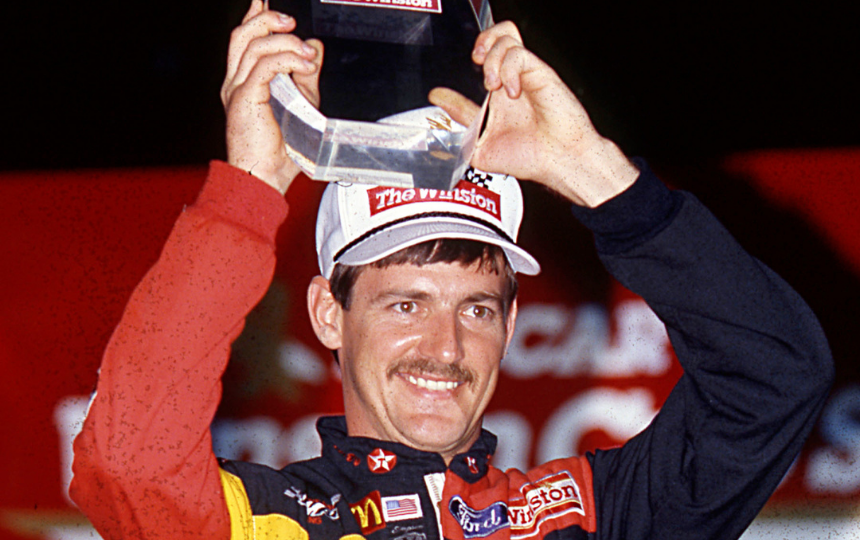 Davey Allison ran only three-and-a-half seasons in the 1990s before a helicopter accident at Talladega Superspeedway took his life. But, it was 1992 when the Hueytown, Alabama native was firmly in place as a NASCAR front runner.

After winning that year's Daytona 500, Allison went on to win five races that season with numerous accidents and other tragedies befalling him throughout the year. Allison would finish third in points after being involved in an accident with Ernie Irvan in the final race of the year in Atlanta.

In 1993, Allison won the spring Richmond race and crew chief Larry McReynolds figured that the team had hit on something special in the Loudon race where Allison finished third. However, Allison was unable to see if their newfound gains were true as he perished shortly after that race. 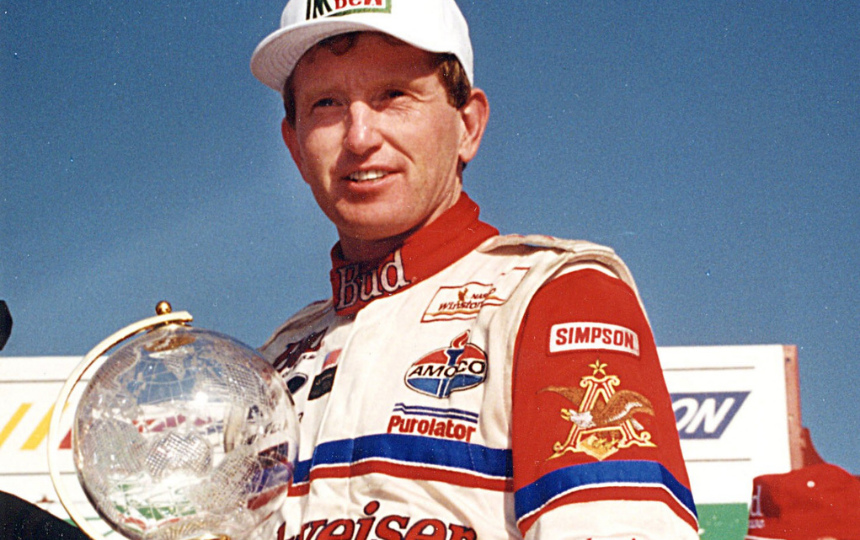 Bill Elliott's journey in the '90s started with Melling Racing, the team he raced for throughout the '80s, and ended with him racing for himself again for his own team after spending three years with Junior Johnson.

Despite not winning a Cup championship, Bill Elliott won Junior Johnson Racing's last race in the 1994 Southern 500 and nearly won the team their last title two years prior in 1992. Elliott was only 10 points behind Alan Kulwicki that year despite winning five races to Kulwicki's two.

Elliott wasn't as competitive near the end of the decade, but he was still able to put together respectable results from time to time, including an eighth place finish in points in 1997. 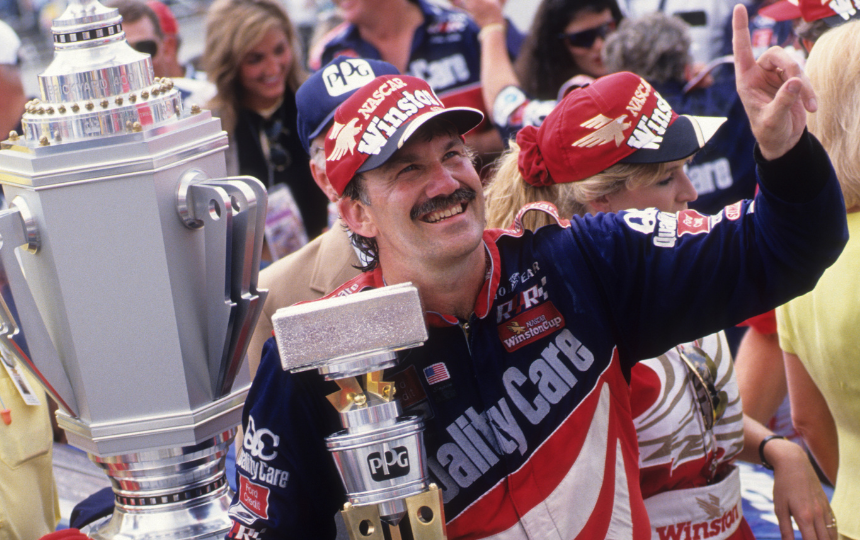 The Wood Brothers gave Dale Jarrett an opportunity to replace Neil Bonnett when the Alabama native had a severe accident at Darlington. Jarrett rewarded the team with his first win at Michigan in 1991 before jumping to Joe Gibbs Racing in 1992, winning the following year's Daytona 500 ahead of Dale Earnhardt.

Jarrett would win the 1996 Daytona 500 to start a four-year period ending the 1990s where the No. 88 Robert Yates Racing Ford would find victory lane 18 times and would finish the season standings in third, second, third, and first to end the '90s. 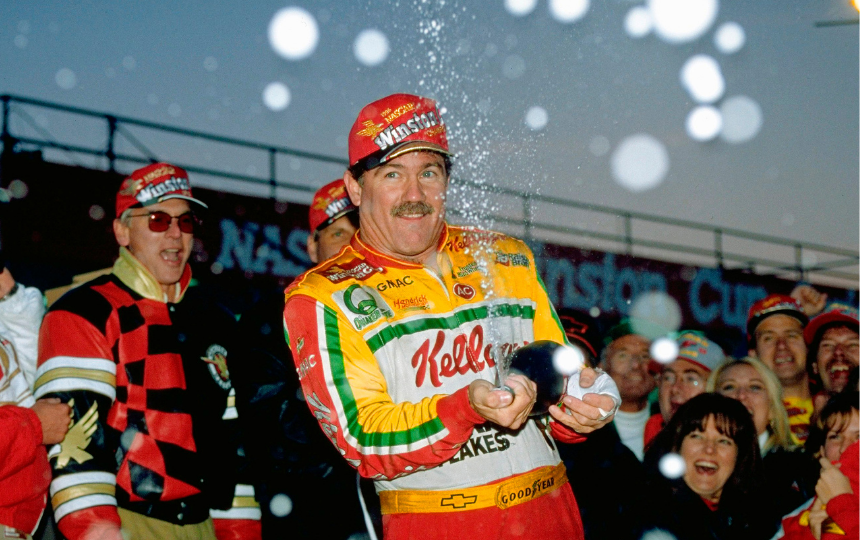 While Gordon gave Hendrick Motorsports their first title in 1995, Labonte has the distinction of breaking up Gordon's domination of the late '90s with his second Cup title in 1996.

Despite winning only two races to Gordon's 10, Labonte had 21 top-five finishes and 24 top-10 finishes out of 31 races for an average finish of 8.2. 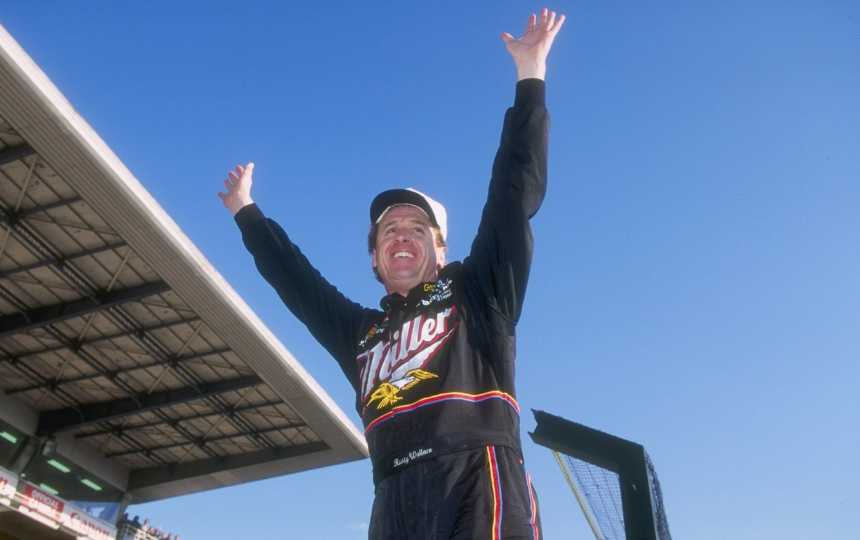 Winning 33 races puts Rusty Wallace third on the list of '90s winners, and his prowess on shorter tracks manifested itself with 23 of his '90s wins coming on tracks of about a mile in length or less.

Wallace's most successful season was his 10-win campaign of 1993, but five DNFs and a memorable flip at Talladega that dropped him over a dozen places on the final lap put him second to Dale Earnhardt in the points. 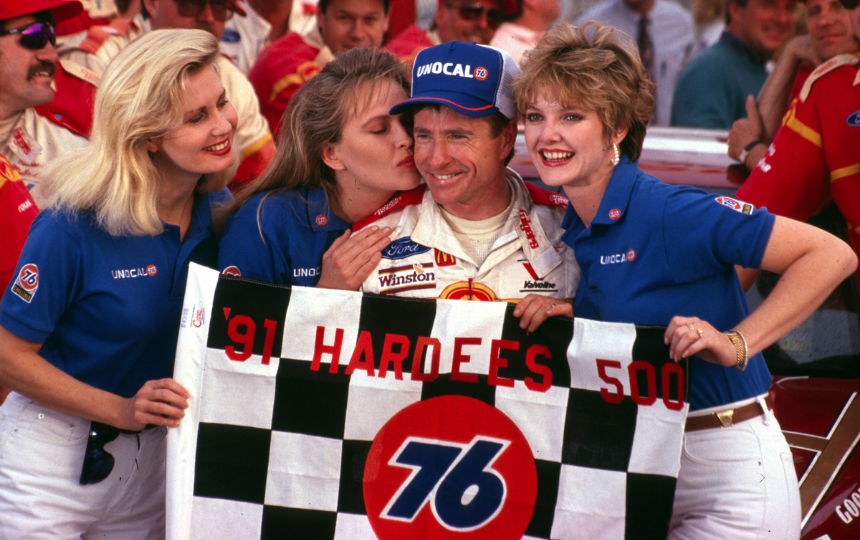 Mark Martin's only crime of the 1990s was that he wasn't Dale Earnhardt or Jeff Gordon.

The Batesville, Arkansas native finished second three times in NASCAR points in the 1990s (1990, 1994, and 1998). Due to a rather interesting penalty at Richmond in 1990 on a carburetor spacer, Martin lost 46 points that would end up costing him the title that season to Earnhardt.

Martin was a very technically gifted racer, but being very good in an era of all time greats wasn't enough to get the five-time IROC champion a Cup title of his own. 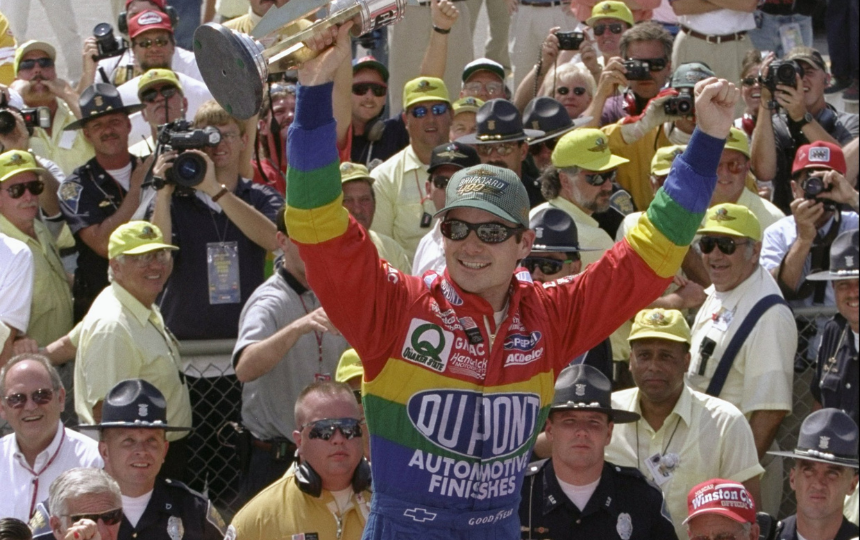 After making his debut in the 1992 season finale at Atlanta, Gordon scored a handful of top-five finishes the following year before winning the 1994 Coca Cola 600 and Brickyard 400. When Chevrolet debuted their Monte Carlo in 1995, Gordon mastered it, winning seven races and entering the final race of that season with a points lead large enough that Gordon was able to take it easy while Earnhardt had to charge all day.

Gordon continued his form over the next few years, but lost the 1996 championship by just 37 points to another Hendrick Motorsports driver: Terry Labonte. Gordon won the next two titles and ended the decade with a pair of Daytona 500 wins and a victory in the 1997 Winston Million. 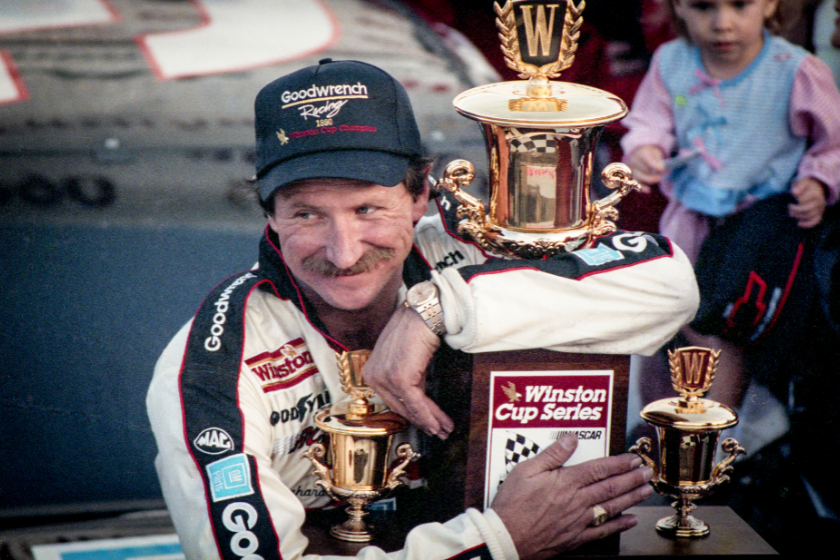 Earnhardt could have had a fifth title in 1995. Earnhardt was leading coming to the white flag at the April Talladega race, but contact with Morgan Shepherd dropped the Kannapolis, North Carolina native from third to 21st place after Mark Martin and Jeff Gordon got by him. Combine that with two costly DNFs at Michigan where eventual champion Gordon had top-five finishes, Earnhardt losing the title was inevitable.

The final jewel in Earnhardt's trophy case came at the 1998 Daytona 500. After 20 years of futility, "The Intimidator" won NASCAR's biggest race in a very popular win.