Denny Hamlin had already celebrated in Victory Lane and taken a picture with the eagle trophy after winning the M&M's Fan Appreciation 400 at Pocono Raceway, but just 90 minutes later, Hamlin's third Cup win of the season would be stripped away.

As misfortune would have it for Joe Gibbs Racing, Hamlin and his JGR teammate Kyle Busch, who finished second, both failed the post-race inspection and were subsequently disqualified. As a result, Hamlin was credited with a 35th-place finish and Busch placed 36th, while NASCAR gave the win to third-place finisher Chase Elliott.

It may seem bizarre for NASCAR to disqualify an apparent winner, and while it's an extremely rare practice, it has been done before. All you NASCAR historians out there may recall that the last time that something like this happened was back in 1960 to a little-known driver named Emanuel Zervakis at a long-defunct track called Wilson Speedway. 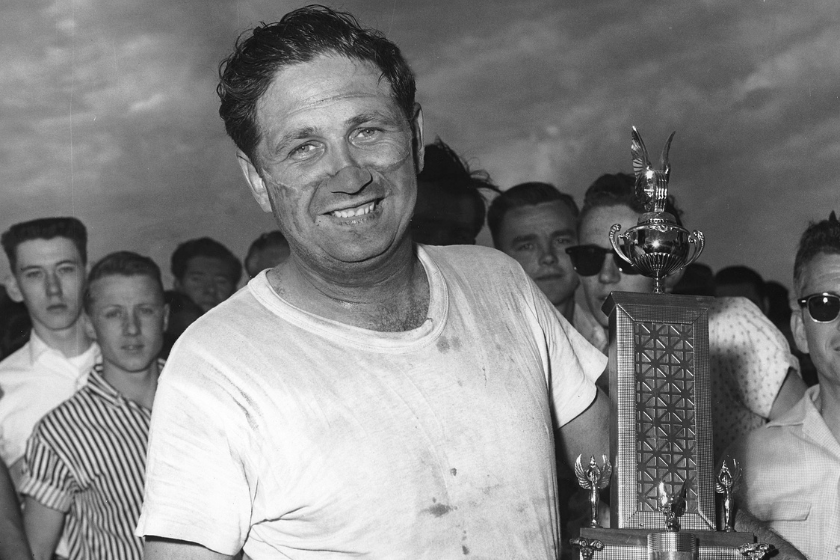 When Emanuel Zervakis started the 1960 NASCAR Grand National Series season, the Richmond, Virginia-based driver and team owner had yet to earn a top-10 finish. After three years of racing at NASCAR's highest level, his luck would finally changed in '60, and he headed into the race at Wilson Speedway with three top-10s under his belt, placing eighth and 10th at the two early-season races at Daytona International Speedway and ninth at the Martinsville Speedway race.

At first, his day at the North Carolina track would be one to celebrate, as Zervakis was initially credited with his first win. Later, Zervakis' win was thrown out due to his No. 85 Chevrolet having an oversized fuel tank. Zervakis was able to run the race without a single pit stop, and according to an Associated Press report following the incident, he "carried about a half-gallon of gasoline more than is considered stock in the technical ratings of his 1960 Chevrolet." Joe Weatherly was declared the winner and took home the first-place purse of $1,275.

Interesting enough, Weatherly is also a rare name on the other side of NASCAR disqualification history. Aside from Hamlin's and Busch's disqualifications at Pocono, the last time that two finishers were DQ'd in a single race was at Palm Beach Speedway in 1955 when NASCAR officials discovered a non-stock camshaft in Weatherly's Ford and illegal valves in Jim Reed's Chevrolet. Even though Herb Thomas was a lap behind the two disqualified drivers, he ended up being declared the winner.

As for Zervakis, he would pick up his first legitimate win in 1961 at Greenville-Pickens Speedway and would earn the second and final win of his career later that year at Norwood Arena Speedway. He would run his final race in 1963, with 40 top-10 finishes to go along with his two victories. 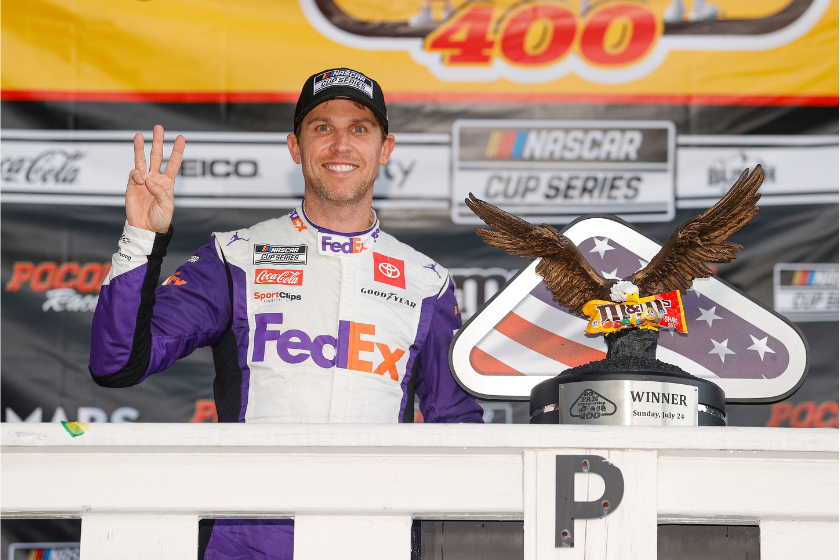 According to NASCAR Cup Series Managing Director Brad Moran, both Denny Hamlin and Kyle Busch were DQ'd at Pocono because of extra material on their front bumpers.

"There was some issues discovered that affect [aerodynamics] of the vehicle," Moran said. "The part was the front fascia (front bumper and grille), and there really was no reason why there was some material that was somewhere that it shouldn't have been, and that does basically come down to a DQ."

In a tweet sent following the disqualifications, reporter Bob Pockrass added that "NASCAR says the issues weren't found in prerace tech because they don't take the wrap off during prerace tech. Taking the wrap off in certain places is part of postrace tech."

While it's possible that Martin Truex Jr. and Christopher Bell, the other two members of Joe Gibbs Racing, may also have been in violation of NASCAR rules, their cars weren't inspected as closely since they didn't finished in the top five, according to Pockrass. JGR team owner Joe Gibbs said that he was "shocked" by the ruling and that the folks over at JGR plan "to review every part of the process that led to this situation."

Due to his credited first-place finish, Elliott now holds the top spot in the 2022 Cup Series standings. But, as he made clear in a post-race interview, he'll be moving on from Pocono as if he had finished in third.

"I'm not going to celebrate someone's misfortune," Elliott said. "That doesn't seem right to me. I crossed the line third. That's kind of how I'm looking at it."