These days, former NASCAR driver Jeff Gordon is a top executive at Hendrick Motorsports, where he used to race during his stint in the NASCAR Sprint Cup Series and Winston Cup Series. During his time competing in NASCAR's highest level, he raced his way to 93 wins and four Cup titles.

But, he's not the only one in the Gordon household with accolades and name recognition. Jeff's wife Ingrid Vandebosch has had quite the career of her own, and they make for the ultimate power couple.

She may not be as talked about in the world of racing, but in the realm of beauty, fashion, and modeling, Vandebosch has definitely got it going on. Let's learn a little bit more about Gordon's other half. 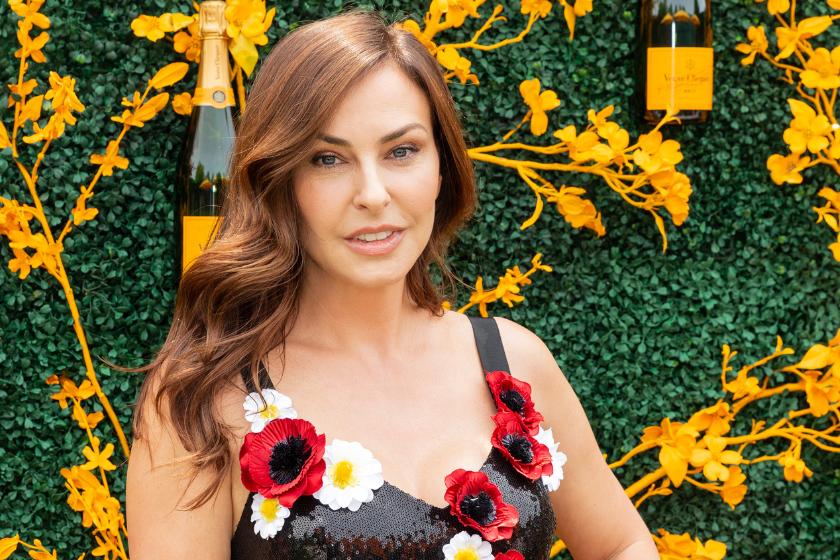 Born in Belgium, Ingrid Vandebosch started her modeling career when she was 16. It only took around a year before she was discovered by Parisian agents, which initiated her move to the City of Light. She stayed in Paris for the next seven years and worked on a variety of projects for Christian Dior perfumes. Over the years, she appeared in tons of different magazines, including Vogue, Marie Claire, Elle, and Glamour. In 1990, Vandebosch won the Elite Look of the Year Award.

It was at this time that she made the big move to New York City to pursue opportunities with modeling and film. It paid off well for her, because she landed movie roles in The Insider, Going Greek, and Taxi, where she was featured alongside Tom Brady's wife Gisele Bündchen.

Ingrid later became the face of a cosmetics line called Artistry. The Belgian model also had her own line of lingerie, which saw great success. In 2008, Vandebosch was featured in the Sports Illustrated Swimsuit Issue.

Today, she's active in a number of charities alongside her husband Jeff, including the Jeff Gordon Children's Foundation, which seeks "to support children battling cancer by funding programs that improve patients' quality of life, treatment programs that increase survivorship and pediatric medical research dedicated to finding a cure." 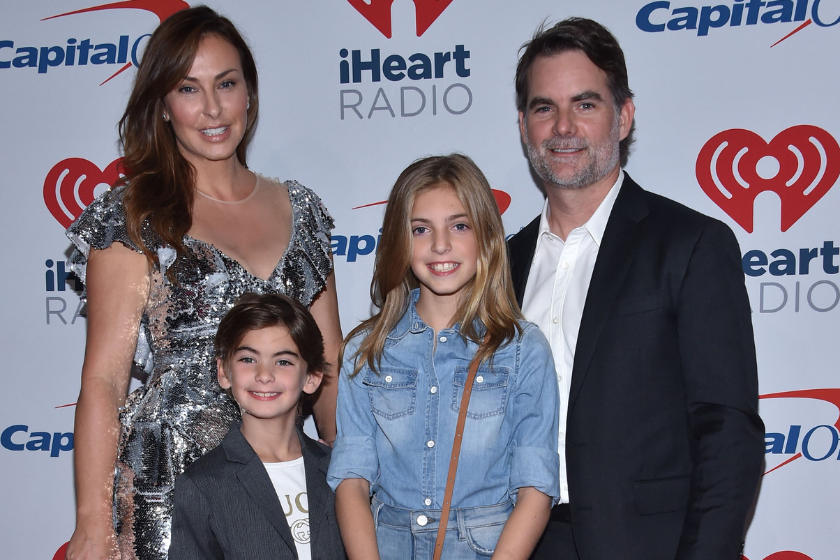 Back in 2002, Jeff and Ingrid were first introduced by a mutual friend during a party in the Hamptons, but they didn't actually start dating until just over two years later. Once they were finally together, love was in the air.

By 2006, they had announced their engagement. On November 7, 2006, Jeff and Ingrid got married at a private ceremony in Mexico.

In June 2007, Ingrid gave birth to their first daughter, Ella Sofia Gordon, and in August 2010, their son Leo Benjamin Gordon was born. They've been one happy family ever since.

Ingrid and Jeff's commitment to charitable causes only increased when their kids were born. In December 2011, the couple traveled to Rwanda with four-year-old Ella to help out at a children's hospital.

"Most of what (Jeff) does is with children, so I just feel so much closer to it now that we have children," Vandebosch said. "It's amazing to be able to do something that changes people's lives, and to know the stories and get to know the people."

These two seem like they're living the life, but I can't blame them. They've both put in tons of hard work over their careers, and it has paid off big time (to the tune of a hundred-million dollar net worth). I wish these two and their children the best of luck in their future, and I hope we continue to see them do great things in the world.

MORE: 4 Jeff Gordon Records That Will Never Be Broken