As one of the most dominant drivers in NASCAR's modern era, Jeff Gordon is in exclusive company when it comes to several of the achievements he accumulated during his 25-year tenure in the sport's highest level.

He's one of four NASCAR drivers to win four or more Cup titles. He has the third most all-time Cup Series wins with 93. He has 12 restrictor plate wins, putting him right behind Dale Earnhardt's 13.

But, there are a few NASCAR records that put Gordon on an island all by himself. These are records that will arguably never be broken. Here are those records. 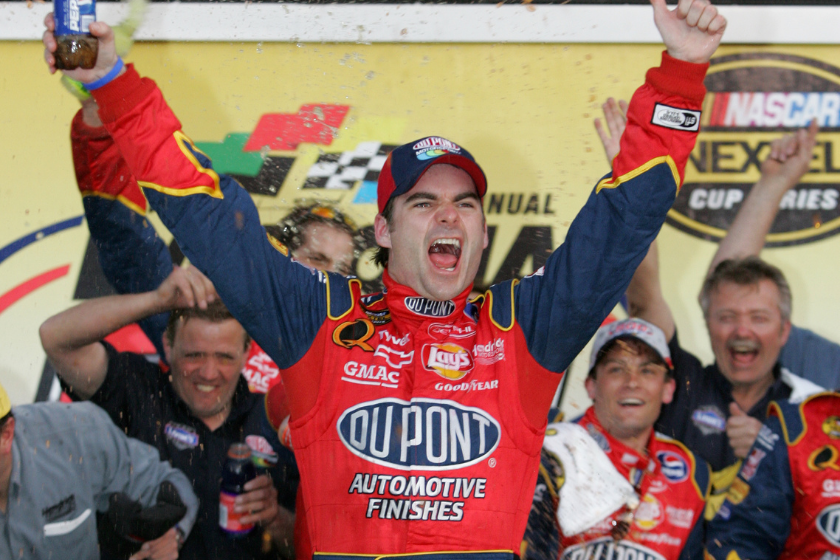 That year, R.J. Reynolds Tobacco established two time-honored NASCAR traditions: the All-Star Race and the Grand Slam. Consisting of four races -- the Daytona 500, the Winston 500, the Coca-Cola 600, and the Southern 500 -- the Grand Slam not only offered the winner seasonal bragging rights but provided a million-dollar cash bonus known as the Winston Million.

Over the years, Gordon racked up both the big bucks and the bragging rights with a whopping three Grand Slams to his name and a total of 16 Grand Slam race wins.

Anyone even close to touching Gordon's record retired long ago. The only active driver even in contention? Kevin Harvick. He has one Grand Slam title and six race wins. 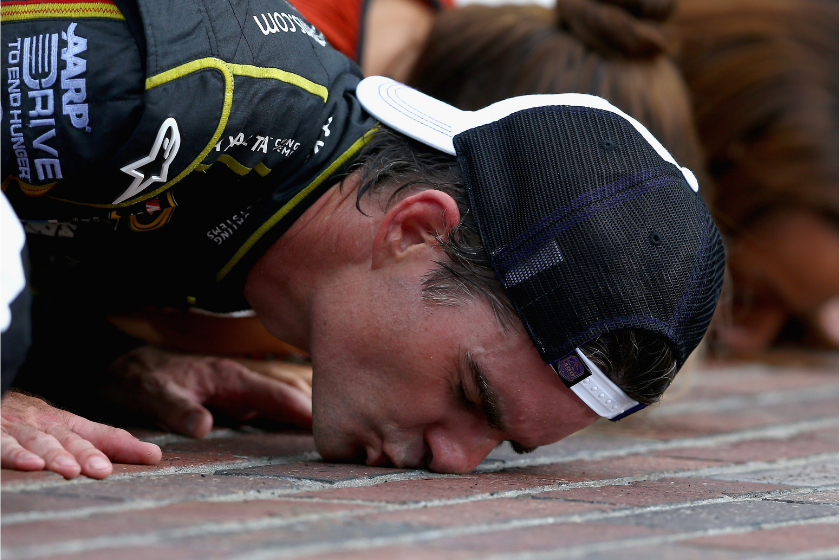 Going back to the NASCAR Grand Slam for just a bit, many drivers and fans argue that this achievement should actually include a fifth race: the Brickyard 400.

If you include that as a crown jewel race, Gordon would only further separate himself from the competition, as the longtime Hendrick Motorsports driver raced to five Brickyard 400 victories. Right behind Gordon is Jimmie Johnson with four wins and Kevin Harvick, who kissed the bricks at Indianapolis Motor Speedway three times.

You could argue that it's not entirely out of the realm of possibility for Harvick to catch up to Gordon, but there's just one problem: the Brickyard 400 isn't a race anymore. So, there's that. 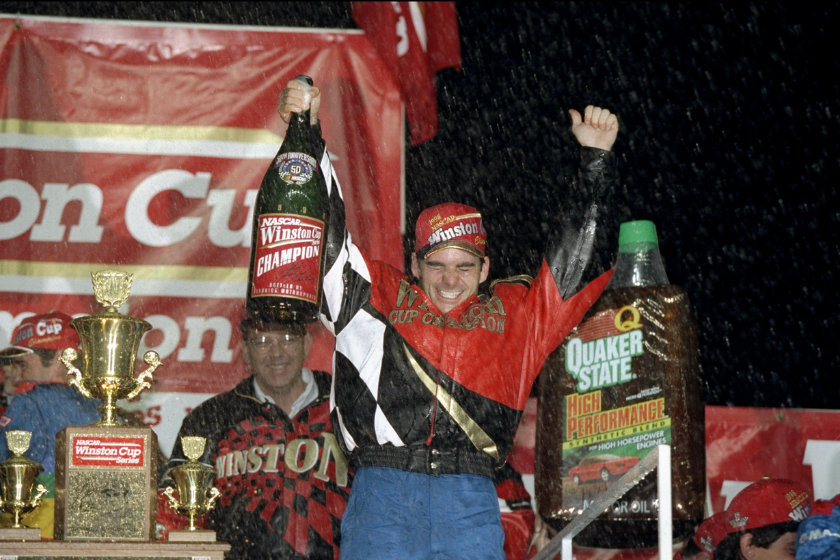 Jeff Gordon may have been called the Rainbow Warrior for his multi-colored paint scheme, but you could also argue that the moniker could also apply to his ability to see the rainbow at the end of the rainstorm.

Busch may be within striking distance, but with retirement looming, along with the fact that he's usually good for just one win a season and rain-shortened races aren't that common, Gordon's record is likely going untouched. 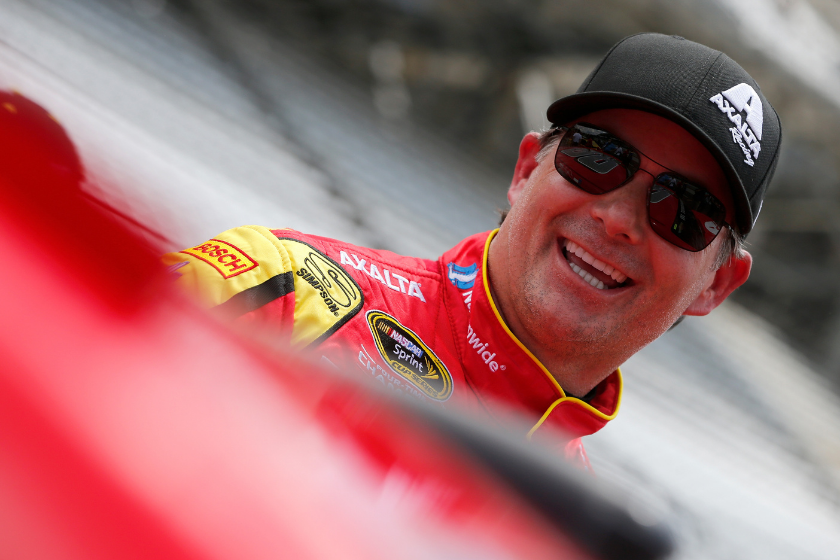 With 797 consecutive Cup Series starts, Gordon is holding down a pretty comfortable lead. But, Kevin Harvick has 722 consecutive starts, and even at 46 years old, he could very well have a couple years left in him.

But, let's do a little bit of math. There are 36 races in the NASCAR Cup Series schedule. If Harvick makes it all the way through the 2023 season without a hiccup, he'd be sitting at 784 starts. Again, it's technically doable and I don't want to sit here and judge Harvick's longevity, but I'm going out on a limb and saying Gordon holds onto this one.