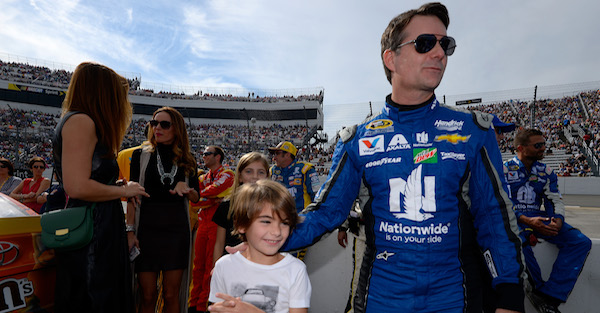 They couldn’t keep the Gordons off the racetrack for long.

Jeff Gordon might be retired as a NASCAR driver, but his 7-year-old son, Leo, is ready to begin his racing career despite being at such a young age.

The elder Gordon posted a couple of pictures on Instagram of his son, who was just officially certified for the North Carolina Quarter Midget Association Speedway.

Leo is officially ready to race!

Leo Gordon started racing laps in the quarter midget series in December, and he received his certification this week.

It might not be too much longer before we see Leo racing in NASCAR. He has a lot of work to do if he wants a career similar to his dad’s, though.