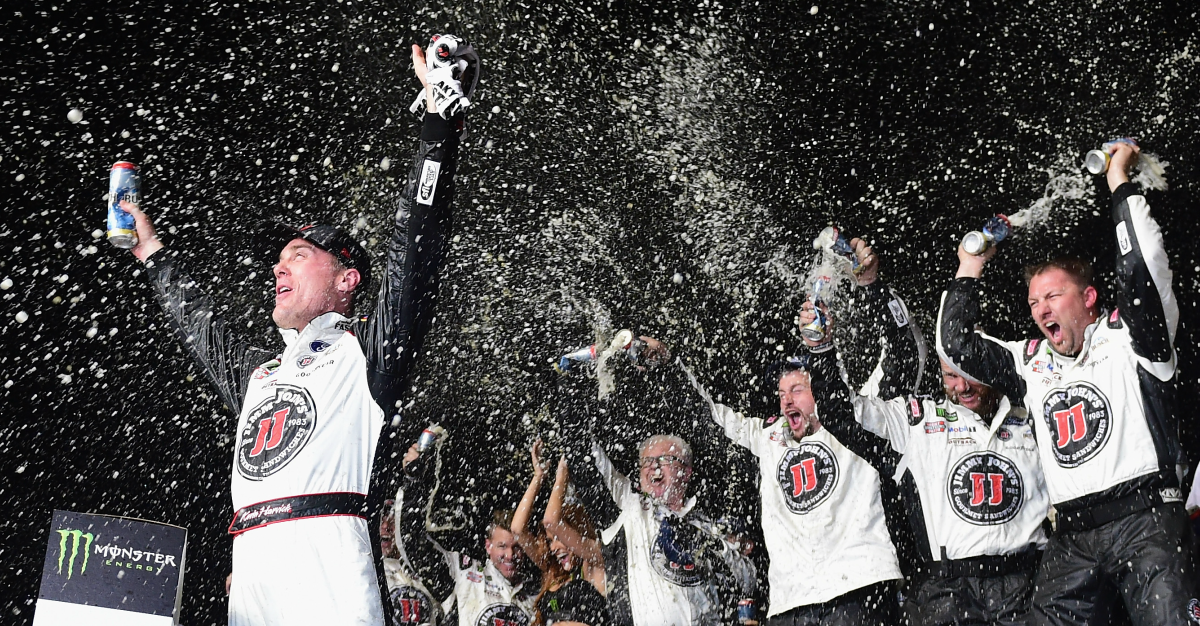 Kevin Harvick had a heck of a day at Atlanta, winning at the track for the first time in 17 years and paying tribute to Dale Earnhardt Sr. But, as is typical in NASCAR today, everyone has to hold their breath for the post-race inspections.

During inspections, NASCAR found an unsecured lug nut on Harvick’s number four Ford. The team received a safety violation and crew chief Rodney Childers was fined $10,000, according to NASCAR.com.

The team had problems with the NASCAR-issued pit gun early in the race, and as more teams struggle with the spec guns, loose lug nuts will be watched very carefully.

In the Xfinity series, the No. 42 Chip Ganassi Racing Chevrolet and the No. 52 Means Motorsports Chevrolet teams were also assessed a safety violation for an unsecured lug nut and the crew chiefs from each team were fined $5,000.

It could have been worse for all three teams, as the fines were relatively small and there were no suspensions or docking of championship points.