Kevin Harvick's retirement plans have seemingly been a topic of conversation for the past five years or so. After all, the driver of the No. 4 Ford for Stewart-Haas Racing is 46 years old, and most NASCAR drivers seem to retire at a much younger age than back in the day. Clint Bowyer retired at 41 back in 2020, while Aric Almirola announced that the 2022 NASCAR Cup Series season would be his last. Harvick's SHR teammate is only 38.

But, Harvick, who ran his first Cup race back in 2001, still seems to be loving life behind the wheel of a stock car. Even still, it's not like retirement has never crossed his mind, and during his appearance on NASCAR on Fox's Pit Stop with Motte back in 2018, he revealed quite the ambitious game plan when it comes to his next chapter in NASCAR.

"When I retire, I want to be in charge." @KevinHarvick plays a game of "Dear NASCAR" with @DarylMotte. pic.twitter.com/bDOGUHX7VT

"Dear NASCAR, when I retire, I want to be in charge," said Harvick, whose response was met with laughter from host Daryl Motte.

"To do what though?" Motte asked in a follow-up question.

"I want to run the whole thing," Harvick responded.

Now, obviously, Harvick has never been in any serious talks to take over the reins as NASCAR president, but when Motte asked if he had any "quick fixes" for NASCAR, Harvick couldn't help but flash a smirk before his response.

"We'd have a long list of things that would probably not make a lot of people happy," he said.

Now, Harvick was obviously keeping things light for the sake of TV, but he's also been known to have serious criticisms about NASCAR's product in recent years. Having been a full-time driver in the Cup Series for over 20 years, Harvick has seen a number of changes during the sport's modern era and has been outspoken about everything from the Next Gen car to dirt racing at Bristol Motor Speedway to even the popularity of Dale Earnhardt Jr.

While Kevin Harvick's future retirement plans are by no means certain, one thing is: he cares a hell of a lot about the sport of NASCAR. 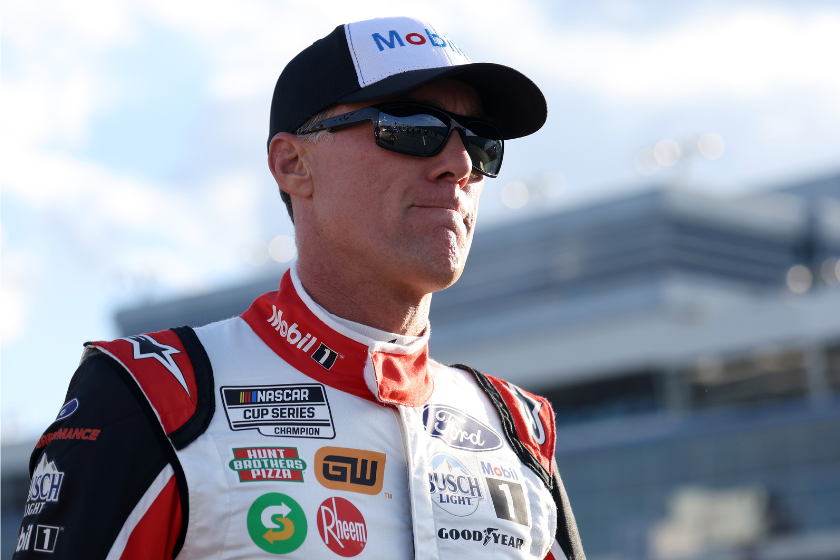 As of this article's publication, Kevin Harvick has been on a 59-race winless streak, having last seen Victory Lane at the September 2020 race at Bristol. But, the NASCAR vet isn't letting his recent performance get him down, and in an April 2022 interview, he made it clear that he plans on sticking with Stewart-Haas Racing for the foreseeable future.

"I like where I race. I like Stewart-Haas Racing. I like the atmosphere. I like the people here. That's really the biggest reason that I like to do it, especially this year," Harvick told Motorsport.com. "You're with a group of people where you're constantly problem-solving. You're trying to fix it faster than everybody else and come to something that is better than everybody else so you can win races.

"I like the core group of guys that I started here with. That's why they all came here, and I guess I would feel like I'm abandoning them if I didn't go a couple more years."

"For me, I still enjoy that challenge. I enjoy where this series is, and learning about the new car is not a bad thing to do as you go forward into the future and do something different."

Now, Harvick hasn't been quite so high on his team in recent months. After placing fourth at the July 12th race at Sonoma Raceway, where Daniel Suarez made history as the first Mexican-born driver to win a Cup Series race, Harvick was extremely critical over his team's performance on pit road. After putting in pit stop times of 11.51 and 11.57 seconds, Harvick's team took 22 seconds on the final pit stop of the day.

"I swear to God, we look like the biggest f***ing bunch of wankers every single week on pit road," Harvick said over his team's radio.

In a post-race interview, Harvick didn't mince words when it came to his team's struggles.

"Our GEARWRENCH Ford Mustang was good. We had our minimum of once-a-week catastrophic failure on pit road and got back as far forward as we could, as usual," Harvick said. "It is what it is, I guess. We didn't finish where we should have."

"I mean, we took away all of our chances. We should have been second at worst but we keep screwing up every week."

Harvick's fourth-place finish at Sonoma marks his fourth top-five finish this season. He also placed third at Charlotte, fourth at Darlington, and second at Richmond. He currently sits in 12th in the Cup points standings, though with a projected playoff rank of 17th, this puts him just outside the bubble. If they hope to make the Round of 16 cut come September, Harvick and his No. 4 team will need to get on the same page and string together some impressive performances this summer.

MORE: Tony Stewart's Promise to His Dad Led to His NASCAR Retirement