Former champion back on top after Atlanta qualifying 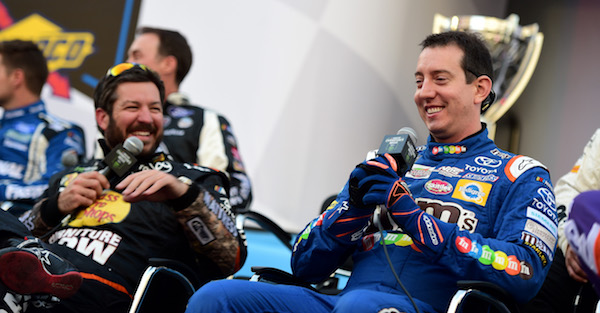 The Daytona 500 didn’t go as planned for Kyle Busch as he finished 25th, but the former Cup Series champion started off the second weekend of the season on the right note.

Daytona 500 winner Austin Dillon qualified 25th, while runner up Bubba Wallace checked in at No. 19.

Other notables include Joey Logano at 16th and Ryan Blaney at 26th.

Related: Sunday?s NASCAR race in Atlanta could be in trouble

The news wasn’t so great for defending champion Martin Truex Jr. Truex’s No. 78 car failed pre-qualifying inspection three times, so he will be forced to start at the back of the field at the Folds of Honor QuikTrip 500.

Truex will also be without car chief Blake Harris, who was ejected from the race weekend after the car failed inspections.

It wasn’t the news Truex wanted heading into the weekend ? especially after he said he thinks the true contenders will emerge at Atlanta. Starting at the back doesn’t necessarily doom him for the race, but it’s certainly not the ideal situation.

Brad Keselowski will look to defend his title on Sunday at Atlanta, weather permitting. Rain could push the race back to Monday or Tuesday.