Most of us aren't necessarily on a quest for glory when we're 21. But, by the time he was that age, Kyle Larson was already making major moves as a NASCAR driver.

At an age when most people still don't even know what they want to do with their lives, Larson had already become the first Asian-American to win a Rookie of the Year Award in one of NASCAR's national touring series AND was the owner of a massive house in Huntersville, North Carolina. Talk about success on and off the track.

But, Larson hasn't gotten to where he is today without grinding. He's raced in just about every motorsports league you can think of, finding success in both stock and open-wheel cars. Even the great Tony Stewart praised Larson early in his career for his raw talent and versatility.

Following a 2020 NASCAR Cup Series season marred by controversy and suspension, Larson showed his resilience in 2021 by turning in one of the most impressive seasons in the modern era and winning his first Cup title. It's no wonder this guy makes millions.

And, at only 29, Larson still has a long way to go in his career, with more races to be won and certainly more money to be made.

Kyle Larson Started His Racing Dominance at a Young Age 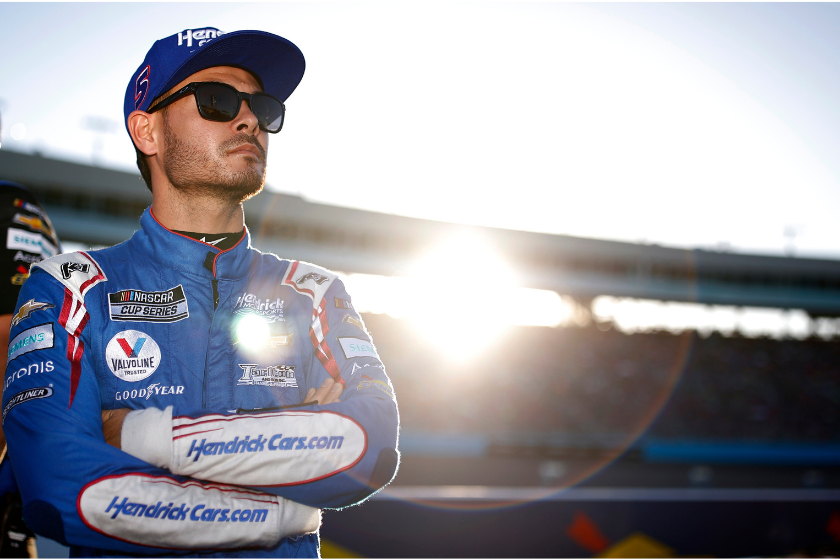 Born and raised in Elk Grove, California, Kyle Miyata Larson started his racing career at the age of seven behind the wheel of outlaw karts. By the time he was a teenager, Larson had moved on to racing United States Auto Club (USAC) midget cars, Silver Crown and sprint cars, and World of Outlaws sprint cars. Some accomplishments during his early days include the 2011 4-Crown Nationals at Eldora Speedway, during which he became the second driver in history to win in all three types of USAC cars in a single night.

2012 also marked a great year for Larson. He racked up six USAC National Midget race wins, the NASCAR K& Pro Series East championship, and the NASCAR K&N Pro Series East Rookie of the Year award. With accolades like that, a shot at NASCAR's highest level was certainly within arm's reach.

In 2013, a year after kicking off his Truck Series career (back when it was the NASCAR Camping World Truck Series), Larson moved full-time to the NASCAR Nationwide Series (now the NASCAR Xfinity Series). That year, he won the Nationwide Series Rookie of the Year Award, making him the first Asian-American and first Drive for Diversity participant to win the award in one of NASCAR's national touring series.

The following year, it was time for Larson to move over to the Cup Series. Surprise, surprise, he ended up winning the Cup Series Rookie of the Year award. Kyle Larson really is the master of first impressions.

Larson has also seen a great amount of success outside of NASCAR. In 2015, he was the overall winner of the Rolex 24 at Daytona, which is a 24-hour sports car endurance race held at Daytona International Speedway. He's also a World of Outlaws Sprint car team owner and has a host of dirt racing accolades under his belt. This guy really is a jack -- or Kyle, rather -- of all trades. 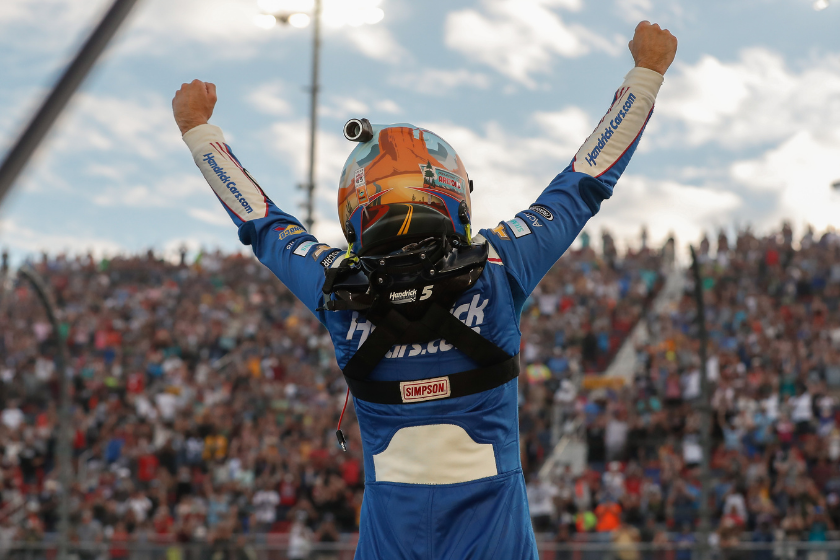 2020 was a bad year for pretty much everyone, but Kyle Larson really messed up. On April 12, he and several other professional drivers took part in a livestream event. Believing his mic to be set for private messaging only, Larson used the "n-word" in front of absolutely everybody. His fellow competitors quickly called him out to let him know everyone had heard, and the fallout over the slur soon followed.

Larson was almost immediately fired from Chip Ganassi Racing, and Chevrolet quickly revoked their relationship with the 2014 NASCAR Sprint Cup Series Rookie of the Year. NASCAR suspended him "indefinitely," providing Larson with a series of tasks he had to complete in order to be reinstated. His main sponsors, McDonald's, Credit One Bank, and Clover, all terminated their contracts, as well.

The son of a Japanese mother, Larson truly felt the effects of his mistake. In his public apology, he stated, "I made a mistake and said the word that should never, ever be said and there's no excuse for that."

Larson spent the remainder of 2020 reflecting on his decision, and posted a full apology and discussion on his website, noting that, as the grandchild of Japanese internment camp survivors and the son of an interracial couple, he needed to spend time understanding what it means to be African-American in today's society.

NASCAR lifted his suspension effective January 1, 2021, noting, "Kyle Larson has fulfilled the requirements set by NASCAR, and has taken several voluntary measures, to better educate himself so that he can use his platform to help bridge the divide in our country."

According to the racing association, he was required to complete mandatory sensitivity training, participate in ongoing speaking engagements around the country, along with being involved coaching and mentorship opportunities with the Urban Youth Racing School (UYRS) and Rev Racing initiatives.

After being reinstated to NASCAR, Larson signed with Hendrick Motorsports, driving the No. 5 Chevrolet and picking up where retired champion Jimmie Johnson left off.

To demonstrate that he took this second chance seriously, he started off 2021 with a Chili Bowl Nationals win, as well as a career-first win in the Lucas Oil Late Model Dirt Series. And, of course, any NASCAR fan can tell you about his impressive Cup season, during which he racked up 10 wins on his way to his first Cup championship. 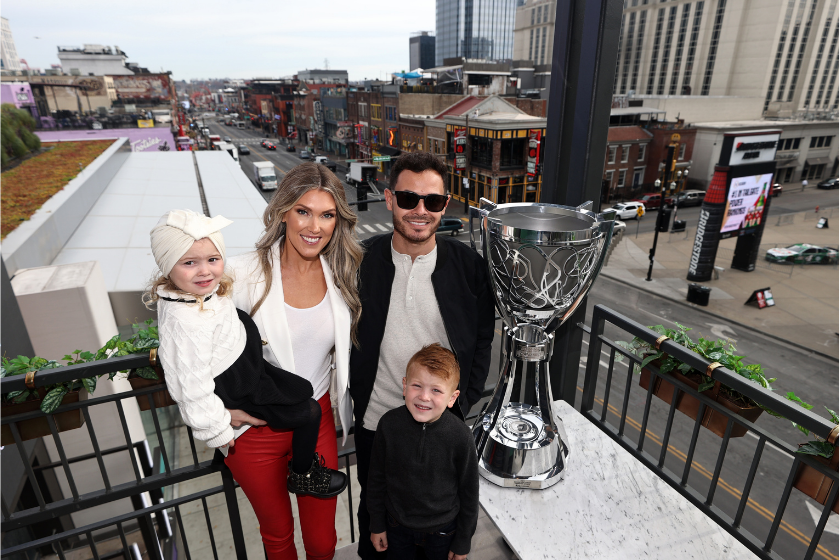 Kyle Larson has an estimated net worth of $12 million, according to Celebrity Net Worth. From 2018-2019, he made $9 million alone. $8 million of that was from salary and winnings, while the remaining $1 million was from endorsements and licensing.

In June 2014, at only 21, Larson bought his first house: a massive place in Huntersville, North Carolina.

Of course, since Larson was still at fresh-faced young gun when he bought it, some of NASCAR's older guard, like Dale Earnhardt Jr., Brad Keselowski, and Denny Hamlin, couldn't help but clown him just a little bit. This may go down in history as one of the best NASCAR driver Twitter threads of all time.

Since his first palatial purchase, Larson has invested in a few different real estate ventures, including building a home on Lake Norman. Following 2020's controversy, he put both properties up for sale.

As far as his family life goes, Larson is married to Katelyn Sweet, sister of NASCAR driver Brad Sweet. They have two children together: Owen Miyata Larson and Audrey Layne Larson.

Kyle Larson's 2022 season will definitely be one to watch, as he will no doubt attempt to repeat his historic 2021 season. Will we have a back-to-back title run on our hands? Only time will tell.