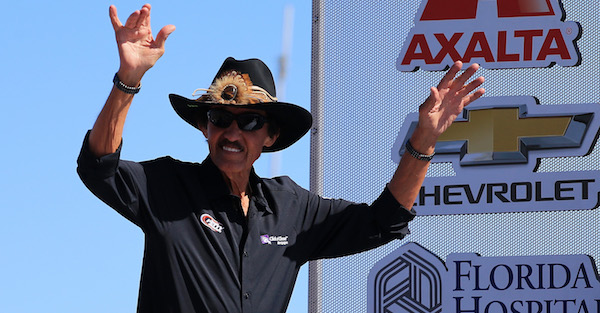 It’s safe to assume Richard Petty has accumulated some impressive memorabilia throughout his tenure in NASCAR as a driver and an owner.

Now, Petty is planning to auction off cars, trophies and just about any and everything from his career. The auction is set for May 12 at Planet Hollywood Resort & Casino in Las Vegas, and it will be conducted live and online through Julien’s Auctions.

Petty told the Associated Press that he’s selling a little bit of everything, including cars that won at Daytona.

“We’re putting some pretty good stuff out there, some winning Daytona cars, some rings, some watches, some knives,” Petty said via ESPN.

“You name it, we’ve got a little bit of everything. Some of the uniforms, some stuff that really meant something in my career.”

He’s also selling the 1978 Chevrolet Monte Carlo he drove in 1979 en route to his seventh and final Cup Series championship.

“We feel like we’ve got enough stuff in the museum, and none of my kids really want it,” Petty said.

“They’ve got enough of their own junk. So we got together and said, hey, let’s throw some stuff out there and see if there are other people interested in some of the stuff we’ve got.”