When the NASCAR Cup Series heads to Talladega Superspeedway for the GEICO 500 on April 24, fans will be treated to side-by-side racing and close action at 190 mph around the 2.66-mile oval.

However, fans might also have to experience what, for many drivers and team owners, is an unfortunate consequence of superspeedway racing in NASCAR: "The Big One."

How "The Big One" Came to Be 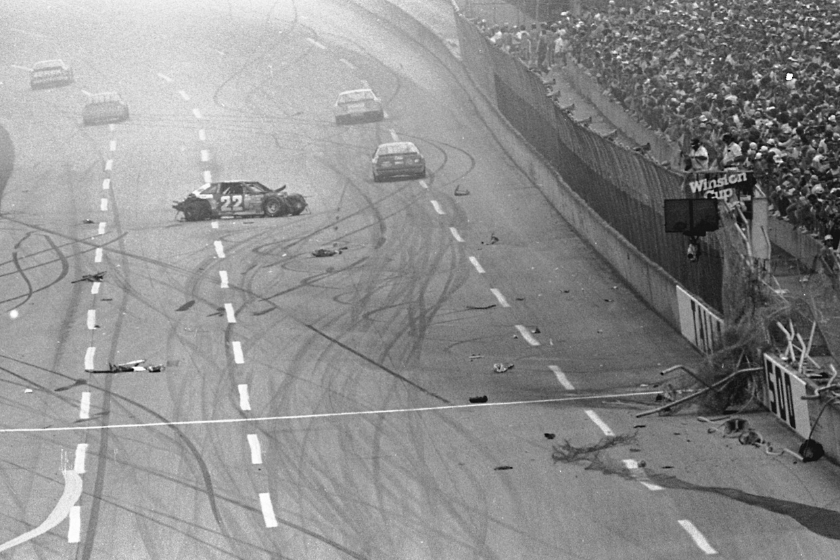 NASCAR began restricting engine power in various ways to curb rising speeds at Talladega and Daytona International Speedway and to keep the cars on the ground after Bobby Allison's accident during the 1987 Winston 500. Allison's car spun in the tri-oval, becoming airborne and knocking down a large section of catch fencing in the process.

As a result of the NASCAR crash, a few fans suffered injuries from the scattering debris. Action was clearly needed to curb speeds.

NASCAR first mandated that the Cup Series cars had to run the same size carburetors that the then-Busch Series ran, but then changed the rules in 1988, mandating a new restrictor plate to be bolted onto the engine underneath the carburetor, restricting the amount of air that could get to the engine. Other changes would soon follow.

While pack sizes varied through the early 1990s, eventually the current large pack of cars that has become a trademark of superspeedway racing found its footing in the middle of the decade, leaving almost no room for cars to move if an accident were to happen.

As such, if one car goes out of control, it could lead to a chain reaction that could collect upwards of a dozen cars, or even more than that. Hence, "The Big One."

The Original Big One

What some refer to as the original Big One in restrictor plate racing happened during the 1990 Pepsi 400 at Daytona. Stock cars still didn't have very good aerodynamics, and dirty air was definitely a problem around them. It was even more of a problem when you have cars going three wide at Daytona, a track that's quite a bit narrower than Talladega.

Derrike Cope was on the outside of Greg Sacks with Richard Petty underneath both of them. Sacks and Cope briefly touched, sending Sacks into Sterling Marlin and Petty. Petty, Sacks, and Cope spun in front of Brett Bodine, who was running behind Cope and Sacks in the high groove. Bodine hit his brakes upon seeing the spins and was promptly spun by Ricky Rudd, who could not get on the brakes in time. The resulting chain reaction through the rest of the pack collected over 20 cars in the 40-car field.

As larger accidents became more and more common on superspeedway tracks, the name "The Big One" eventually found its meaning after a couple of incidents in particular.

During the 1998 Winston 500, Sterling Marlin hit Ernie Irvan, spinning Irvan into the outside retaining wall. Irvan's car slid down the track where it was then collected by Dick Trickle. While the crash was taking place, ESPN announcer Bob Jenkins said, "This is the big one that we had hoped we would not have."

The term started to grow in popularity in the NASCAR community, but it wasn't until the 2001 Daytona 500 that the term "The Big One" became seared into NASCAR fans' memories.

While FOX was under commercial on lap 173, Robby Gordon hit the rear of Ward Burton's race car, sending Burton into the right rear of Tony Stewart's car. Stewart spun around and became airborne after contact from Gordon's No. 4 Chevrolet. Just after coming back from commercial, newly-retired NASCAR champion Darrell Waltrip said, "It's the big one, gang, it's the big one. It's what we've all been fearing [with] this kind of racing is going to happen."

There were 18 drivers involved in that accident, which was overshadowed by one of the worst crashes in NASCAR history, and potentially in all of motorsports: Dale Earnhardt's fatal accident on the final lap of the inaugural Cup Series race. 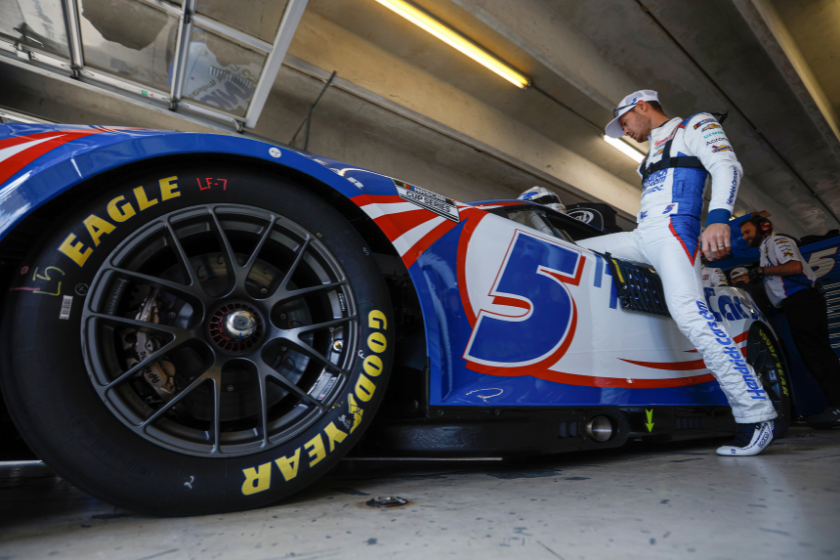 While "The Big One" has been used in NASCAR marketing over the last 20 years, it is worth remembering the toll these accidents take on NASCAR drivers, team owners, and crew members, many of whom probably assume that their cars are a write-off at the drop of the green flag.

Racers can get seriously injured in these accidents, while team owners can see hefty repair bills stack up as more and more sheet metal gets bent. Crew members can see their hard work come to a stop in a clump of metal, rubber, and other materials.

However, NASCAR has taken the lessons of "The Big One" through the years to help improve driver safety to increase the chances of survival, including changing the roll cages to make them sturdier and by modifying the bodies on the cars to try and disrupt the air flowing over the cars to keep them on the ground.

Who knows what safety innovations will come next?