On Tuesday, Tony Stewart teased a major announcement that had racing fans freaking out. I mean, you don't use the word "major" unless it's actually a big deal, right? Well, as it turns out, it really wasn't that big of a deal. Tony's "major announcement" is that he's getting into the NFT space. Honestly, I don't even really know what an NFT is (does anyone actually?), but apparently Stewart's Smoke Racing collection will include cars that he's raced in over the years, and each NFT will also include an autographed Tony Stewart firesuit. Blah, blah, blah. Who cares?! 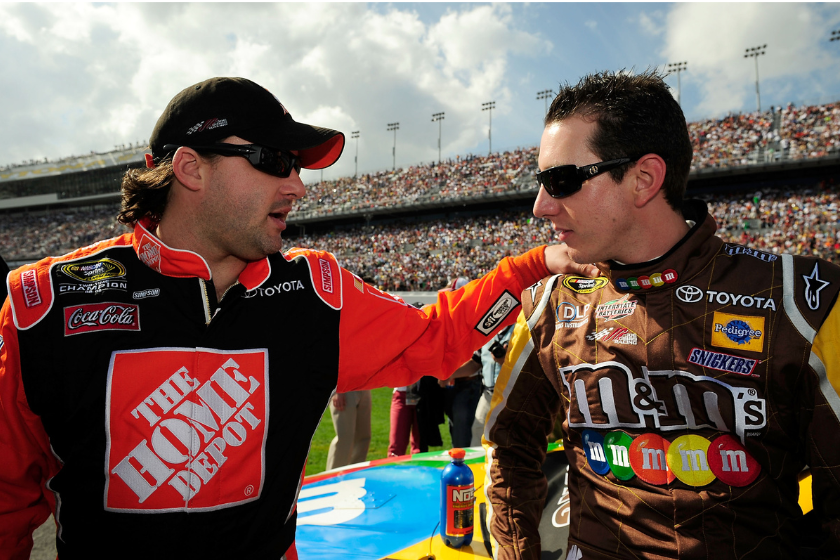 So, this is the announcement that a lot of fans hoped and prayed that Tony would've made earlier this week. Kyle Busch needs a team for 2023. Everyone and their grandma knows that things haven't been going well for him at Joe Gibbs Racing recently. Stewart-Haas Racing is a viable destination for Busch, considering that SHR is one of the few four-car teams in the Cup Series and there are two spots potentially open (Aric Almirola is probably retiring after this year, and Cole Custer is in the final year of his contract).

In any case, the suspense is killing us over where Rowdy is ending up next year, and if Tony would've made it official, he could've made every diehard fan sleep a lot easier at night. 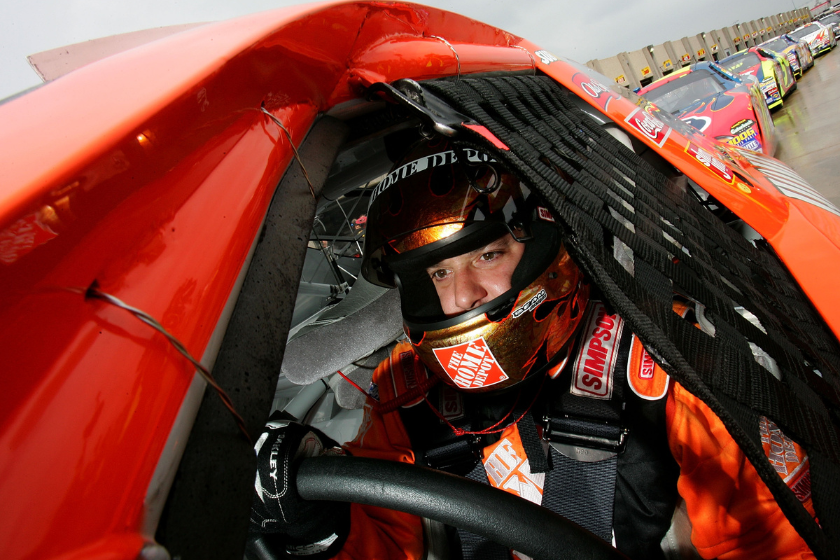 SHR switched from Chevrolet to Ford back in 2017, and it was definitely a bittersweet departure. Kevin Harvick won his 2014 Cup title in the No. 4 Chevy. Danica Patrick made NASCAR history in the No. 10. Tony Stewart won one of his three championships in the No. 14. Stewart-Haas Racing and Chevy are basically synonymous.

A lot of fans had hoped the Chevy and SHR reunion was actually coming true, especially considering that Stewart was posing next to a Chevy Impala in his teaser post on Instagram. Instead, we got the dumb NFT announcement. Why do you gotta do us like that, Tony?

I mean, could you imagine the one-two punch of Tony announcing Kyle Busch's signing AND that SHR would be switching to Chevy? Kyle Busch in a Chevy?! Just think of the pandemonium. 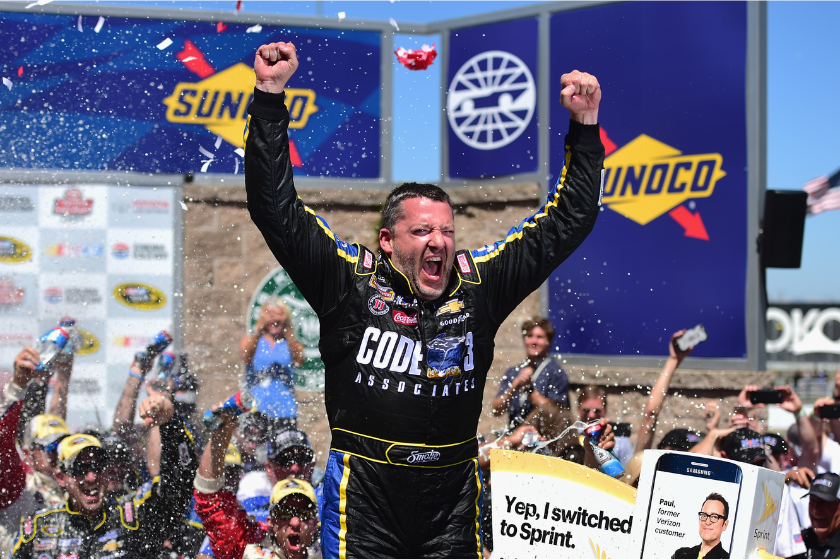 And I'm not just talking about a one-off race return, either. As in Tony's back back. Would it make any sense? Not really. Tony's busy with the Superstar Racing Experience and his NHRA team, along with the bajillion other things he's doing. Plus, he's got really nothing left to prove in the sport and at 51 years old, he's definitely no spring chicken.