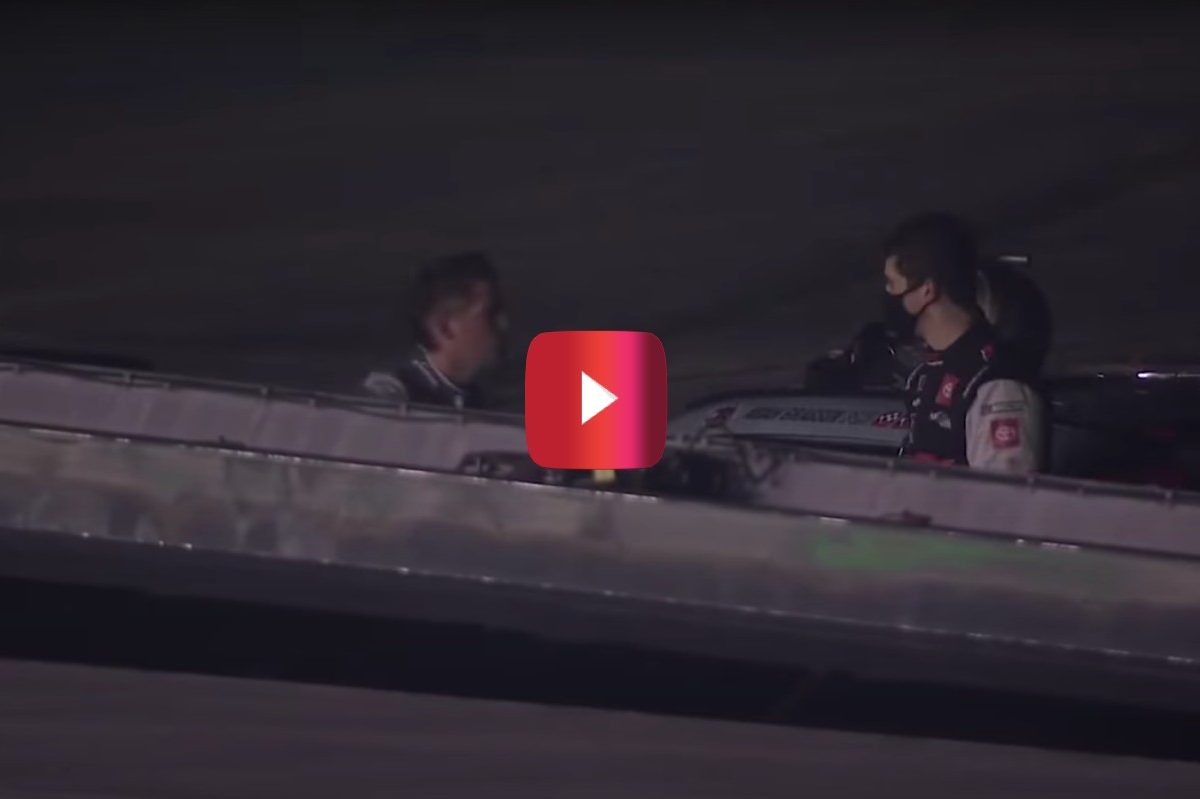 While things have no doubts simmered down by now, NASCAR drivers Harrison Burton and Noah Gragson were about as heated as you can get at one another following the Xfinity Series race at Kentucky Speedway back on July 10, 2020.

The post-race incident was sparked on the track, after Gragson?s No. 9 Chevrolet drifted into the rear of Burton?s No. 20 Toyota with 13 laps to go in the race. Both cars ended up hitting the outside wall due to the contact. Gragson finished seventh, while Burton came in 12th.

As the two drivers were discussing the contact in the garage area after the race, Burton repeatedly shoved Gragson, which the 22-year-old driver for JR Motorsports responded to by throwing a punch.

Two weeks after the fight, Burton discussed the fallout from the incident during a Zoom teleconference with reporters.

“You have to enjoy it,” said Burton, a 20-year-old driver for Joe Gibbs Racing. “I saw some fans put some funny things on Twitter. Things like that, back a couple of years ago or maybe even last year, would’ve probably bothered me, but now I just laugh it off.”

“It’s a hard place to be when you?re kind of in the center of conflict. It always seems like it grows after the event. You feel like, all right, me and Noah fought, we’re done, that?s it. We’re going to move on and we?re going to be all right. Then, all of a sudden, you realize that it?s a lot bigger than that.”

While neither Burton nor Gragson were penalized for the fight, Burton was at least a little bit remorseful that things got out of hand.

“I was on SportsCenter for not the reason I want to be on SportsCenter,” Burton said. “So there are a couple of things I think maybe I would have done differently, but I?m still really proud of how I stood up for myself and I’m proud of how my team had my back in that situation.”

So, yeah, maybe not a full-on apology from Burton, but as you can see from the below video, we’ve seen plenty of drivers with worse post-race blow-ups over the years.