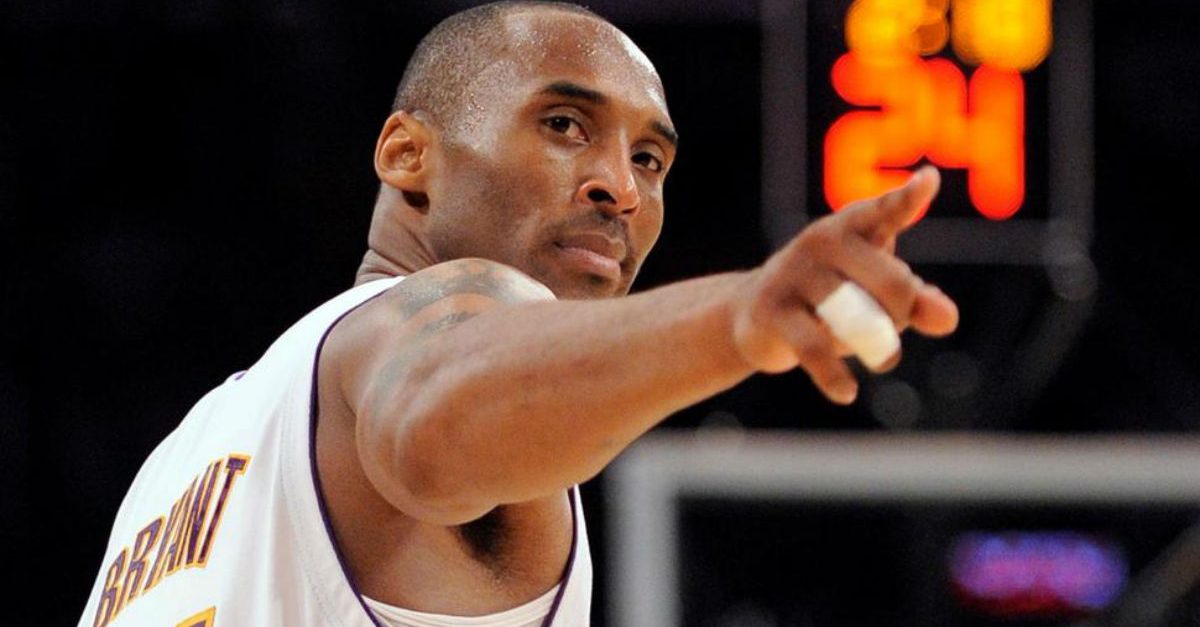 On Sunday, January 26, 2020, the world not only lost an NBA legend, but a cultural icon. Los Angeles Lakers phenom Kobe Bryant was killed in a helicopter crash in Calabasas, California that claimed nine lives in total, including Bryant’s daughter Gianna. The 18-time NBA All-Star and five-time champion was 41. Gianna, affectionately known as Gigi by friends and family, was only 13. She had dreams of playing college basketball at the University of Connecticut.

While Kobe Bryant’s death sent shockwaves throughout the NBA, his loss was also felt throughout the entire world, as he had a work ethic and renown that transcended the game of basketball. The NASCAR community was particularly affected by Kobe’s death, as Dale Earnhardt Jr., Jimmie Johnson, and a number of other current and former NASCAR drivers mourned Bryant’s loss on social media.

What keeps coming to my mind is that I hope that anyone we’ve lost, the family/children left behind are surrounded with love, supported, and empowered to be great individuals as they find their way to carry on with their own lives. Strength and peace to the Bryant family.

So sad to hear the awful news about @kobebryant. One of the best athletes and competitors of all time in professional sports. RIP to the 🐐

I didn’t know @kobebryant but I’m very saddened about the news he’s been killed in a helicopter crash! Sad day!!

Man, this news of @kobebryant is so sad. Scary to think how fast something can go wrong and change the course of an amazing life that he built for he and his family to live and enjoy. Sad day for sports! Thoughts/prayers to his family and friends. 🙏 #BlackMamba

Life is precious, and it sucks that we get reminded by tragedies like this. Never take our time here on this earth for granted #RIPMAMBA

I didn’t know @kobebryant but the sting is still real and will last a long time.

Traveling week to week and day2day is a part of any athlete or performer’s life even after retirement. We’ve lost too many good men and women along the way… #GodSpeed

Unbelievable news about Kobe Bryant. Heartbreaking feelings like this are so deep. Last time my heart dropped like this was when @NASCAR lost Dale Earnhardt Sr. RIP Kobe Bryant #legend4ever

It’s clear why Kobe Bryant’s death had an extra sting on the NASCAR community, as it brings to mind the untimely death of seven-time NASCAR Cup Series champion Dale Earnhardt Sr., who was tragically killed on the final lap of the 2001 Daytona 500. He was 49.

Though Bryant wasn’t necessarily known as being a hardcore NASCAR fan, he had spent time with several drivers over the years, including Joey Logano and Chase Elliott. Even a 24-year-old Ryan Blaney had the privilege of meeting with the Black Mamba.

Headed back east. Had a great time with @DrinkBODYARMOR in Vegas. Such a great company and hungry to keep pushing. Got the privilege to talk with @kobebryant for a bit and give him my suit from Indianapolis. Headed to celebrate @BubbaWallace 25th. Happy birthday old man. pic.twitter.com/5kNYCK7VpY

Ryan Blaney was starstruck when he met NBA legend Kobe Bryant in 2018. pic.twitter.com/FuCP9a2hWR

Following the Team Penske driver’s win at Charlotte Motor Speedway back in October 2018, he got to spend some time with Bryant in Las Vegas. It wouldn’t seem like the two would have much in common, but they actually both shared a BODYARMOR sponsorship. After chatting with Bryant for a bit, Blaney presented Kobe with his fire suit from the regular-season finale at Indianapolis.

In the grand scheme of things, it might not seem like that big of a deal. But, it just goes to show that Kobe Bryant’s impact expanded much further than the NBA.