After most major NASCAR accidents, the stock car racing sanctioning body usually implements a new safety standard with the intent of preventing serious injury or death. During the Rebel 400 back in 1970, legendary NASCAR driver Richard Petty found himself in a bad situation, and the ensuing wreck paved the way for one of the most vital safety developments in the sport.

Petty's Plymouth Superbird race car ended up on its roof, and it's a miracle that "The King" ended up surviving. Let's take a closer look at how this wreck unfolded and became part of NASCAR history.

Some classic NASCAR races have gone down at Darlington Raceway over the years. The South Carolina racetrack is popularly known as "The Track Too Tough to Tame," and it definitely lived up to its name after Petty endured one of the most intense crashes in motorsports history.

The NASCAR Cup Series race looked good for Petty up until lap 176, when he was forced to deal with a steering failure. This caused Petty's car to hit the outside railing on turn 4 of the speedway, which then caused him to bounce back and shoot toward the inside wall with the nose of the car. When the car hit the inside wall, this sent it tumbling and flipping numerous times before it eventually came to a halt.

To make things even more terrifying, Petty's limp body was seen hanging from the seat while the car was upside down. He had been knocked unconscious during the crash. On top of that, NASCAR fans and onlookers saw a lot of red on the ground outside the Petty Enterprises car, creating what appeared to be a very gory scene. Tons of people rushed to scene of the crash, including the pit crew, Petty's wife Lynda, and Petty's brother Maurice Petty. Thankfully, that massive red wasn't actually blood or gore. In an interview years later, Petty explained the confusion.

"At the time I used to run with a rag in my mouth," Petty said. "Well, them rags got to coming out the windows and stuff. It looked terrible."

Getting Petty to eventual safety was no easy feat. As a crowd formed around the wrecked car, one of the safety crew members set off a fire extinguisher, even though there was no fire, which made everyone have to wait until the smoke cleared to aid Petty. It was complete chaos. The racer soon regained his consciousness, and he was transported to the nearest hospital, but the craziness didn't stop there. During a 1992 interview, Petty claimed that the ambulance driver was all sorts of confused, which made transporting Petty to the hospital an whole ordeal.

Pretty much every NASCAR fan knows that Richard Petty had a dominant NASCAR career throughout the '70s, racking up four Daytona 500 victories and five Cup Series championships during that decade. It's a miracle that the NASCAR legend survived that fateful day at Darlington, or we would've lost one of the greatest to ever step foot inside a stock car well before his prime. 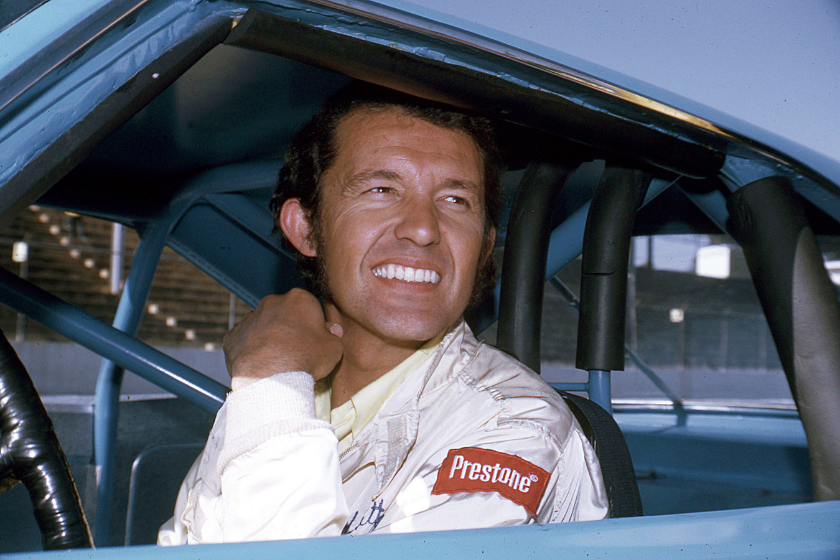 Judging from the footage of the Darlington accident, it probably would've seemed like Petty was all sorts of beat up, but luckily he only sustained a broken left shoulder. Following the wreck, Petty would miss the next five Grand National races before returning to the track. Astonishingly, he actually won the next two races after making his comeback. He finished with 18 wins that season.

After the crash, NASCAR stepped in to try and fix the clear safety issue. The result was the mandatory use of a window net in all race cars for there on out, which was heavily inspired by the image of Petty's arm hanging out of the window. As you can probably guess, he could've easily been thrown from the vehicle, and NASCAR wanted to prevent that from happening. Today, all cars must have a window net to contain the driver's arms during a crash and to protect the driver from flying debris. Drivers are also told to lower the window net after a wreck to signify to officials that they are uninjured.

NASCAR actually instituted the window net after Joe Weatherly's fatal crash in 1964, but only for optional use. Petty's crash made window nets a permanent fixture on NASCAR stock cars, and thankfully so. Just think about how many drivers have been saved from serious injury or even death.