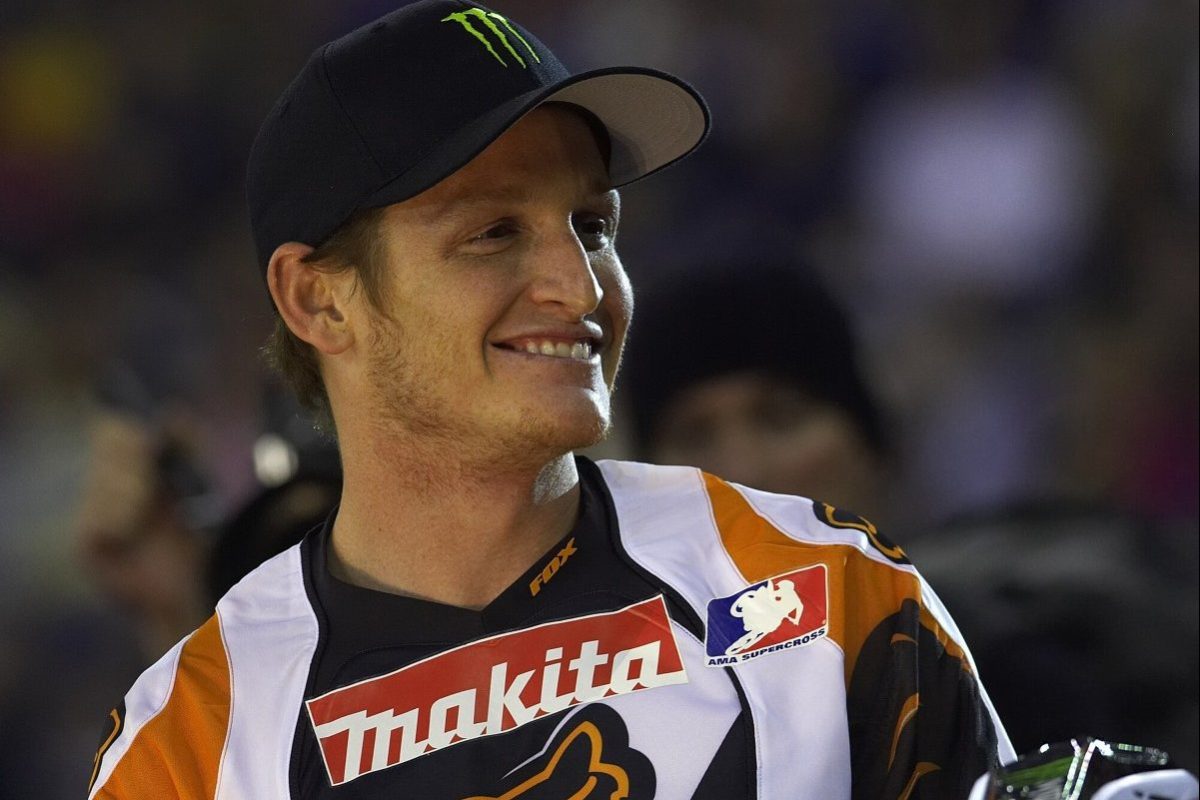 When you think about iconic motocross riders, who comes to mind? If it’s not Ricky Carmichael, you should probably keep scrolling to learn more about the iconic competitor.

As one of the earlier rising stars in the sport, Carmichael developed quite a name for himself on a motorcycle. For many motocross fans, Ricky is considered the GOAT, a.k.a. the greatest of all time, and it’s not too hard to see why.

Born in Clearwater, Florida, Carmichael found himself on two wheels from a young age. After learning the ropes, he quickly developed impressive moto skills on the dirt. Even after he eventually retired from racing dirt bikes professionally, he got more involved with stock car racing, where his talent translated extremely well.

That’s why we’re going to check out what Carmichael has accomplished during his motorsports career, and why this guy is just so badass.

Let’s start with where Ricky truly made a name for himself in professional motocross. Following a noticeable amateur career, Carmichael officially became a professional rider in 1997, when he joined up with the Splitfire Pro Circuit Kawasaki team. He showed serious potential, but he would lose the title to Suzuki’s Tim Ferry that year, mainly due to his own inconsistency on indoor tracks.

He made big changes for the ’98 season, though, and he ended up winning all eight of the indoor 125cc Supercross rounds. Seeing as he was already dominating the outdoor track events by this time, this made him a force to be reckoned with. For the next few years, he remained the victor in 125cc.

By 1999, Carmichael competed in the 250 Supercross class with Factory Kawasaki. Although he did well this season, he still had some cleaning up to do in the new class.

In 2000, he went full-time into 250, and started to find a pretty good rhythm. His first premier class race win was at Daytona International Speedway. He finished fifth overall, and won the title at the AMA Motocross Championship in his rookie year.

As the 2001 Supercross season began, Carmichael started to show what he was made of. Defending Supercross champion Jeremy McGrath gave him a challenge, but in the end, Ricky won 13 of the 15 rounds, on top of winning the AMA Supercross championship. This is where things get really good.

He moved to Honda for the following season, and despite a bad crash early on, he still went on to win 11 of the 16 races, winning his second title. In 2002, Carmichael had a perfect season, winning 24 out of 24 outdoor races to take home his third consecutive title.

The racer won the national championship again in 2003, then got injured in 2004. Regardless, that didn’t slow him down, and he had another perfect season in motocross, winning all 24 motos. After missing the following season in Supercross, he regained the crown the next year, and again, absolutely smashed the competition in the outdoor national championship with 22 wins on his RMZ450. During the 2005 season, he announced his plans to retire in the upcoming years.

After grabbing a second-place finish in the 2006 Monster Energy Supercross season, he only ran a partial 2007 season. Regardless, he still won every single race he participated in. As he made his transition into stock cars, he finished off his career with a win at X Games, and also won with Team USA at Motocross of Nations in Budds Creek, Maryland.

In 2007, Carmichael signed as a developmental driver for Ginn Racing. He did some late model racing, then switched over to Ken Schrader Racing, where he drove in the Camping World East Series.

By 2009, he joined forces with Kevin Harvick, Inc., driving the No. 4 Chevy Silverado for 18 races in the Camping World Truck Series. He ended up getting 22nd position at the end of the season, and the transition to four wheels was a bit tough, but he did start to get the hang of things.

Carmichael later moved to Turner Motorsports, where he grabbed nine top-10 finishes, and moved up to 13th place overall. On top of this, he also made a debut into the NASCAR Nationwide Series (now the Xfinity Series) in 2010. The following year, he finally achieved his first pole position finish at Atlanta Motor Speedway in the Camping World Truck Series.

Overall, he’s run eight races in the Xfinity Series and got one top-10 finish. He’s also run 68 races in the Truck Series, with 18 top-10 finishes and one pole finish. Carmichael has since retired from the racing.

A Look at Ricky’s Major Accomplishments

It would take days to completely list the accomplishments of this man, but I’ll simplify to more of the major items:

Is there any doubt this dude is the GOAT of motocross and supercross?