The year is 1976. Italy's Lella Lombardi climbs into her Brabham-Ford Formula One race car to compete in the Austrian Grand Prix, where she started the grid in spot 24 of 25 and raced alongside greats like Britain's John Watson and America's Mario Andretti. This race would mark the last time a woman started a Formula One race in competition.

Maria Grazia "Lella" Lombardi participated in 17 Formula One World Championship Grands Prix. She's the only female Formula One driver in history to finish top six in a World Championship race, which she did at the 1975 Spanish Grand Prix. She's one of two women to qualify for a Formula One race, the other being compatriot Maria Teresa de Filippis (de Filippis is the first woman ever to compete in Formula One). It's been 46 years since this race and the end of Lombardi's career in Formula One. In that time, we've yet to see another woman enter the field. However, we have seen popular female racing drivers take other motorsport fields by storm, gaining notoriety, respect, and gravitas.

Danica Patrick had a successful run in both the IndyCar series and NASCAR, and now lends commentary to IndyCar and Formula One race coverage. She's the only woman to have won an IndyCar series race and to lead an Indianapolis 500.

Sarah Fisher took part in 81 IndyCar Series events over the course of 11 years, achieving a career-best finish of second place at the 2001 Infiniti Grand Prix of Miami, the highest placing for a woman until Patrick's victory in the 2008 Indy Japan 300. She's competed in the Indianapolis 500 nine times, more than any other woman.

Simona de Silvestro led an all-female IndyCar team in the 2021 Indianapolis 500 and then for a three-race schedule in IndyCar in 2022. She's currently a factory driver for Porsche and previously drove for Amlin Andretti in the FIA Formula E Championship.

Susie Wolff drove in DTM for seven years and earned a testing and development role with Williams in 2012, beating the likes of Lewis Hamilton and Paul di Resta at various points in her career. Married to Mercedes-AMG Petronas Team Principal Toto Wolff, she's now the CEO of a Formula E team and founded the Dare to Be Different initiative to encourage women to pursue a career in motorsport.

Despite these successes, a barrier remains for women in Formula One, specifically in the driver's seat ever since Lombardi's last race in 1976. And this barrier to the Formula One sport extends to the crews, stewards, and governing body, which continue to be primarily male-dominated.

A System in Need of an Overhaul 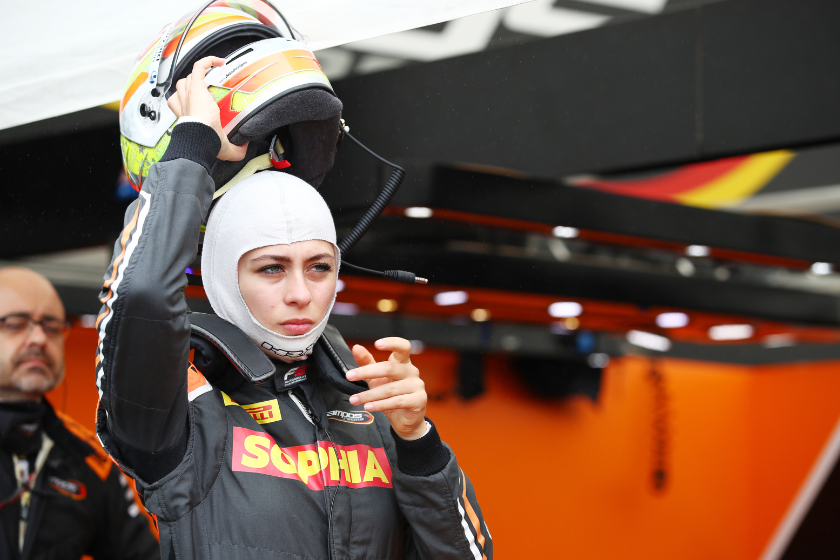 Lewis Hamilton himself has called for change. Back in February at the driver's press conference during F1 pre-season testing in Barcelona, the seven-time world champion called for more women in the stewards' room. He said not only does Formula One need to have non-biased stewards, but he also highlighted the need for diversity within the room where people make decisions.

Hamilton had previously said he'd lost faith in the sport after the Abu Dhabi Grand Prix and former race director Michael Masi's controversial decision in the final moments of the race ending with Red Bull's Max Verstappen winning the race and the world championship title. He also highlighted the bias within the stewards' room, saying some are very good friends with drivers, and called for a need to remove bias.

German driver Sophia Flörsch has been overly vocal about the macho world of Formula One and believes the sport is overdue for a restructure. She has said, "I'll give you it in writing. I'd race for the championship if they let me." Despite surviving a horrific crash at the Formula Three Grand Prix in Macau, China three years ago, Flörsch wants to drive a Formula One car and believes the older generation doesn't approve of a woman succeeding in Formula One.

Are Small Changes Just for Show? 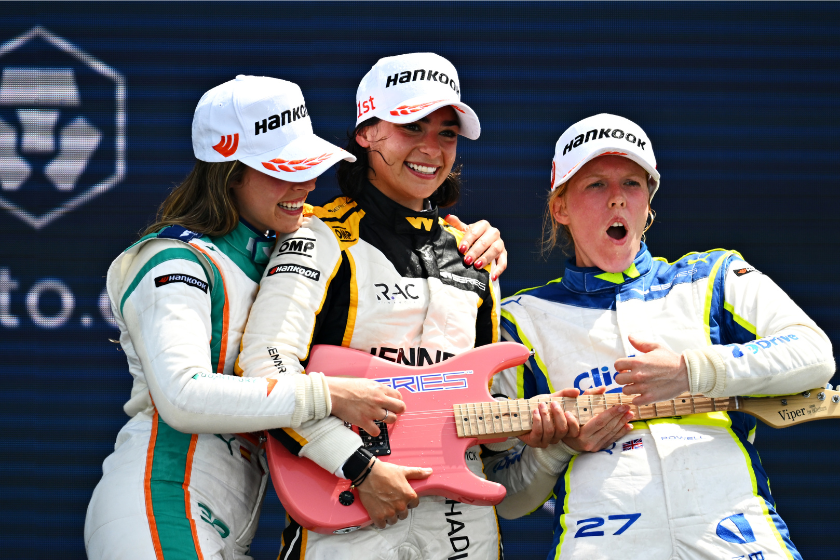 There's been an apparent element of growth within the sport in the form of the W Series, a racing series exclusively for women started over two years ago. It's meant to ensure female drivers receive more racing practice free of charge, unlike Formula One, which costs millions. Formula One has been referred to as a "billionaire boys club," and considering no female driver has made the jump from the W Series to Formula One, despite there being no gender limitation, can one really disagree?

Also consider the FIA's Diversity and Inclusion webpage, which includes an entire section called "Women in Autosport." It highlights programs like Girls on the Track, offering young girls aged eight to 18 a positive experience of the motorsport world, or the FIA Women in Motorsport Commission, which says it has helped change the sport's culture to better facilitate and value the participation of women in all aspects of motorsport.

However, after Masi's departure as F1 race director, he was replaced by Eduardo Freitas and Niels Wittich in a shared role for 2022 -- yes, both are men. The permanent starter position went to Christian Bryll, and all four stewards for the Emilia Romagna Grand Prix were men. Do these webpages exist to inspire change and diversity or are they performative? So far, the proof doesn't appear to be in the pudding.

In fact, the only culture change the FIA seems to be willing to enact this year is one in which drivers aren't allowed to wear jewelry, a move that seems to only seriously impact the one driver calling for change. When one of the sport's most famous and successful racers, arguably of all time, calls for transformation and action without movement from the governing body that has reaped the benefits of his fame, it's impossible not to question motives.

MORE: Janet Guthrie Opens Up About What It's Like to Be a Woman in Racing