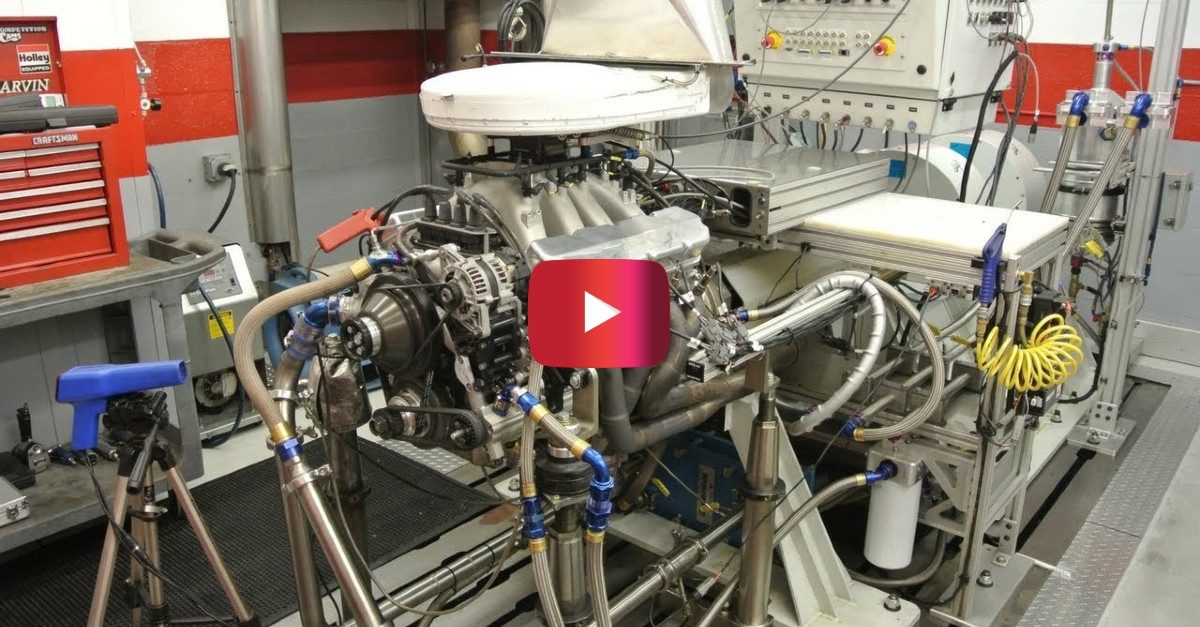 Before that NASCAR racing engine is suitable for stock car performance, it’s got to go through some testing to ensure everything is functioning properly. This video shows the awesome process of dyno tuning a Toyota racing engine. Testing these engines outside of the car helps them dial it in perfectly, without dealing with the loss of power that occurs when it goes through the drivetrain.

Listen to this intoxicating sound of this Toyota V8 as it soars upward of 9,000 RPM. It’s pretty much unheard of for an 8-cylinder engine to rev that high. Leave it to the race engineers to make it a reality. Sitting behind the computer screen, you’ll see the masterminds monitoring the gauges who have the ability to tinker with the tune and ensure this engine runs flawlessly and up to NASCAR standards.

Read More: This NASCAR Voiceover Video Is a Hilarious Twist on Race Day

At one point, you can even see the exhaust headers of the engine glowing red. It’s safe to say they’re definitely pushing this thing to its limits during the testing. Then again, if it can’t survive here, it certainly isn’t going to survive out at full speed on the track. These engines are only designed to last for about one race before they need to be rebuilt, so it’s important that they are performing exactly how they are supposed to. It is the heart of the car after all.

You know, if these race engines weren’t so ridiculously expensive, I’d say this would be the perfect swap for that project you have sitting in your garage. Imagine cruising down the public roadways with a full-on NASCAR engine under the hood. That’s enough to get you into trouble, but it would probably be worth it. There’s just something so unique about these high-revving engines. It’s awesome to see the tough testing that these things go through in order to be race ready.