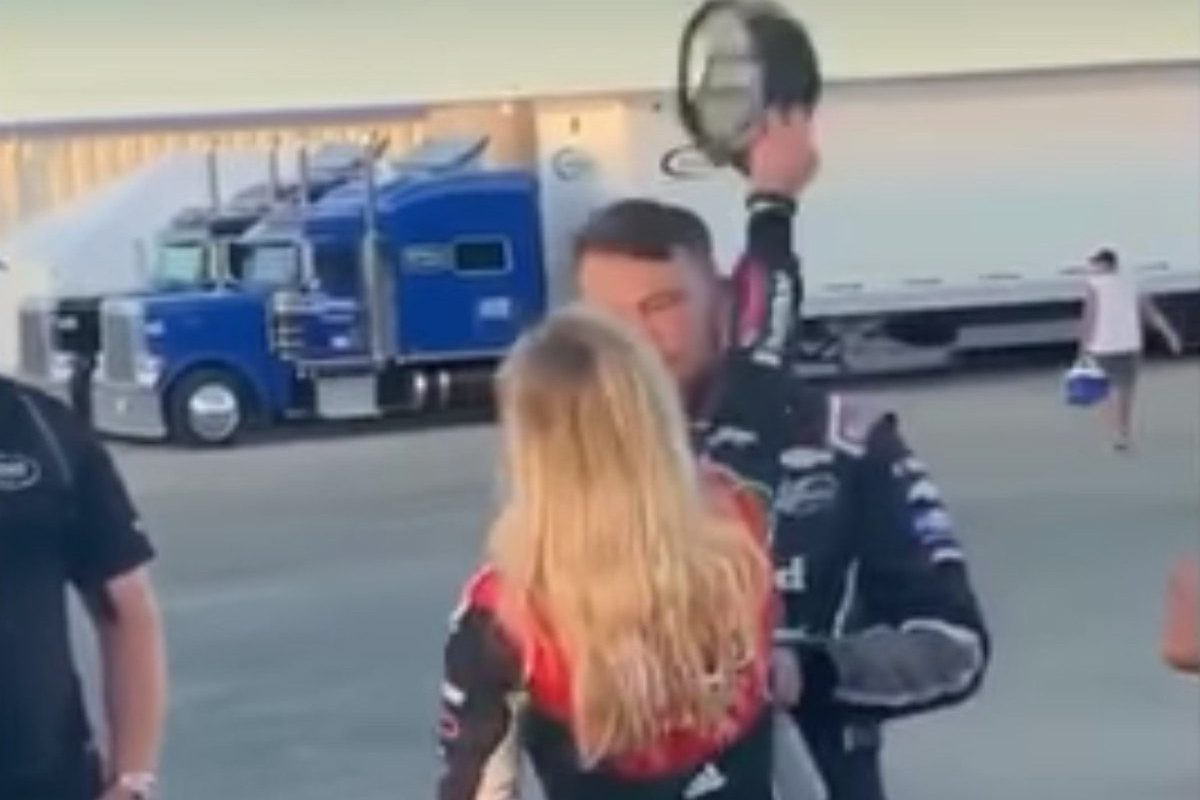 Considering the full-on dust-ups and brawls that have gone down between NASCAR drivers over the years, ripping a driver’s hat off their head post-race doesn’t seem like that extreme of a reaction.

But, NASCAR Truck Series driver Natalie Decker probably had half a mind to rip Spencer Boyd’s head clean off after he wrecked her out of the Buckle Up in Your Truck 225 at Kentucky Speedway back on July 11, 2019.

Decker, who drove the No. 54 Toyota Tundra for DGR-Crosley, had her night end early on Lap 44, after Boyd misjudged how much room he had to pass Decker, hitting her front left side and sending her spinning into the wall right along with him.

Following the incident at the Truck Series race, Decker confronted Boyd in the garage. The now 24-year-old Eagle River, Wisconsin native got right up in Boyd’s face, before grabbing his hat off his head and throwing it behind her.

As a result of the crash, Decker finished 27th, while Boyd placed 29th. But, on a more positive note for DGR-Crosley, 18-year-old Tyler Ankrum, the driver of the No. 17 Toyota Tundra for the Mooresville, North Carolina-based racing team, won the race.

This first-place finish made the California native “the first driver born in the year 2000 or later to win a race at any of NASCAR?s top three levels,” according to Yahoo! Sports.

As for Decker, who currently races in the NASCAR Xfinity Series, she still has a promising racing career ahead of her.

Having gained a love for motorsports at the age of nine when her dad bought her a go-kart, she has gone on to win numerous awards, including the 2013 ARCA Midwest Tour Rookie of the Year, 2015 NASCAR Drive for Diversity participant, and the 2016 Alan Kulwicki Driver Development competitor.

Sure, that day in July wasn’t her best, but hey, even the best drivers lose their cool every once and a while.