On the track, NASCAR driver Tyler Reddick is a fierce and talented competitor. Off the track, he has a pretty low key personal life, and enjoys spending time with his girlfriend Alexa De Leon and their young son Beau.

Alexa and Tyler have been together for quite a while now. In fact, she's his first serious girlfriend. A story of young love, you gotta love it!

But, even after all these years, they still know how to have fun. Like letting a bet decide their son's name. 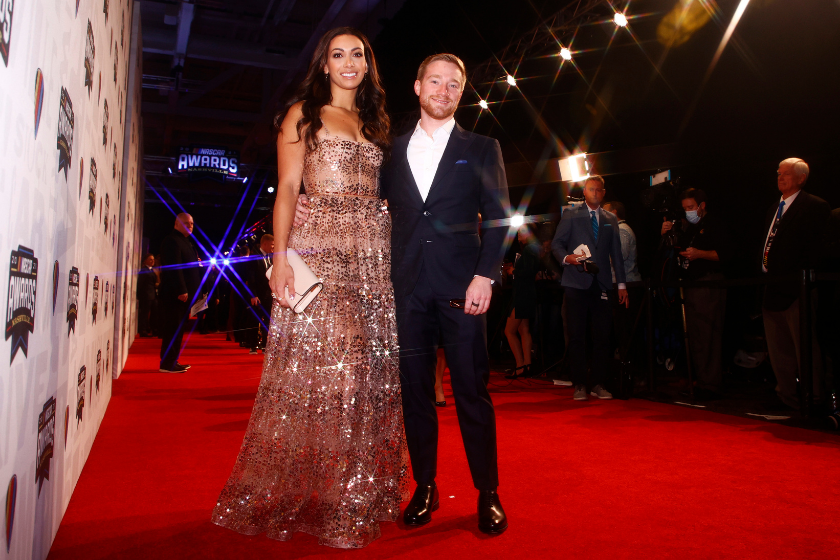 Born and raised in Chicago, Illinois, Alexa De Leon now lives in Mooresville, North Carolina with her family of three. Just a couple years ago, it was just Alexa and Tyler, until an announcement came one summer day when Tyler was just a 23-year-old driver in the NASCAR Xfinity Series.

On July 20, 2019, while the Xfinity Series was competing at New Hampshire Motor Speedway, Tyler announced on Instagram that he and Alexa would be expecting their first child. As it turns out, they couldn't decide on a name. Thus came the infamous championship bet.

It was a simple enough premise: if Tyler won the 2019 Xfinity Series championship, he was allowed to pick the name. He had already won the title the year before, so why not a repeat? Easier said than done, to be sure.

Coming off the New Hampshire race -- where he placed fourth, by the way -- Tyler racked up 10 top-five finishes heading into the championship race at Homestead-Miami Speedway, including wins at Bristol and Las Vegas. Then came the title race in Homestead. Wouldn't you know, Tyler raced his way to back-to-back titles.

So, what name did he decide to go with? Tyler Jr.? Richard Dale, after two racing legends? NASCAR?

Almost instantly after winning the race, Tyler took off his helmet, pointed at Alexa's stomach, and yelled out "Baby Beau!" On January 18, 2020, baby Beau was born. You can bet that Alexa breathed a sigh of relief that Tyler didn't decide to go with NASCAR...

One look at Alexa's social media pages, and it's clear that she takes her role as a mother seriously. On top of that, she makes sure to balance family and racing life, and supports Tyler on race day along with little Beau. If you know anything about the NASCAR life, you know that isn't easy.

Both Alexa and Tyler divide their time between Illinois and North Carolina, and judging by how happy they look in these pictures, it's safe to assume they're embracing every bit of the chaotic family racing lifestyle. 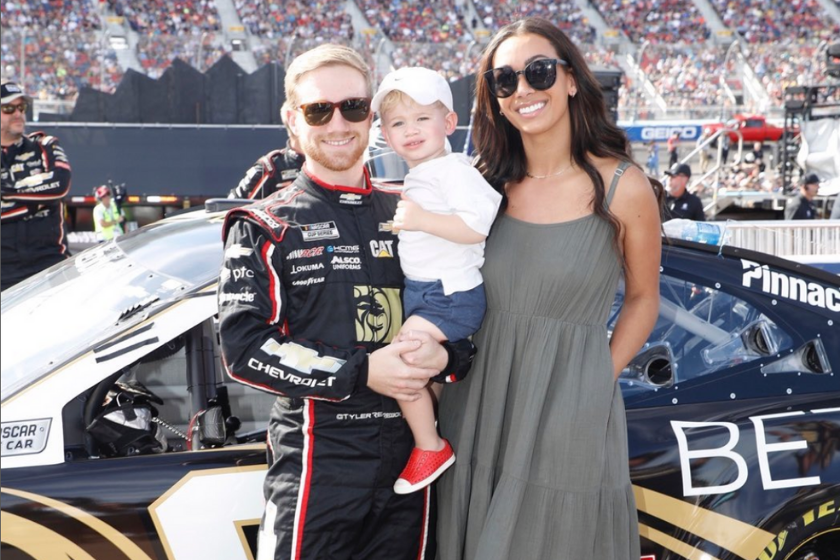 Born in Corning, California, Tyler Reddick was racing by the young age of four, starting out in outlaw karts and then moving his way up to dirt late models and sprint cars.

Currently the driver of the No. 8 Chevrolet Camaro ZL1 race car for Richard Childress Racing in the NASCAR Cup Series, Reddick made his big NASCAR debut in the NASCAR Camping World Truck Series back in 2013. He raced three full-time seasons with Brad Keselowski Racing, before moving over to the Xfinity Series. Out of 63 truck races run, Reddick racked up three wins and 40 top-10 finishes.

With an estimated net worth between $1 million and $5 million (depending on what sources you look at), Reddick has 29 top-10s in the Cup Series and has yet to nab that elusive win. But, at only 26 years old, the young racer has plenty of time to make his mark on NASCAR's highest level.