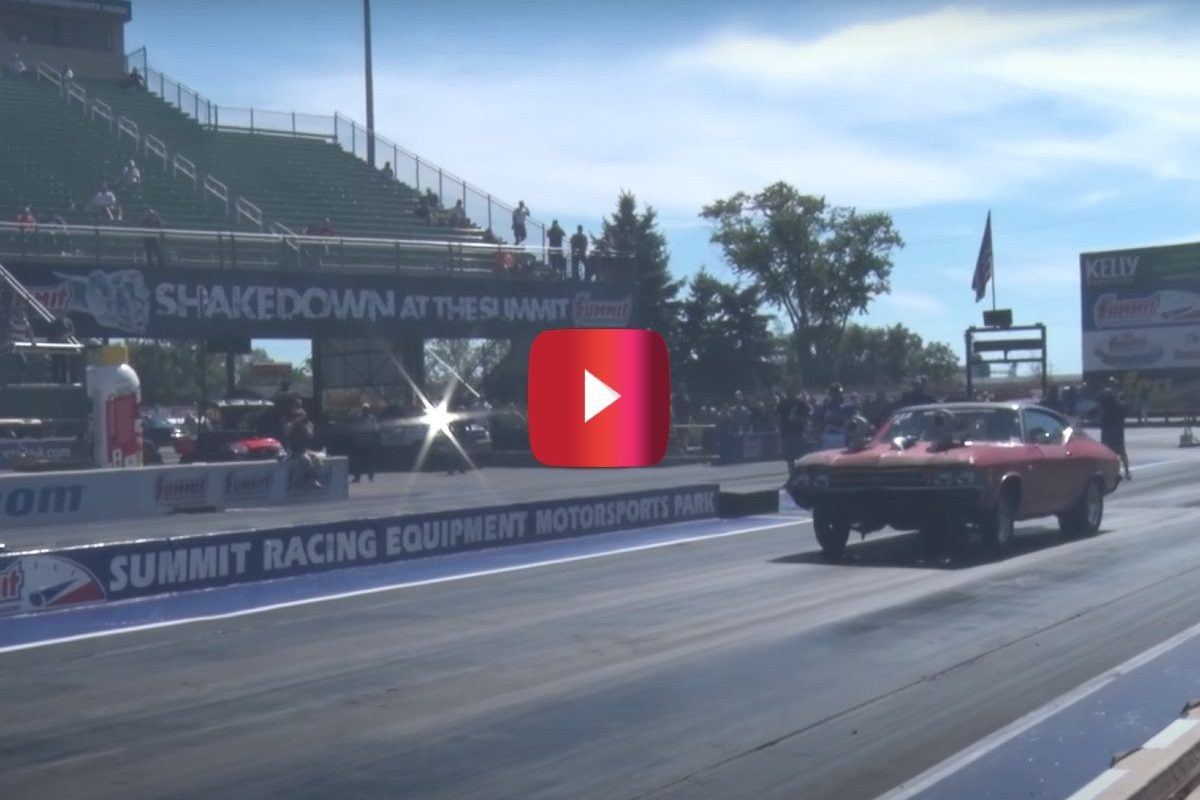 The guys over at 1320video have been churning out incredible street racing and drag racing videos for more than 10 years now. Those dudes have seen more souped-up monstrosities in a month or two than most people do in a lifetime. One of these monstrosities that particularly comes to mind is the twin-turbo Chevelle SS that they saw at Drag Week 2016 in Hebron, Ohio.

This Australian-made, turbocharged, drag-strip dominator may look like something you’d find in a post-apocalyptic desert (maybe with ’80s-era Mel Gibson behind the wheel?), but with the 540-cubic-inch beast of a motor under the hood, this thing can churn out about 1,300 horsepower and 1,000 lb.-ft. of torque. You’ve heard of a Streetcar Named Desire? Well, this thing is a street car that should be named Drag Strip Demon. This thing is BAD, man!

According to the video’s description, the 1320video guys “couldn’t help but run over to this Chevelle as soon as we saw it pull up to the first track at Drag Week ’16.” I mean, you can’t blame them for their excitement, seeing that this thing had two absolutely huge turbos protruding from the hood. Like the guys said, “it was the epitome of an ‘eye-catcher.'”

Damn! Not to beat a dead horse, but did you feast your eyes on those turbochargers? Those things look like they could kill something. The sound alone could wake up an entire city block, no question.

After nearly a week of drag strip runs under its belt (and probably way, way more after the video was released), the twin-turbo Chevelle definitely didn’t disappoint.