If you were to ask any random person on the street to name the most famous footballer (or soccer player for us Yanks) in the world, there would be a better than 50/50 chance that person would say Cristiano Ronaldo.

The football superstar who made his fortune playing soccer for Juventus in Serie A, Manchester United in the Premier League and Real Madrid in La Liga. Not only is CR7 one of the top scorers the beautiful game has ever seen, he is also one of the richest, amassing $50 million more than Lionel Messi in his career.

In fact, he has the highest net worth of any active footballer today. So, what exactly does one do when they make close to $465,000 a week? They amass a pretty incredible and expensive car collection, finding the rarest automotive gems under the sun. Let's take a look at a few of the standouts from Ronaldo's garage. 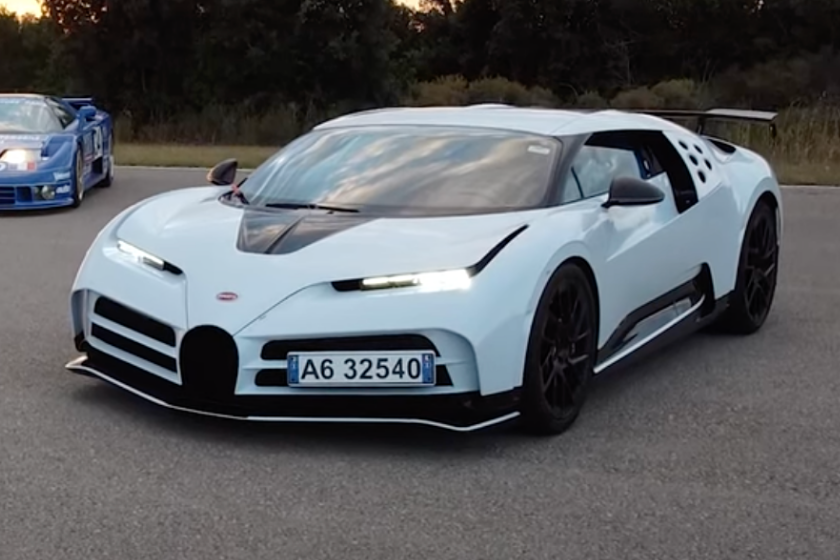 Long before he played for Italian side Juventus or won the Ballon d'Or, the Portuguese footballer developed a love for Italian supercars. And really, who can blame him? It started in 2016 when, to celebrate Portugal winning the Euros that year, Ronaldo bought himself a Bugatti Veyron Grande Sport Vitesse. The Bugatti Veyron Grand Sport Vitesse was THE supercar ever since Top Gear held a drag race between the Veyron and a Eurofighter jet and the car held its own. The Veyron costs $1.7 million and only 450 were made. That's quite the price tag for a limited edition luxury car.

Not content there, Bugatti took everything about the Veyron and upped it by creating the Bugatti Chiron in 2017. An 8.0-liter quad-turbo W16 engine kicking out 1,500 horsepower and boasting a top speed of nearly 300 mph. Only 50 were made and they cost around $2.6 million. Naturally, Ronaldo has one of these, too.

But the pièce de résistance is the 2019 Bugatti Centodieci. That same 8.0 liter W16 is tuned to output nearly 1600 horsepower, giving it a 0-60 time under 2.5 seconds. Only 10 of them were made and CR7 shelled out almost $10 million to guarantee he was one of those select few.

In 2019, McLaren created a mid-engine supercar in honor of Brazilian motorsport legend driver Ayrton Senna, who had won multiple F1 World Championships for the McLaren F1 team. They would make 500 of these cars, which were described as "rewriting the supercar rulebook" by Jeremy Clarkson. Compared to the previously mentioned Bugattis, the McLaren is downright affordable at a little over $1 million.

Not every car in Ronaldo's impressive collection was purchased by himself.  For his 35th birthday, his girlfriend Georgina Rodriguez bought him a Mercedes G-Wagon Brabus edition. While the humble G-Wagon is something of a footballer staple (hell, Roy Kent drives one in Ted Lasso), the Brabus edition takes things another step further. With the option of either a V8 or V12, it should come as no surprise Ronaldo has the V12 edition which can do 0-60 in under 3.8 seconds. (Remember, this is an SUV.) The horsepower on this thing is also something to behold, as it packs a whopping 900 horsepower punch. Naturally, the V12 version was limited to 10 produced for about $850,000.

Ferrari, Lamborghini and Maserati Round Out Cristiano Ronaldo's Car Collection 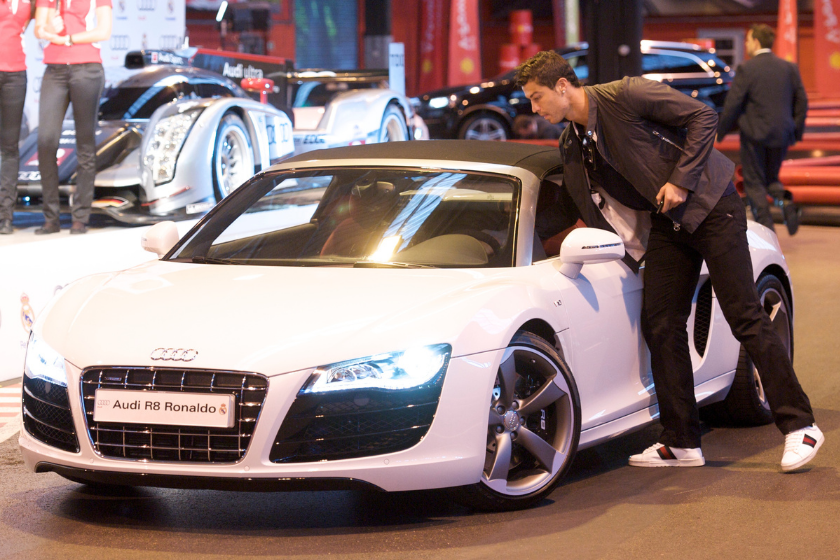 Any ONE of these cars is the stuff that car enthusiasts spend their time dreaming about. Ronaldo owns all of them, and it's not even scratching the surface. If I had the garages he did, I'd be okay with having one of the world's most meme-able statues made of me too.