Landon Donovan is a U.S. Men's National Team legend. His goal to beat Algeria and escape the group stage of the 2010 World Cup in South Africa went down in history as one of the best for the CONCACAF side. But for all of his great moments in U.S. soccer history, Donovan remains a divisive figure in the game. On paper, Donovan should be the golden boy of U.S. soccer, an American David Beckham of sorts. Instead, his legacy is a bit murkier. What happened to the famous U.S. footballer after he hung up his cleats?

He was a Pretty Good Player...Within the United States 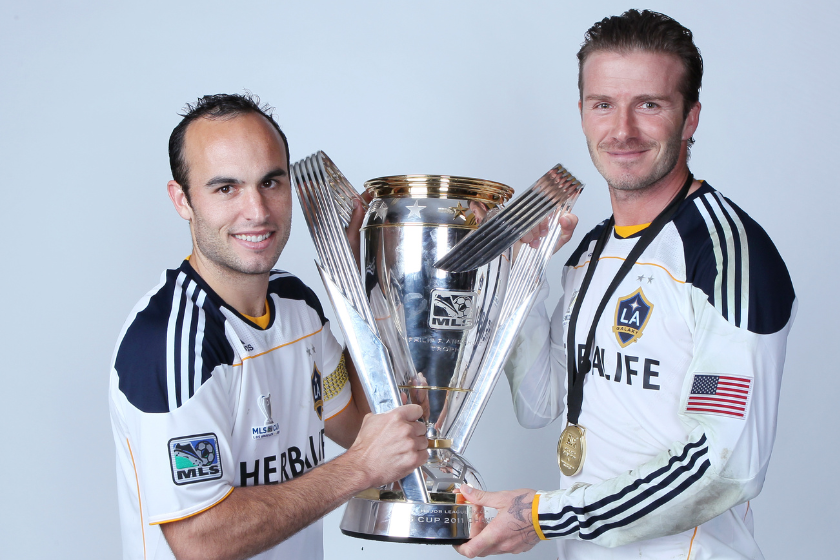 He spent his playing career on the club side, primarily for Los Angeles Galaxy of Major League Soccer. But he also saw spells in the Bundesliga with Bayer Leverkusen and Bayern Munich, the Premier League with Everton, the Liga MX with Club León, and the San Jose Earthquakes in MLS. However, the American was unable to make a mark anywhere other than when his club was based in the U.S.

A prolific goal scorer for the USMNT and LA Galaxy alike, Donovan played at a time when American soccer wasn't necessarily scoffed at during the FIFA World Cup, including a quarterfinals appearance in 2002. Although, while the 2014 World Cup installment should have been his swan song with U.S. soccer, he was left out of the squad by then head coach Jurgen Klinsmann. He had a temper tantrum. And I loved every second of it.

Landon is an Insufferable Villain in the Eyes of Some

He has Brazil defeating USA in the World Cup final.

It's hard for me to not send mean tweets about Donovan. He famously pushed the nation to support the one soccer team that would be considered the biggest enemy to the U.S., the Mexican National Team, in the 2018 World Cup in Russia for which the U.S. did not qualify. It was, truly, unfathomable to me that he could trade red, white and blue for Mexico that easily. Any yet, he did. So every time I hear his voice, I want to throw something at the TV.

He was voted best U.S. player of all time; and though he claims he doesn't get caught up in subjective awards, he certainly made a point to remind us of it.

Donovan doesn't just spend time making our ears bleed while watching him on TV. He also put out one of the most absurd World Cup brackets I've seen, which sees the United States out of Group B as the winners, then beating Ecuador, France and Cameroon on the way to losing to Brazil in the Final.

He also picked Argentina and Saudi Arabia to exit Group C. That felt far-fetched, up until the latter managed a win against the former in the group's first matchup. It seems odd that he has shunned his otherwise-favored Mexico and ignored Poland all together. 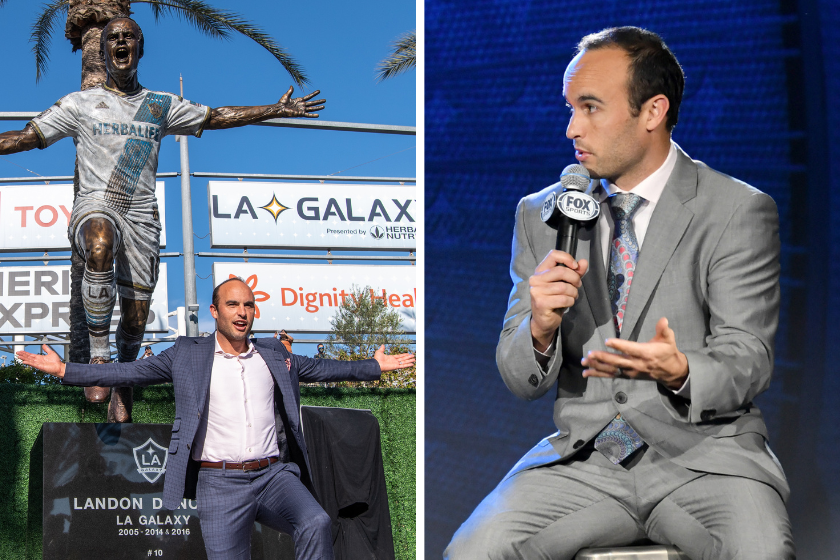 Nowadays, the former all-star and MLS Cup and Gold Cup winner finds himself on Fox Sports pundit duty at the 2022 World Cup in Qatar. He's been in the booth and on set for pre- and post-game commentary alongside USMNT teammate and former Fulham midfielder Clint Dempsey, former U.S. soccer defender Alexi Lalas, and a smattering of others including former United States women's soccer player Carli Lloyd.

Aside from his steaming-hot trash takes, he also is part owner of the USL Championship's San Diego Loyal SC. Now, I'd love to see him dive deeper into that and spend less time on my television.