There are certain sports moments that if you saw them in realtime, you remember where you were as you watched. Auburn's "Kick Six." Sergio Aguero's 2012 Stoppage-Time Winner. Lebron's Block. Usain Bolt's Smile. That moment for the United States Men's National Team is Landon Donovan's goal against Algeria, and there are three separate things that put this in the running for "Greatest American Soccer Moment", and cement it for "Greatest American MEN'S Soccer Moment." 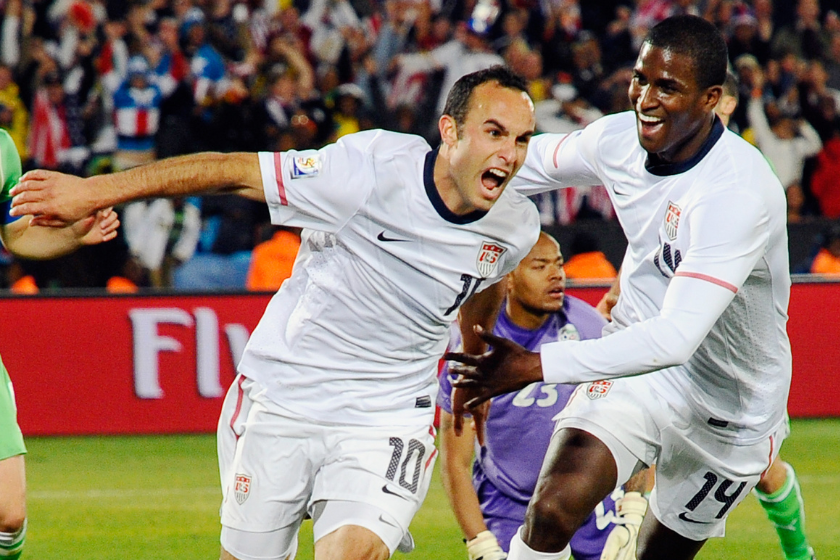 To understand the importance of the moment, we need to go over a few simple facts. When this third and final matchday of the group stage kicked off, Slovenia was atop the group with four points, the United States and England were level on two points, and Algeria had one point. A real "Group of Draws" up to this point. So, the stakes for the USMNT were simple: win and advance to the knockouts. And to be clear, anything short of that would be considered an absolute failure for this team, and risk ruining 30 years of progress for US Soccer as a whole. If we could not find a way to beat the worst team in the group, well, to quote Taylor Twellmen a few years later, "What are we doing?"

As the match progressed, alarm bells started to sound. Algeria was far tougher than anyone outside of Algeria expected, and opportunity after opportunity seemed to be not swinging in the US's favor. Clint Dempsey had an early goal disallowed for offside, and in the second half he rattled a shot off the woodwork and put the rebound wide of the net. To put matters worse, England had scored in the first half and was up 1-0 on Slovenia, meaning a draw was not enough to progress out of the Group Stage. As we entered the four minutes of stoppage time, England had secured their victory. A goal was needed and was needed NOW.

It is the 91st minute and "Greatest Living American" Tim Howard catches a routine save. The forwards immediately break down the pitch. The most important moment of the entire game happens next. Howard throws a PERFECT ball nearly halfway up the pitch in the air, over at least seven Algerian players that one hops on its way to hitting Landon Donovan in stride. The break is on. With Edson Buddle to his left, Jozy Altidore to his Right, and Clint Demsepy ahead of him, they approach the Algerian 18-yard box. Donovan lays the ball off to Altidore who centers the ball to Dempsey, who shoots the ball... right at Algerian goalkeeper Raïs M'Bolhi, the story of Dempsey's night. But the ball spills back into the 6-yard box just as Landon Donovan is finishing his run behind the play and slams the ball into the back of the net on his way to celebrate at the corner flag. The game has been won and the US will advance. Euphoria, jubilation, pandemonium.

Fan Reactions Both in South Africa and in the U.S.

As great as the moment is, it's possible the reactions to it are even better. While the goal was rightfully replayed on sports programs the world over, they were also accompanied by footage of packed bars and watch parties from across the United States and the world over. That euphoria, jubilation, and pandemonium that was visible on the pitch and in the stands in South Africa was on display everywhere. Maybe it's because in 2010 social media, especially YouTube was starting to blow up, and camera phones were more far more common than in the past, but the reaction videos blew up just as virally as the goal itself. Watching this supercut of reactions gives nearly the same chills as the above video does to this day. 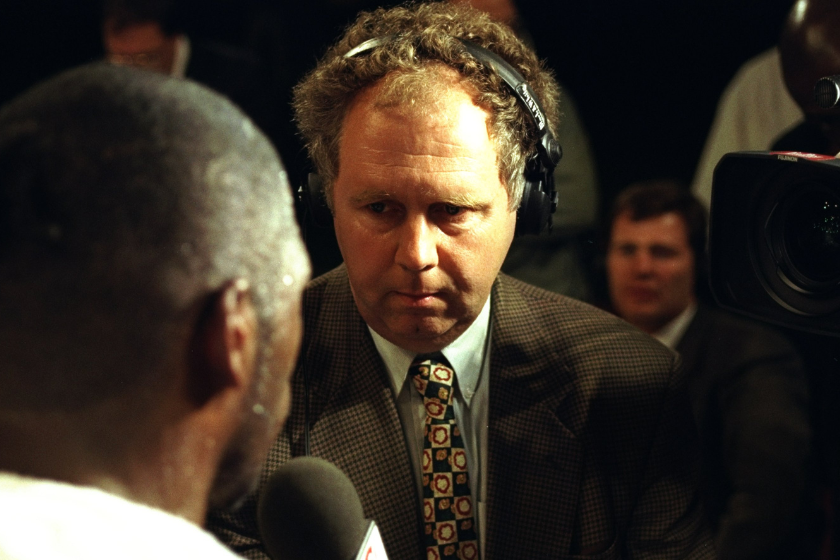 No great highlight is truly complete without a great call. Is the Miracle on Ice the same without Bob Costas' legendary call? Is it possible to see Foreman knocking out Frazier without hearing Howard Cosell in your head? Well, Ian Darke's call on the Donovan goal is on that level.

"Howard, gratefully claims it. Distribution, brilliant. Landon Donavon... are things on here for the USA? Can they do it again? Cross... and Dempsey is denied again. And Donovan has scored! Oh, can you believe this! Go, go USA! Certainly through! Oh, it's incredible! You could not write a script like this!"

Over the backdrop of the constant vuvuzela's, Ian Darke, a British football commentator freelancing for ESPN's World Cup coverage, perfectly embodied what every American watching was feeling in real time. The euphoria. The jubilation. The glorious pandemonium.