Yes, I watched The Social Network again this weekend, and yes it still rocks.

LeBron James is cool. Not only because he's 6-foot-9, 250 pounds, and there's one of him. It's because LeBron inked a deal with Nike back in 2015 that could earn him a cool billion.

Coming out of St. Vincent-St. Mary's High School, LeBron was the most sought after draft prospect on the shoe market in 2003. Adidas offered $60 million, Reebok offered $115 million, and Nike offered $87 million.

James signed with the Swoosh and was the unquestionable first-overall pick by the Cleveland Cavaliers in the 2003 NBA Draft. His first shoe, the Air Zoom Generation, was released prior to his rookie debut in various colorways.

Seven years later, James, the best player in the league, re-signed with Nike in an undisclosed deal. LeBron took his talents to the Miami Heat to team up with Dwyane Wade and Chris Bosh, winning NBA championships in 2012 and 2013.

James returned to Cleveland in 2014. In December 2015, the four-time NBA MVP inked a lifetime deal with Nike that could bring in more than $1 billion.

"I'm very humble, man," James told reporters, via ESPN. "It's been an unbelievable time for myself and my family, and I'm just grateful that Nike and [Nike founder] Phil Knight and everyone over there just believed in a skinny-old, skinny 18-year-old kid from Akron, Ohio, and I'm happy to be a part of such a great company."

The deal is reportedly worth $30 million annually, which could surpass the billion dollar mark by the time he's 64. At the pace he's going, LeBron could still be in the league tearing it up with his grandkids.

"Yeah. It's a fantastic deal," James' business partner Maverick Carter told GQ. "Nike feels great about the deal. That's the most important thing. As great as I feel, as great as LeBron feels--Nike feels fantastic about it. It's the largest deal in the history of the company. Their hope is he makes even more. And our hope is that, too, obviously."

How Does LeBron's Deal Stack Up Against Other NBA Stars? 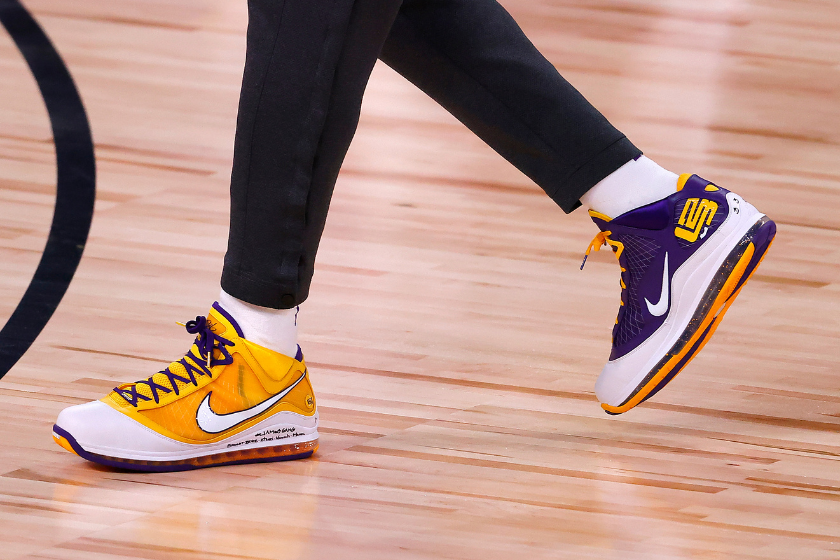 The deal is believed to be the first of its kind for Nike. Previously, Kevin Durant's 10-year, $300 million deal had been the largest in company history.

According to a 2019 Forbes article, James' $32-million income makes him the second highest-earning sneaker man in the NBA behind Michael Jordan.

How Many LeBron Shoe Styles Exist? 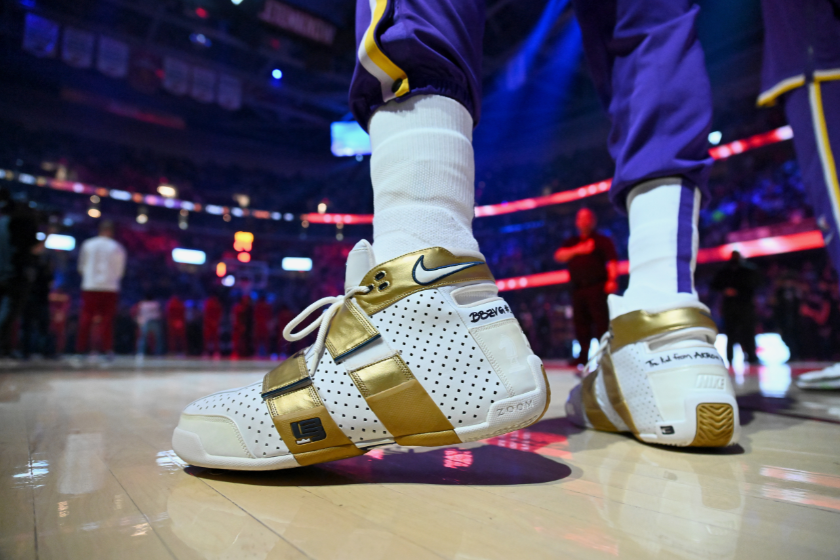 The NBA All-Star's signature shoe is on its 20th iteration. The Nike LeBron 20s were preceded by multiple versions of the Air Zoom and Air Maxes.

Over the years LeBron's signature zline of shoes has spanned multiple different silhouettes, colorways and even sports. It's not uncommon to see some MLB of NFL players wearing a pair of LeBron Soldiers, especially with metallic gold soles. In fact, LeBron's shoes have even made the crossover to the women's game, with many WNBA stars repping his Nike LeBron 19 model and even the low top LeBron 19 low. But that's always been the case.

Seriously whether it's the LeBron 3, LeBron 8, LeBron 9 Low, LeBron 15, LeBron 16, LeBron 17, LeBron 18 low or a multi-color LeBron 20, there's something for everyone to get max air with! Don't believe us? Just ask LeBron's son, Bronny James.

When he's not designing his newest sneaker, King James is looking to bring the Lakers back to the NBA Finals, espcially after he led the Los Angeles Lakers through the pandemic-riddled season in 2020. That NBA Bubble ring, his fourth overall, signifies that The King has it locked up on and off the court for a very long time.

This article was originally published on February 15, 2021, and has been updated since.