There is a long list of names that comes to mind when asked to think about pivotal figures in the history of basketball. Wilt Chamberlain. Bill Russell. Jerry West. Michael Jordan. David Stern. Kobe Bryant. LeBron James. This list goes on and on. But there's a name that should be on it that many people have likely never even heard of: former Nike executive Sonny Vaccaro.

If you recently became aware of Sonny Vaccaro, it's more than likely due to the fact that Matt Damon and Ben Affleck are teaming up to make a movie about his life. That's right, the sneaker world is making its way to Hollywood.

Those who do know the name through the sneaker world know him mostly for his involvement in signing Michael Jordan to Nike over Adidas in the early '80s. But that sells his involvement in shaping the relationship between sneakers and hoops short by a couple of magnitudes. Look at it this way, Sonny Vaccaro is so instrumental in creating the sneaker industry as we know it that ESPN made a full documentary on him called "Sole Man."

Pop quiz: what's the most successful signature basketball shoe of all time? If your answer has the word Air in it you need to try again.

Converse Becomes an All-Star on the Hardwood 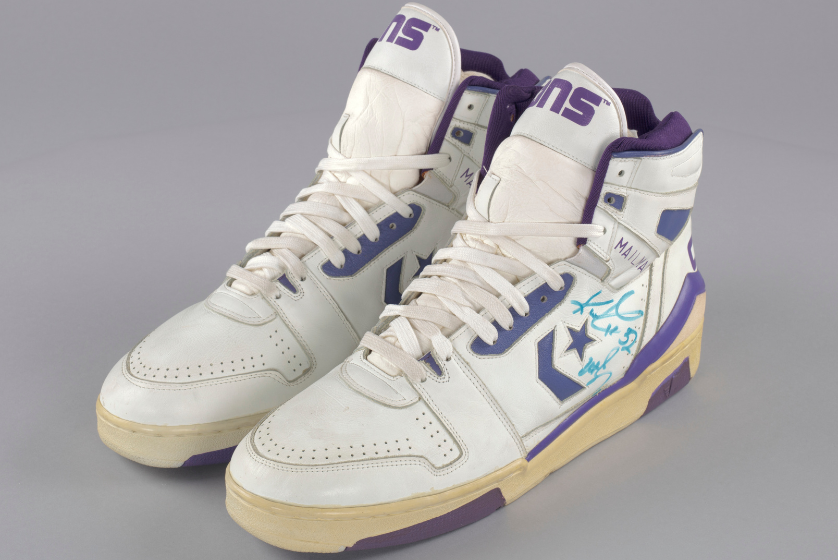 In 1923, Converse added Chuck Taylor's name to their All-Star basketball sneaker after a few years of Taylor helping to develop and tweak the shoe that was originally released in 1917. You can still buy that shoe today, nearly 100 years later, and it is truly an iconic design.

What does the Converse All-Star have to do with Sonny Vaccaro? Well, you need to understand that from the early success of the Chuck Taylor signature shoe, Converse became the major player in basketball shoes.

Most NCAA and professional players wore Converse shoes on the court. Converse was so popular they put out an annual "Basketball Yearbook" that featured players, teams, coaches and, eventually, ads for their shoes. The Yearbooks ran from the late 1920s all the way up to 1983, which is coincidentally the year before a certain GOAT's Rookie NBA Season. Or, maybe not coincidentally.

It's not like Converse was just giving shoes to these schools and players to up the brand's popularity either. When the St. Louis Hawks moved to Atlanta in the late 1960s, the team placed an order with Converse for 240 pairs of basketball sneakers and paid full price. It's easy to start to think that so dominant was Converse's stranglehold on the basketball shoe they weren't remotely prepared when a new challenger emerged in the market.

In 1972, a few graduates for the University of Oregon started a company focused primarily on improving track and field footwear. They named their company after the Greek goddess of Victory. Perhaps you've heard of them? By the late '70s, Nike was looking to branch out into other sports.

It is here where Vaccaro enters the story.

How Sonny Vaccaro Brought Nike Into the Mainstream 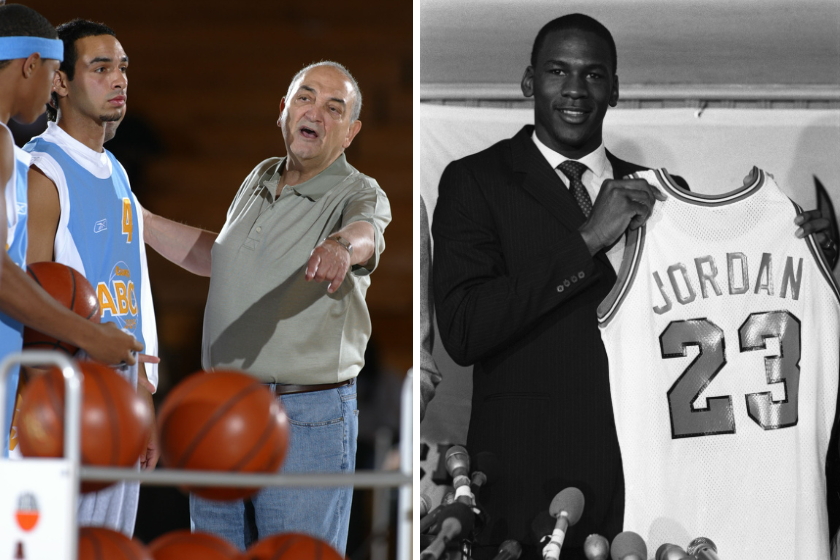 Sonny Vaccaro was a player agent during the days of the American Basketball Association/NBA Wars and the organizer and co-founder of the first national high school All-Star Game, the Dapper Dan Roundball Classic in Pittsburgh, with his boyhood friend Pat DiCesare. It was during his time promoting this game, and other similar events, that he started to build a relationship with Phil Knight's company.

Eventually, this led to the idea to give shoes to high school basketball players who attended the famous ABCD camp and college players, as well as paying some college coaches personal-endorsement fees. The coaches wouldn't be forced to wear the shoes but would get paid for speaking at clinics and their players would have access to shoes, but again, wouldn't be forced to wear them. Nike decided to give Vaccaro a couple of years to try this new sports marketing approach.

At first, Vaccaro though he'd focus on high school and small college coaches he already had relationships with from his promoting, but that quickly evolved. By the fall of 1978, he had signed some big-name coaches to two-year endorsement deals, including Lefty Driesell of Maryland, Bill Foster of Duke, who was just coming off a season that saw them lose in the national championship game, and John Thompson of Georgetown, who would eventually become the face of Nike Basketball in the '80s.

Converse was still the dominant force and was still holding on to its grasp. University of North Carolina head coach Dean Smith was also approached by Vaccaro, but he elected to stay with Converse (hence, Jordan wearing Converse in college). Because of Smith, Joe Hall of Kentucky and various other coaches sticking with Converse instead of taking the easy money Vaccaro and Nike were offering, Converse didn't act. Converse's own promotions officials thought that Nike was trying to "buy the business" which was a tactic they saw as desperate and therefore non-threatening. But Vaccaro also had relationships with players. Players who were entering the NBA. 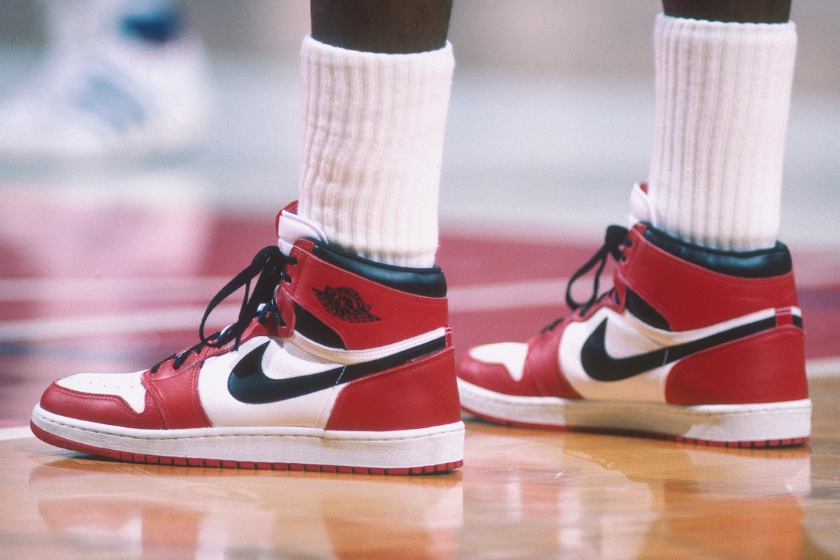 It was sports marketing executive Vaccaro who got Nike to pay players a percentage of total sales of basketball shoes sold if they were wearing them while on endorsement deals, a variation of the deals being set up with coaches. He was unabashedly creating what he called a "dollar society" and made no efforts to hide it.

I doubt anyone involved at Nike, or even Vaccaro himself, would've thought his marketing idea would've worked so successfully and so quickly. But by the early '80s, Converse's grasp on basketball was slipping. They still held the market share of NCAA schools, but most of the schools they equipped were the big-name D1 schools, as other schools like Big East behemoths Syracuse and Georgetown took sneaker deals from Nike. Simply put, the best players were no longer playing in Converse.

And that all came to a head in 1984 when Vaccaro helped Phil Knight convince the best basketball prospect in the country to sign one of the first sneaker endorsement deals ever with Nike and not Adidas, thus changing the game forever.

And that's how Air Jordan was born.

In the Chicago Bulls documentary "The Last Dance," Jordan opened up about the groundbreaking sneaker deal, revealing that he initially wanted to go with Adidas, but his parents swayed him to Nike.

But Vaccaro didn't just stop with Jordan. After Vaccaro was let go by Nike and replaced by his best friend George Raveling, and he moved to Adidas where he snagged big names Tracy McGrady and Kobe Bryant for the brand, but also let others like Allen Iverson slip to Reebok. Vaccaro also had a big hand in helping Ed O'Bannon bring down the NCAA's stronghold on making money from collegiate athlete's image and likenesses.

Without Sonny Vaccaro, there's no NIL deals and no Air Jordan. Who would want to live in that world?