Former Boston Celtics center Bill Russell was a legend. There's no debating that fact, so don't even try. What the man did both on and off the basketball court is truly remarkable, and in 2018, four years before his death, his trophy case was finally complete.

Russell's NBA resume speaks for itself. He won 11 NBA championships in 13 seasons, five NBA MVP awards, an Olympic gold medal, was named to 12 NBA All-Star games and is universally considered one of the greatest players to ever lace them up. Hell, he even won two NBA Finals as a player-coach.

Off the court, he was awarded the Presidential Medal of Freedom for his accomplishments during the Civil Rights Movement. However, up until 2018, something was missing.

Back in 1975, Russell was inducted into the Naismith Memorial Basketball Hall of Fame. It was a no-brainer. After he won two NCAA Championships at the University of San Francisco, and ever since he was selected No. 2 overall in the 1956 NBA Draft by the St. Louis Hawks, the 6-foot-9 powerhouse was a transcendent player. The accolades were more than worthy of the honor, but Russell refused to accept his Hall of Fame ring.

Then, on Thursday, November 15, 2019, after more than four decades, Russell finally accepted his ring in a private ceremony that featured his wife Jeannine Russell, Alonzo Mourning, Ann Meyers, Bill Walton and several others.

Why did Russell wait until he was 85 years old to finally accept his HOF ring? Well, to him, it's pretty simple.

The Only Ring Bill Russell Turned Down 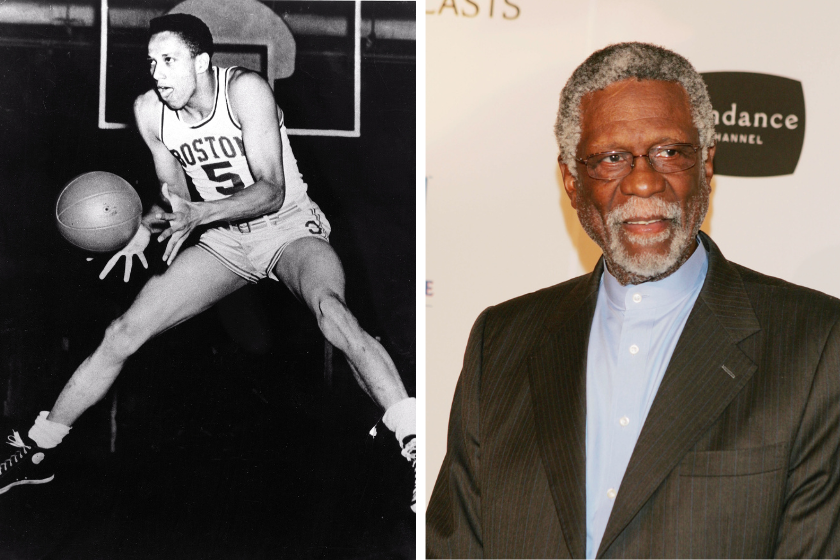 In 1950, Chuck Cooper became the first African-American player in NBA history when the Celtics drafted him in the second round. He played six seasons in the league but was never really a star basketball player.

That didn't matter to Russell. He was the first black player in the league, and Russell felt that Cooper, not him, should be the first African-American inducted.

At the time of his decision, Russell didn't give much of an explanation. "For my own personal reasons, which I don't want to discuss, I don't want to be a part of it. [I']m not going. They know that. I've felt this way for many years." That's it. To one of the greatest to ever play the game of basketball, that's all the explanation he saw fit to give.

Russell's Celtics coach and coaching mentor Red Auerbach didn't understand the decision at first. "Yes, I'm a little disappointed," Auerbach said. "It's the biggest honor you can get in the National Basketball Association, and besides, how many other people have been nominated for the Hall of Fame in their first year of eligibility?" Over the years, Auerbach would come to understand Russell's reasoning.

And then after 44 years, the moment Russell had been waiting for finally happened. Cooper, who passed away in 1984, was posthumously inducted into the Naismith Hall of Fame and that prompted Russell to accept his ring.

In a private ceremony w/my wife & close friends A.Mourning @AnnMeyers @billwalton & others I accepted my #HOF ring. In ?75 I refused being the 1st black player to go into the @Hoophall I felt others before me should have that honor. Good to see progress; ChuckCooperHOF19 @NBA pic.twitter.com/2FI5U7ThTg

Bill Russell played with other Hall of Famers on head coach Red Auerbach's Celtics basketball teams, including KC Jones and Bob Cousy. He even had playoff battles against superstar NBA players like Wilt Chamberlain. But it was Chuck Cooper who Russell was waiting for.

Russell, originally from Monroe, Louisiana, was in high school in Oakland, California when Cooper was a rookie. Cooper was out of the league when Russell was in his first year, too.

No matter how many regular season awards, Most Valuable Player honors, NBA titles and championship rings Russell won -- the most in the history of the NBA -- the Hall of Fame ring meant nothing to the NBA legend until Cooper got in.

Who knows, maybe Cooper was there to greet Russell at the Pearly Gates ready to take on the NBA legend in a game of 1-on-1.