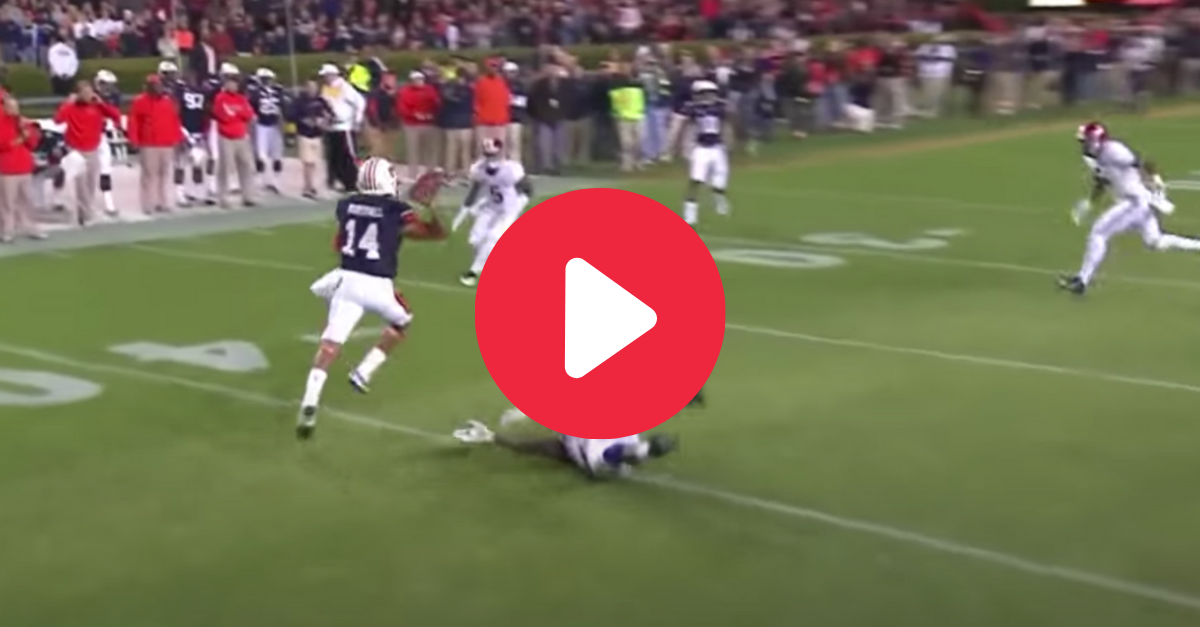 The 2013 Iron Bowl was the best of all the Iron Bowls, and it’s not even close. Of course, it ended on Chris Davis’ magical “Kick Six” return on a last-second Alabama missed field goal attempt that came up short. Auburns fans understandably went berserk inside Jordan-Hare Stadium.

That special game featured so many more incredible moments than just the final one, however. Alabama fans might have forgotten Amari Cooper’s ridiculous 99-yard touchdown catch from quarterback AJ McCarron, which set a school record.

Hopefully Auburn fans have kept in their memories the Nick Marshall touchdown that tied the game and paved the way for the Kick Six. Without it, Auburn probably loses and history is never made.

Auburn quarterback Nick Marshall needed a touchdown to tie the game. The No. 4 Auburn Tigers were losing to the No. 1 Alabama Crimson Tide, 28-21, with 44 seconds left in the fourth quarter of an SEC West classic showdown.

Marshall took the snap at Alabama’s 39-yard line and executed a simple option play. He faked a handoff to the running back and ran to his left. Alabama defenders sold out thinking he was rushing the ball.

Then, in a stroke of brilliance on Marshall’s part, he switched the ball from his left hand to his right just before the line of scrimmage and found wide receiver Sammie Coates down the sideline for a wide-open 39-yard touchdown pass. The slight-of-hand play tied the game at 28-28 and left Nick Saban stunned.

Auburn fans can smile knowing the how the final 30 or so seconds played out. Auburn’s Chris Davis caught Adam Griffith’s 57-yard field goal attempt in the end zone and returned it the entire football field for the victory.

The Tigers then beat Missouri in the SEC Championship game and took an undefeated record into the BCS National Championship Game against the Florida State Seminoles.

Head coach Gus Malzahn‘s team may have lost that national title game, but at least Auburn fans can take solace in what became the greatest college football game in Alabama-Auburn history and maybe even college football history.